Craig Wright’s FINAL SHOWDOWN and BSV Up Over 100%: Just Another Day in Crypto…

Craig Wright, the controversial figure claiming to be Bitcoin inventor Satoshi Nakamoto, has been granted until February 3rd to obtain access to the highly disputed Tulip Trust, worth approximately 1 million BTC, or over $8.8 billion at the time of writing!

In early 2018, Ira Kleiman sued Wright for approximately 1 million BTC over ownership of the stash of Bitcoin called the “Tulip Trust.”

The claim is that Craig Wright had illegally seized the Bitcoin and intellectual property of his deceased brother, Dave Kleiman, in 2013.

After a series of court hearings last year, Wright failed to disclose his Bitcoin addresses and holdings prior to December 2013 after being ordered by the courts to do so.

The legal battle has had many twists and turns throughout 2019, and up until now, Wright hasn’t proven he is Satoshi Nakamoto. He also stated that he wouldn’t have access to the Tulip Trust until January 2020 because he needed specific login details to gain access to the locked Bitcoin. 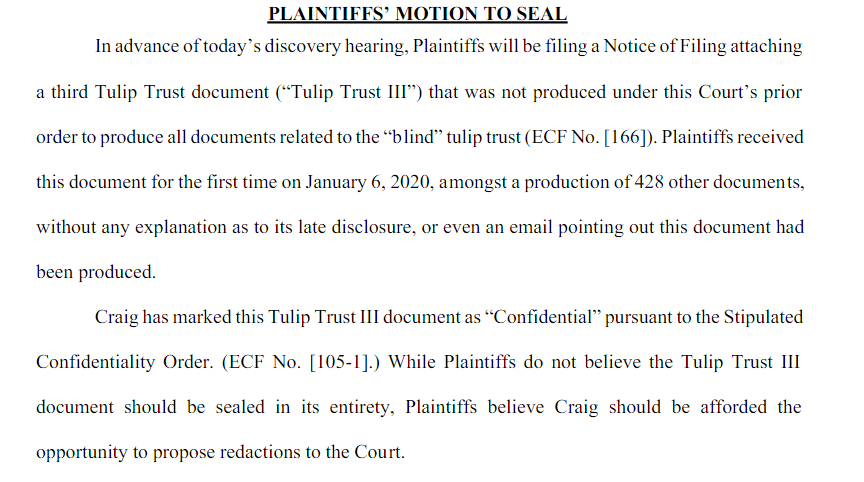 Wright claimed the Tulip Trust needed several keys to access the Bitcoin within it and that some of the keys were being held by an unknown entity. As a result, access to the trust would be obtainable once a bonded courier delivers the critical information, which is expected to happen THIS MONTH!

Craig Wright was also one of the leading personalities that opposed Roger Ver and Bitcoin Cash ABC (BCH) during the BCH civil war in late 2018 that tore the already fragmented BCH community in half!

Many blame the fighting within the Bitcoin Cash community for the abrupt drop in cryptocurrency values, triggering flagship coin Bitcoin (BTC) to bottom out at $3,200 from stability at $6,000 before the end of 2018.

What Triggered the Bitcoin SV (BSV) Mega Pump? How it Ties in With Craig Wright’s Legal Battle for 1 Million Bitcoin!

The recently submitted court document by Wright is a filed notice of compliance, notifying the Court “that a third party has provided the necessary information and key slices to unlock the encrypted file”, it also goes on to mention that Wright now has a full list of his Bitcoin holdings as requested by the Court last year… Things just got very interesting for the crypto-community! 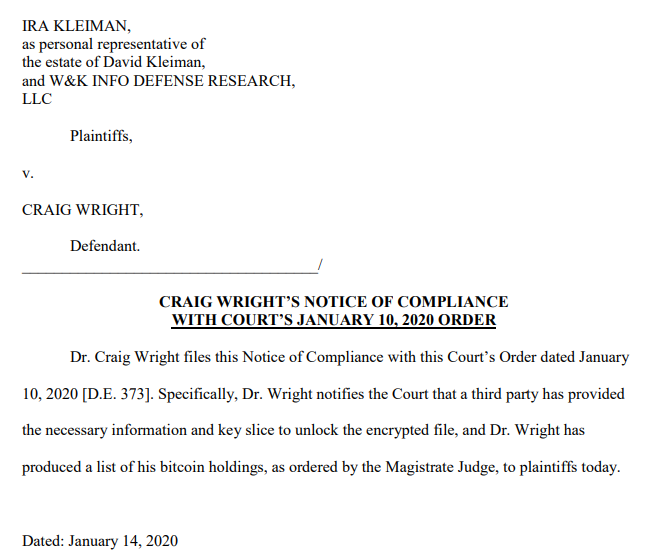 It’s likely that this news about the courier’s mysterious arrival has given bullish enthusiasm to the Bitcoin SV (BSV) community, making the news a positive factor in the recent price action of the coin, at the time of writing no funds from the alledged Tulip Trusts have been moved.

A @SEC_Enforcement case in the making, in 4 images.

Above, Key Bitcoin SV influencer Calvin Ayre hinting at BSV being a top four coin by market capitalization in 2020 on Twitter before removing the tweets.

Alongside BSV rallying over 100% and on the verge of surpassing its advisory Bitcoin Cash (BCH) and taking THE NUMBER-FOUR SPOT (as Calvin Ayre predicted), cryptocurrencies are all experiencing price breakouts. The big three are seeing large gains: Bitcoin is up 7%, Ethereum is up 13.8%, and XRP is up 12.8%, back above $0.20. 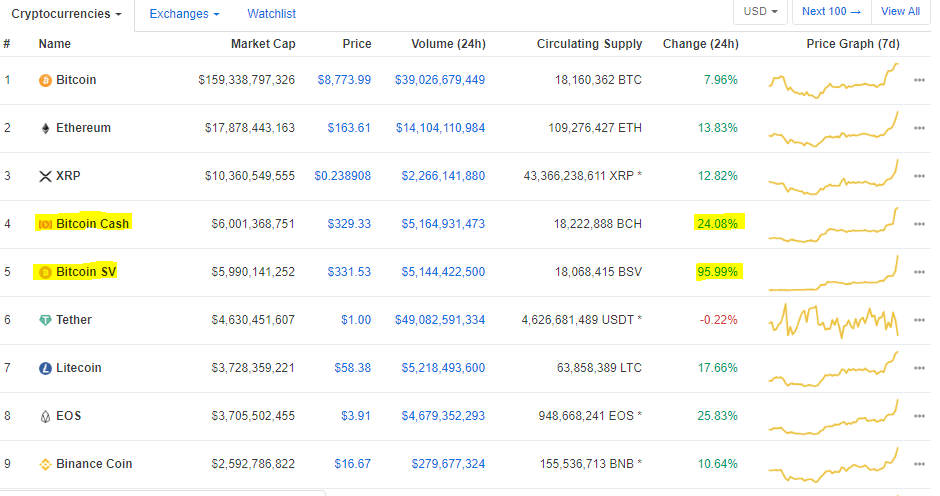 Craig Wright has come under heavy scrutiny in the past, with crypto exchanges Binance and Kraken delisting BSV due to Craig’s controversial statements and claims that Bitcoin would be dead before 2020!

A full list of the Court documents relating to the Wright/Kleiman battle over the Tulip Trust Bitcoin holdings can be found here.