Fast and Scalable: Is TRON Able to Compete With EOS and Ethereum?

Being one of the more controversial cryptocurrencies is nothing new for the TRON (TRX) community. The likes of TRX, BCH, and XRP have strong communities because of the barrage of criticism thrown at them.

During this deep bear market, TRON is shrugging off old criticisms and moving forward, aiming to become a serious contender in the blockchain sector through scalability, adoption, and speed.

Just like EOS and other projects, TRON originally used Ethereum’s network to build a tradeable digital asset to distribute amongst investors during its ICO phase.

Over the last twelve months, TRON has catapulted itself to fame and glory with CEO Justin Sun leading the community with statements like “All ETH developers need to migrate to TRON immediately!”

Similar to rival EOS, TRON’s blockchain went live earlier in 2018 after a successful ICO, with its TRX token starting life as an ERC-20 token on Ethereum’s blockchain. As TRON went live, the TRX token was migrated over to its new main net.

The TRON blockchain is made up of a three-layer system (storage layer, core layer, and application layer) using JAVA as the chosen smart contract language. Rival Ethereum uses Solidity. 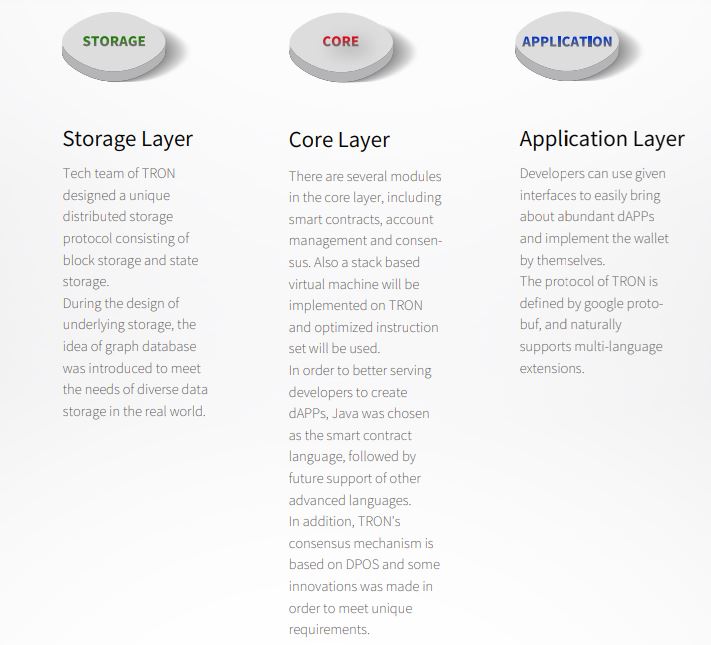 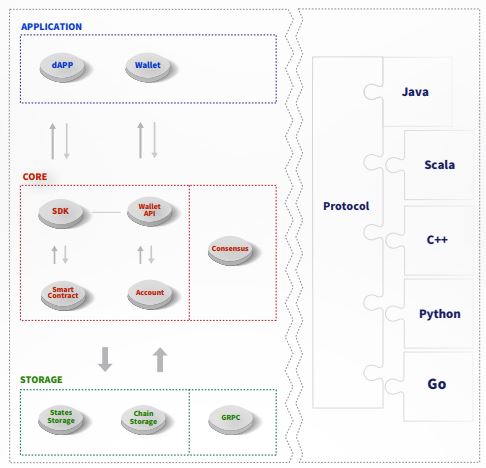 “TRON allows users to create their own contracts of any complexity they wish. Smart contracts will run on the virtual machine. In this way, TRON serves as a platform for developers to create many different types of applications that actualize complex scenes.” – TRON Design Book, Page 8

TRON aims at creating a scalable and cost-effective decentralized Internet. Using a Delegated Proof-of-Stake algorithm, users can acquire something called TRON Power by locking up (staking) their TRX tokens for periods of time.

TRON Power and the privileges it enables are based on how much TRX is locked away and for how long. This gives users the entitlement to various features TRON has to offer, such as voting rights, DApp (decentralized application) development, and more.

Voting rounds for representatives happen multiple times a day. EOS has a similar system in place, although the ones voted are labeled as block producers. 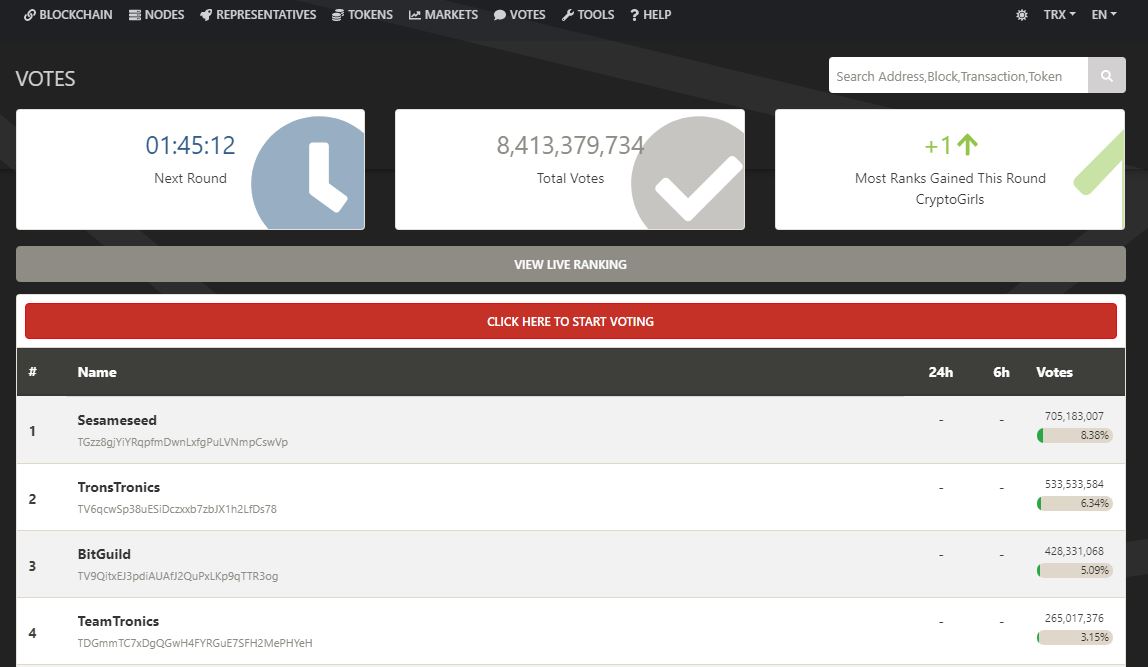 Above is an image of the Tronscan wallet voting page. At the time of writing, Justin Sun is 14th  and BitTorrent is 17th out of 27 chosen reps.

Anyone below 27th is classed as a candidate.

Tron Has More Activity Than Ethereum?!

Here’s the fun part! According to numerous blockchain activity websites, TRON is now outperforming Ethereum in terms of network activity, something that many enthusiasts were quick to point out against Ethereum! 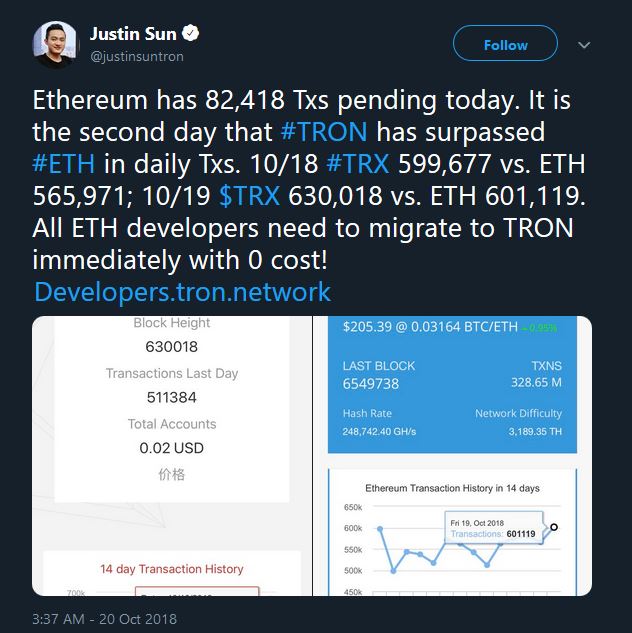 Since the recent activation of the TVM and protocol upgrades in early October 2018, TRON’s active number of DApps has more than doubled in the span of two weeks. 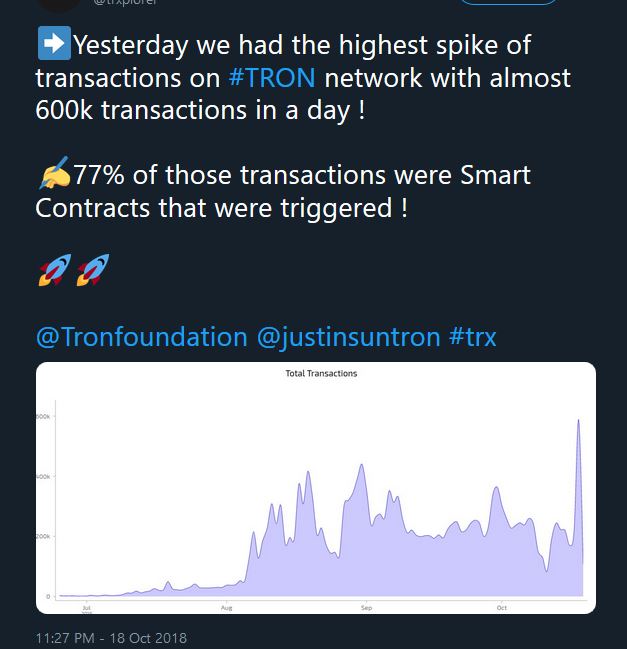 The future looks interesting for TRON and its TRX token. Now more than ever, the development for real-world usage and scalability is key to the survival of every blockchain project in the sector. TRON seems to be more active than others and could pose real competition to the likes of EOS, Ethereum, and other smart contract platforms in the future. 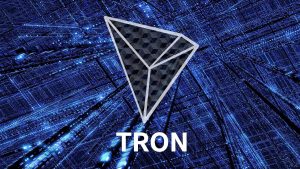