Game On! Are Soros and Rockefeller Entering the Blockchain Sector?

Game On! Are Soros and Rockefeller Entering the Blockchain Sector?

Blockchain Tech Can’t be Ignored by the 1% Any Longer

News is circulating the Internet that U.S. investment fund Soros Fund Management has apparently given the approval for cryptocurrency operations!

According to Bloomberg, Adam Fisher, head of macro investment at Soros Fund Management, was given the green light internally but has not yet made any official comment on the matter.

Also worth noting is that Soros Fund Management bought a significant amount of shares in Overstock.com, which recently announced a cryptocurrency-based trading platform. 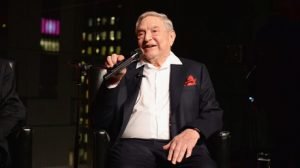 The news comes at an interesting period where blockchain technology and cryptocurrencies are disconnected. The technologies’ levels of development and businesses positioning themselves to benefit are moving at an accelerated rate while the price continues its downward spiral, ultimately adding a less speculative but realistic outlook to the space.

In a recent speech at the World Economic Forum in January, Soros slandered cryptocurrencies, labeling them as unstable and based on a misunderstanding. Soros stated:

“Bitcoin is not a currency because a currency is supposed to be a stable store of value and the currency that can fluctuate 25% in a day can’t be used for instance to pay wages because wages drop by 25% in a day. It’s a speculation. Based on a misunderstanding.”

Similar to Jamie Dimon’s U-turn on calling cryptocurrency a fraud, Soros seems to be warming up to the new form of money and its underlying technology, or perhaps he is playing the media to his advantage!

It’s not just Soros who is seeking to capitalize on the cryptocurrency mania! Venrock, the official venture capital arm of the Rockefeller family, has collaborated and partnered with CoinFund, a cryptocurrency-based investment fund.

It seems like the pieces on the board are moving into position to remain dominant in this new technological wave of innovation. 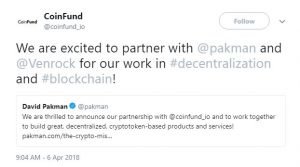 Does Any of This Have Influence on the Markets?

With some of the world’s wealthiest and financially influential people beginning to focus on cryptocurrencies, it opens the gates for more institutional capital to flow into the blockchain ecosystem.

As the combined market cap for cryptocurrencies stands at around $260 billion at the time of writing, the industry is still small when compared to other markets, such as gold. A sharp increase from big players could reverse the current downtrend and return the cryptocurrencies to all-time highs, similar to last year.

With this level of corporate capital entering, we could also see regulations ease off or become more flexible. Too much regulation could push innovation into a new “safe haven,” and we can already see this, as most ICOs register in Switzerland or the far east.

Creating real services and products with blockchain technology is the primary focus, and we could see steady growth in terms of trade prices as cryptocurrencies become more liquid.

The world’s elite are now focused on building the infrastructure so they can stay relevant. Ripple is a classic example of central banks and corporations innovating to keep up and stay at the top of the pyramid.

Disclaimer: This is not investment advice. Please research, and only invest what you can afford to lose!