Internet giant Google is ending part of its cryptocurrency-targeted advertising ban, with plans to allow regulated cryptocurrency exchanges to purchase ads only in the United States and Japan, according to a recent announcement.

The new policy goes into effect in October for the U.S.A. and Japan only.

“The Google Ads policy on Financial products and services will be updated in October 2018 to allow regulated cryptocurrency exchanges to advertise in the United States and Japan.

Advertisers will need to be certified with Google for the specific country in which their ads will serve. Advertisers will be able to apply for certification once the policy launches in October.

This policy will apply globally to all accounts that advertise these financial products.”

After the demise of Ponzi scheme Bitconnect in early 2018, Google and Facebook announced that the ban would take place from June onwards as a step to protect investors from bad actors and fraudulent ICOs.

However, it wasn’t just Google and Facebook talking tough. Twitter and Snapchat also cracked down on crypto-related ads and various YouTube channels focused on blockchain and cryptocurrencies found themselves demonetized or payment vendors no longer accepting sales in the form of cryptocurrency.

While the ban is still in effect, the news is a step forward and shows that businesses, regulators, and government are warming to the idea of digital assets being a serious component of our economy in the future, realizing they need to face their fears and not hinder innovation. 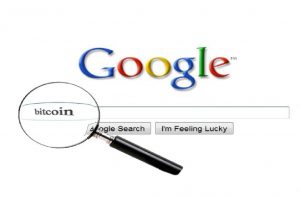