Harvard Steps Into the Realm of Cryptocurrencies Via a Token Sale

Following the ongoing and quiet shift towards digital assets and blockchain technology, Harvard University is now entering the sector through an approved token sale investment in blockchain start-up Blockstack.

Harvard management, alongside other institutional investors, have purchased over 90 million of the “stacks” token, estimated to be worth $11 million.

“Blockstack Token LLC, our wholly-owned subsidiary, today announced that it has filed an offering statement with the Securities and Exchange Commission (SEC) to conduct a $50 million token offering using the SEC Regulation A+ framework.

The offering is expected to be the first SEC-qualified token offering of its kind.

The net proceeds of the offering will be used to accelerate the development of the Blockstack decentralized computing network and app ecosystem.” – Blockstack token offering announcement

Initial coin offerings (ICOs) and token sales carry a high level of controversy due to the unregulated, manipulated nature of the process. In 2017, ICOs were unchecked and rampant in their ability to create millionaires, but also rinse an investor dry!

Despite the risks, using digital assets as a method for raising capital has its merits and potential once the industry cleans up.

According to a recently submitted statement, Blockstack Token LLC will be the first SEC-approved token sale. 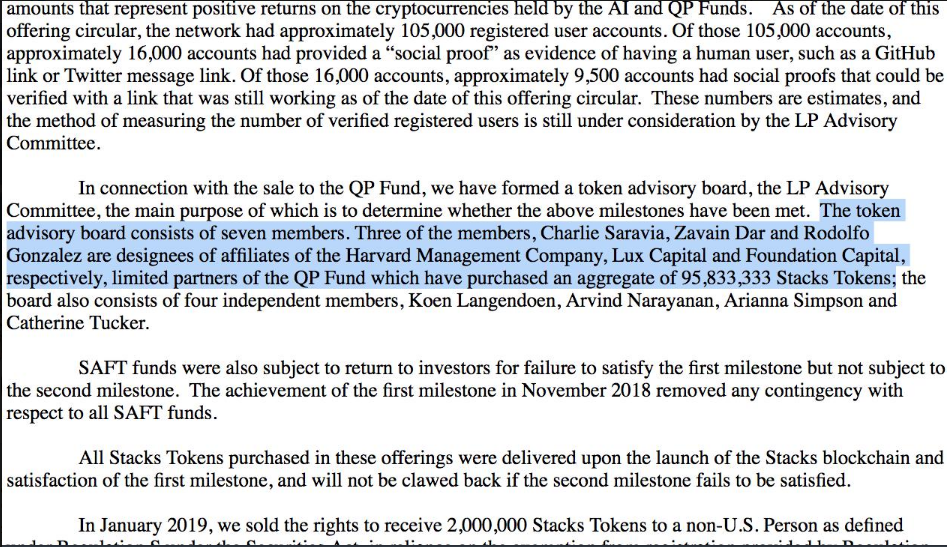 Keeping Up With Modern Trends

As stated in previous posts, regulatory clarity is a key component for institutions to enter the cryptocurrency sector due to the high level of risk with cryptocurrencies, manipulation, and volatility.

With Blockstack’s approval granted by the SEC and high interest in cryptocurrencies, Harvard could set an example that prompts other institutions on the sidelines to take part in legitimate token sales.

Another interesting point is that Harvard Endowment went under a “radical change” in 2017, including the dismissal of 230 employees responsible for managing roughly $30 billion. It’s a move that was likely made to implement a more modern and open approach to opportunities such as cryptocurrencies and other emerging sectors.