The Future is Here!

Taiwan’s capital city, Taipei, will be one of the first to roll out identity cards powered by IOTA’s technology in its ongoing campaign to become a “smart city” based on distributed ledger technology, focusing on IOTA’s Tangle technology.

Taipei has chosen to integrate the Tangle into its citizens’ everyday lives, with the launch of the new identification cards set for later this year.

It doesn’t stop there: IOTA’s technology is also being tested to manage and regulate air pollution. Using small devices to record information, the Tangle would then be used for storing and analyzing data in a more efficient and streamlined manner.

“With Taipei City always thinking ahead and with IOTA’s technology, this partnership is a strategic move to usher in the era of smart cities to the citizens of Taipei.” – Wei-bin Lee, Commissioner of Taipei’s Department of Information Technology.

IOTA is one of the most highly-anticipated projects in the cryptocurrency and blockchain space, currently ranked ninth by market cap and trading for $1.18 at the time of writing.

The new ID card is designed to restrict identity theft and add an additional level of security to sensitive information. If successful on a global level, this could eventually render the need for multiple ID cards or paper-based ID (such as passports) obsolete.

Smart Cities Across the Globe

It does not stop in Taipei. Dubai is pushing to become a smart city powered by blockchain tech to innovate redundant processes, including land registry, government services, and payments. China is even using complex algorithms to judge and rank citizens’ social behavior!

Smart cities benefiting from scalable tech solutions could trigger huge job displacement, especially with artificial intelligence seemingly merging with blockchain technology. While offering greater security, information can be easily processed, but the question that no one is asking is how much privacy people will retain…

How Does IOTA Work? Why is it Not a Blockchain?

IOTA has received heavy criticism from many in the cryptocurrency community, mainly due to its approach to scaling and its underlying technology. IOTA is supposedly quantum attack-proof, but the real skepticism comes from it being ternary-based.

Most modern computer systems use binary (0 and 1), while ternary is 0, 1, and 2. IOTA is still compatible with binary systems and stands firm by its approach, despite rivalries with Ethereum and others. 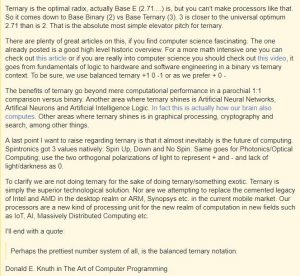 IOTA is not a blockchain and does not use blocks like Bitcoin, Ethereum, or EOS. Instead, it uses a directed acyclic graph (DAG), more popularly known as the “Tangle.”

The Tangle eliminates the need for miners and network fees, making the gap between users and validators non-existent.

Each square box in the above diagram represents a transaction on the IOTA network (right to left). For every new transaction, two more transactions are further validated in the Tangle network.

Until the needed approval threshold is reached, the more a transaction is validated, the more likely it will be validated on the network.

With more transactions and data on the network, it becomes faster and can harness more volume (in theory)!

Disclaimer: This is not investment advice. Please conduct research and only invest what you can afford to lose. 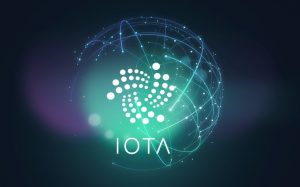