If Bitcoin Moves, Altcoins Move Too! But Does the Market Cap Dominance Change?

After an explosive start to the year, Bitcoin is now on the verge of hitting $10,000 (again). In the last year, the majority of market capital sloshing within the cryptocurrency markets has been Bitcoin’s, with a dominance of over 60%. 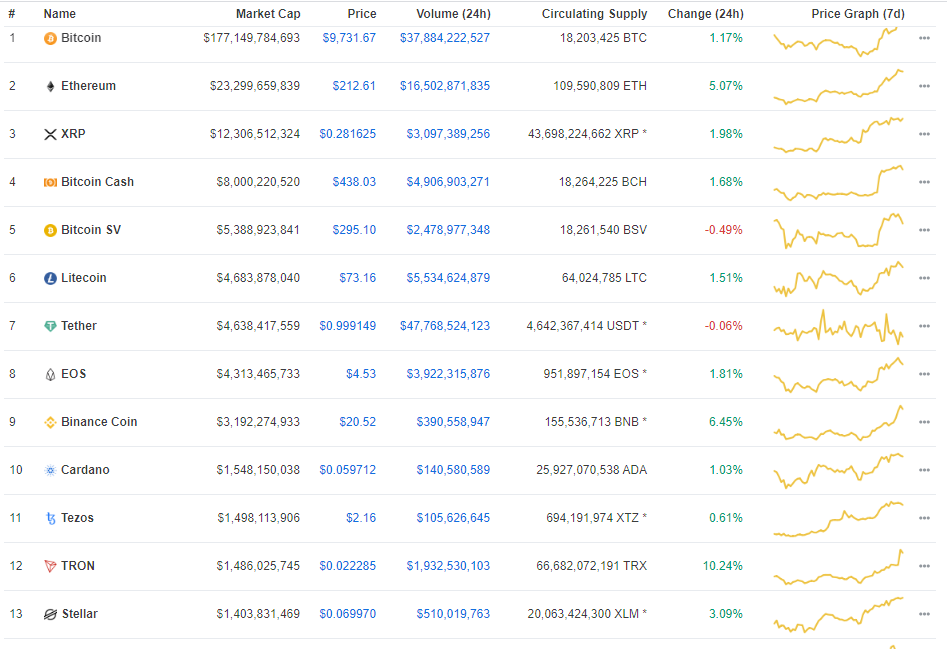 2018 and 2019 were brutal for altcoins. With crushing retracements from all-time highs, Bitcoin breaking out in 2019 left altcoins wiped out. The image below shows the exchange of dominance during certain periods. 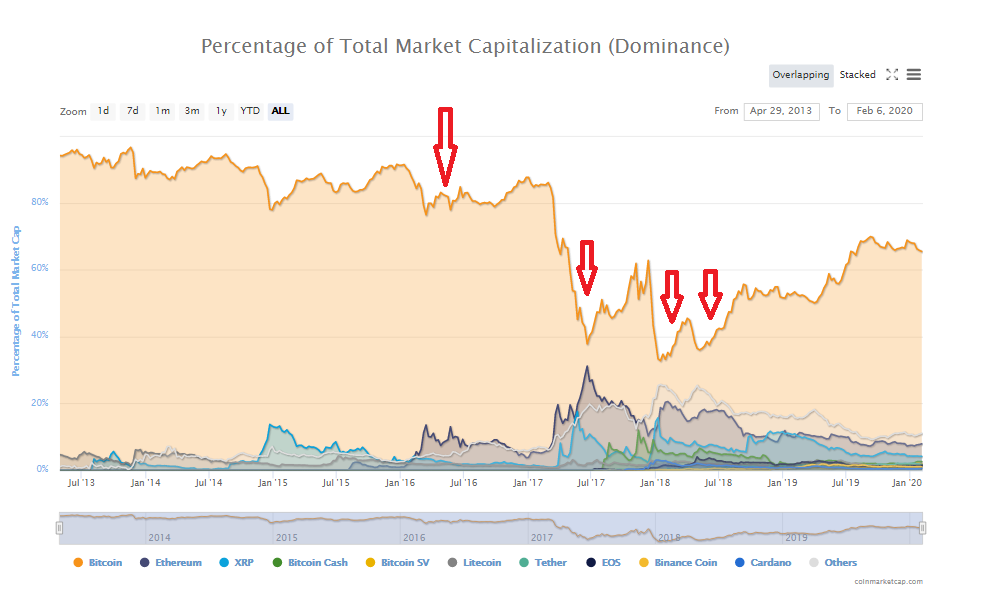 Bitcoin had numerous flash pumps in 2019, but altcoins failed to keep up with the momentum while BTC dominance continued to rise. Could 2020 be the year altcoins make an explosive comeback alongside the number-one cryptocurrency? 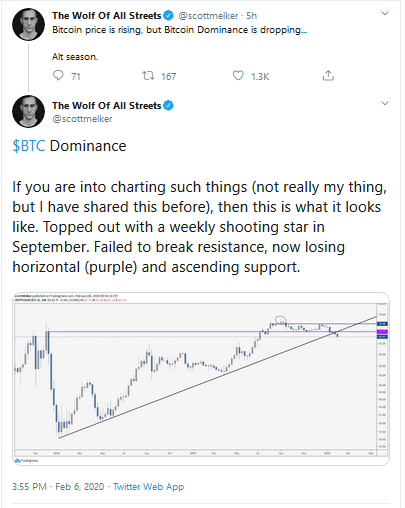 Charts measuring market capital dominance in USD are not always embraced by analysts and they often consider other variables. Stablecoins such as USD Tether can also play a role in the digital asset markets.

Market cap dominance is a popular tool for traders and investors to judge the relationship between Bitcoin and altcoins. If Bitcoin’s dominance drops, it usually indicates that capital is flowing into altcoins and triggers altcoin season.

Altcoins are Taking a Stand in Recent Weeks!

“Altcoin Season” is a term many traders and investors in the crypto community use to describe an uptrend in price and market dominance amongst altcoins.

2020 has already been a strong year for altcoins. After staying in Bitcoin’s shadow since the end of the 2017 bull market, numerous altcoins have broken out this year and have returned impressive gains to investors.

Some examples of popular cryptocurrencies that have started 2020 with a bang are the following: 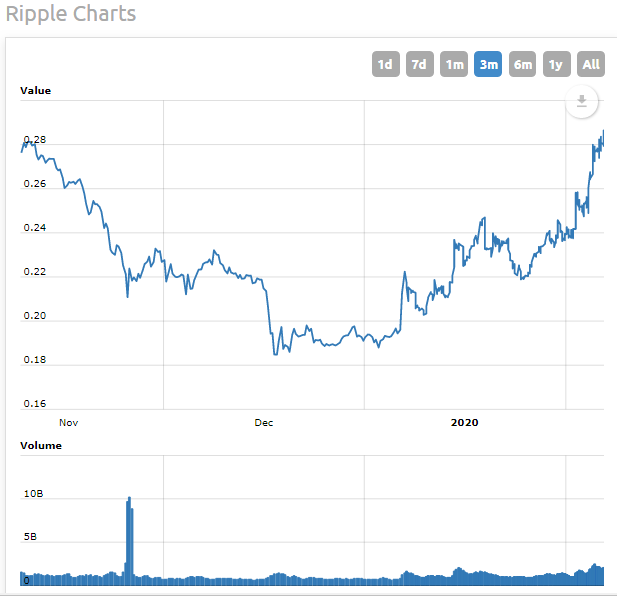 The number-three cryptocurrency that is being pushed for adoption by Ripple, SBI, and R3 has been hammered by bears more than others.

While still decimated from all-time highs of over $3.00, XRP has had a strong start to the year, hitting long-term support levels and battling resistance at $0.30. The news of Ripple reducing its monthly sales of XRP could be having a positive impact on the price. 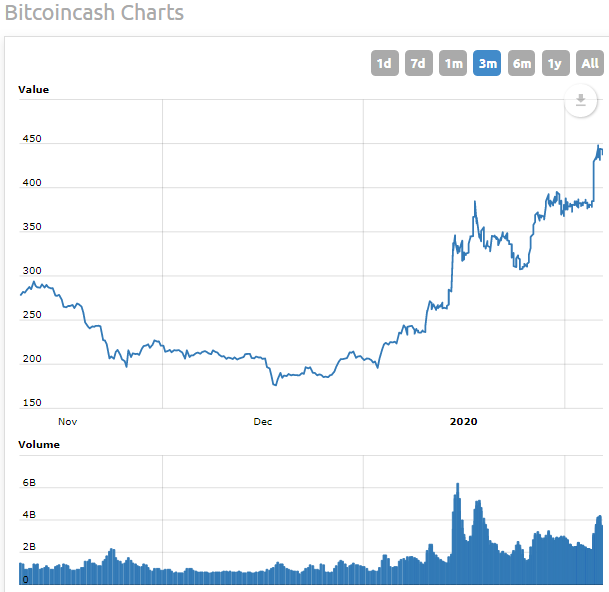 Bitcoin Cash is another controversial digital asset, but despite the opinions of skeptics, BCH has delivered impressive returns in recent months.

BCH has been in the headlines for controversial developments within its mining community. While it is a fraction of BTC’s size in market cap, Bitcoin Cash’s volatility has helped it double in price since starting 2020 at close to $200. 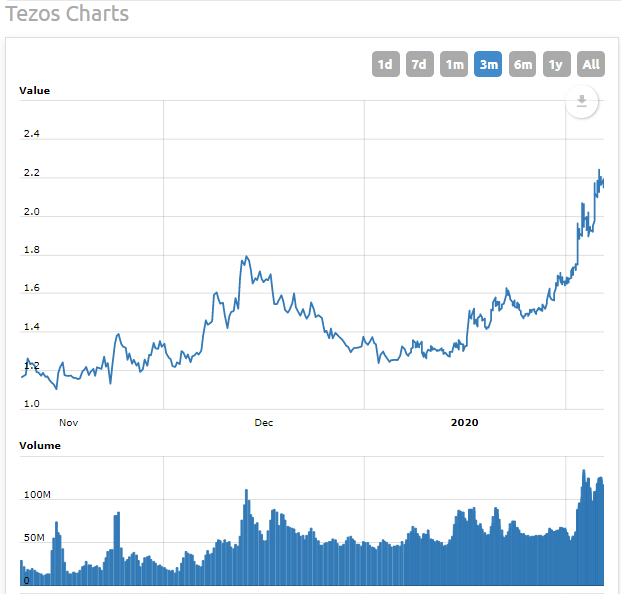 Tezos is an extremely popular smart contract blockchain where users can also stake XTZ and earn a passive income. The average return from staking XTZ currently ranges from 6-8% per year, which can change as more users stake on the Tezos network.

Coinbase Custody offering Tezos staking for institutional investors has also been received well by the markets.

With growing volume and more listings on some of the largest crypto exchanges in the industry, XTZ has growing volume and its strong community and support are also reflected in its price. XTZ currently trades for over $2.00 after coming into the new year between $1.20-$1.40.

Conclusion: IS IT ALTCOIN SEASON?

The examples above are just some of the altcoins that have enjoyed a strong uptrend in recent weeks. Others include Litecoin, Ethereum, Chainlink, and Hedera Hashgraph, and others.

If it is altcoin season then this could be a massive buying opportunity!

Despite the bullish images and gains, it’s important to zoom out and stay rational. There is still a long way to go for most altcoins to return to previous highs so we may need further confirmation before altcoin season is officially on! 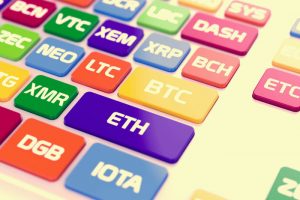