Jamie Dimon Now Regrets Calling Bitcoin a Fraud! But Why…?

Jamie Dimon Now Regrets Calling Bitcoin a Fraud! But Why…? 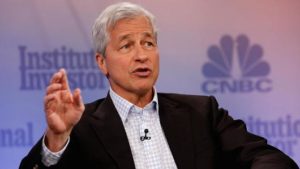 JPMorgan CEO Jamie Dimon labelled Bitcoin a “fraud” in September 2017, triggering a crash across the cryptocurrency markets and making Bitcoin bottom out at around $3,000, down from just under $5,000.

In his bold statement, Jamie also told the world what he thought about cryptocurrency investors, stating that he would fire anyone working for him that was trading Bitcoin. His statement was, “if you’re stupid enough to buy it, you’ll pay the price one day.”

These words did not sit well with the cryptocurrency community, leading to the high-profile banker taking heavy backlash for his blunt words.

However, Jamie has decided to backtrack on his controversial words. He says he “regrets” making the statement about Bitcoin, further adding that “the blockchain is real,” but he expressed concerns regarding ICOs, saying that they need to be individually evaluated.

What’s the Agenda of Negativity Towards Bitcoin? Are Bankers Simply Scared of Bitcoin?

Now that Jamie’s stance has changed regarding Bitcoin, what was the ultimate goal for his infamous words back in September?

Many say the September statement was an attempt to manipulate and crash the price of cryptocurrencies, giving institutional money an easy buy-in opportunity in anticipation of the launch of the Bitcoin futures listed at CME and Cboe.

It’s no secret that financial institutions are scrambling to keep up with the curve of innovation, and Ripple, Ethereum, and Zcash are all fine examples of this.

Could the negativity towards Bitcoin from institutional executives be an attempt to manage and bottleneck the growing popularity of cryptocurrencies?

Bitcoin’s objective is to eliminate the need for third-party authorities when conducting transactions, which means people can exchange value in a peer-to-peer manner without the need of a central authority (or bank) that may attempt to corrupt or manipulate the transaction.

The combined market cap of every cryptocurrency is nearing $1 trillion, and institutions have no choice but to either innovate or be left behind, like so many companies that did not embrace the digital revolution in the early 2000s.

Simply put, central banks are now facing the greatest transfer of wealth in recent history, and it is not going to the banks!

Jamie Dimon’s September statement was hypocritical. Over the last 100 years, government-issued currencies have lost purchasing power, as currency is printed in infinite amounts and unpegged from any asset representing true wealth, with each generation working more for less. 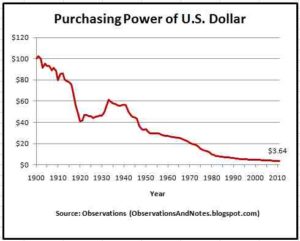