The blockchain and cryptocurrency sectors have left everyone in a tailspin, but there’s a bigger picture to look at in regards to this emerging sector.

In the aftermath of a bitter bear market for Bitcoin and other digital assets, in early 2016, cryptocurrencies and blockchain geared up for what we now look at as one of the greatest bull markets of recent times.

Bitcoin is currently trading in the $4,000 region, putting it roughly 80% below the all-time highs we witnessed at the start of the year!

Bitcoin’s yearly RSI looks broken and in the gutter!

To reflect on the volatile cycles of cryptocurrencies, let’s look at three points in time in just the last two years.

Calm Before the Storm 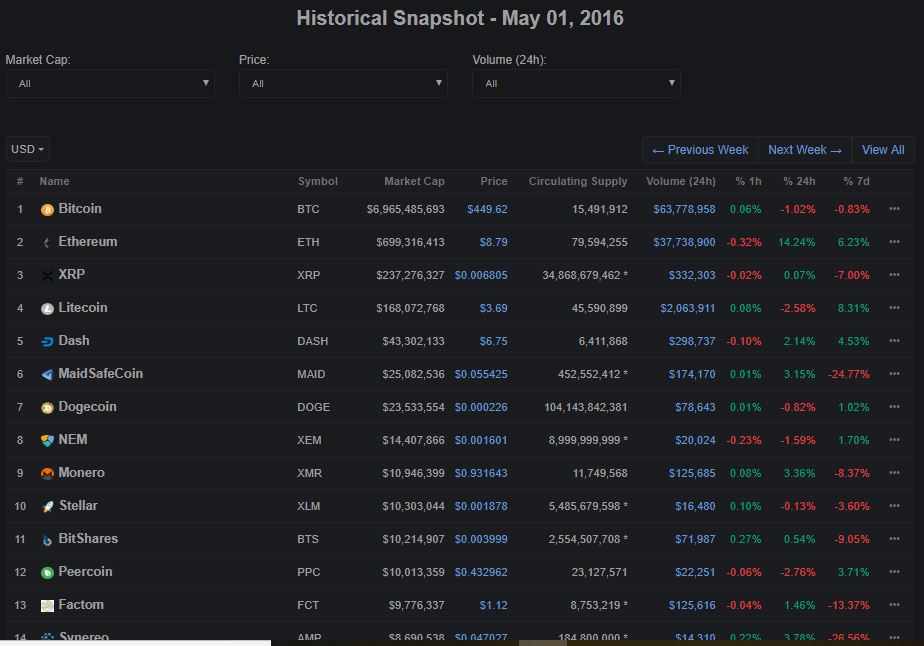 Above is a snapshot of the crypto sector in May 2016. It’s a very different picture compared to what we’ve been seeing in recent months. Volume was still within the millions of dollars, Bitcoin traded below $500, and popular coins such as ETH, LTC, and DASH traded for below $10. 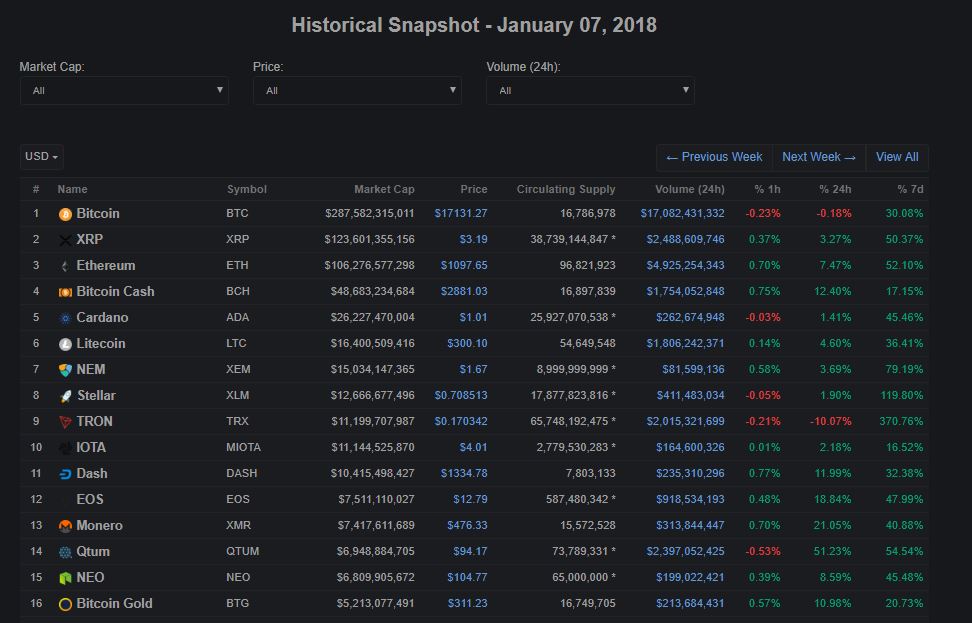 The first week of 2018 picked up where 2017 left off with new highs across the markets, and record-level volume caused exchanges to stop taking new user sign-ups.

Blockchains became congested with too many users, and the total market capital reached $800 billion. 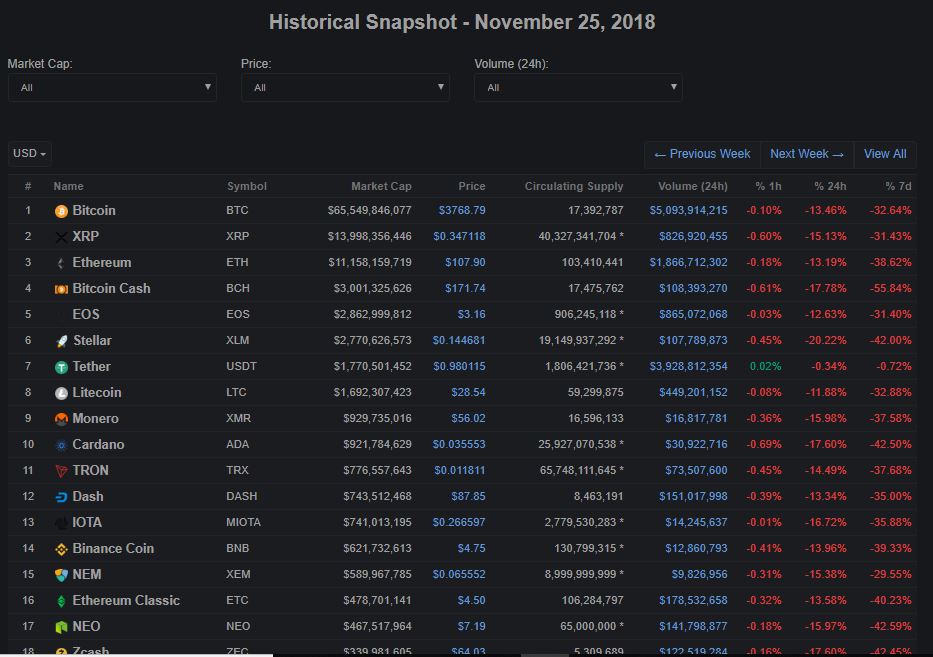 What goes up always comes down (80%-plus in this case). Since the mania phase at the start of the year, cryptocurrency prices across the markets rinsed beginners and professionals alike.

This recent image shows us what we are more familiar with, as the recent and most likely worst sell-off cryptocurrencies have seen so far yielded further turmoil this last week.

It’s Already Bad, But Could be a lot Worse (as Crazy as That Sounds)!

Despite the drama of the last twelve months, cryptocurrencies have grown tremendously in value, trust, security, and use cases since the date of the 2016 snapshot. If it’s any consolation, BTC is still multiple times higher than it was in 2016.

Volume and market capital have been decimated from the dizzying heights we saw just one year ago, however, levels from 2016 still have not been tested at the time of writing, and while a market correction of above 80% is a nightmare scenario, things could be much worse!

Just like in 2015/2016, is this now the beginning of smart money accumulating and building the foundations for a new uptrend in the following years?

Smart money usually commences purchasing an asset while the masses are in total despair. With the potential of blockchain technology coming to reality and corporations and financial institutions embracing digital assets and more efficient technology, we could be at the beginning of mass accumulation and innovation…