Consequences of the Hash War…

It’s been another whirlwind day in the crypto markets; Litecoin (LTC) has a higher market cap than Bitcoin Cash (BCH) at the time of writing, standing as the seventh-largest cryptocurrency, with BCH just underneath at number eight.

It has been an eventful month for BCH, as the network split in the least amicable way possible, resulting in two versions of BCH emerging, led by Bitcoin Cash SV and Bitcoin Cash ABC, which retained the BCH ticker.

However, it wasn’t so much Litecoin surging in price that triggered the flippening, but market sell-offs and BCH’s sharper drop that caused the two to exchange places for now…

(Many refer to a cryptocurrency overtaking another in market cap as a “flippening.” Such events are not rare, and a flippening between Bitcoin and Ethereum almost happened in 2017!) 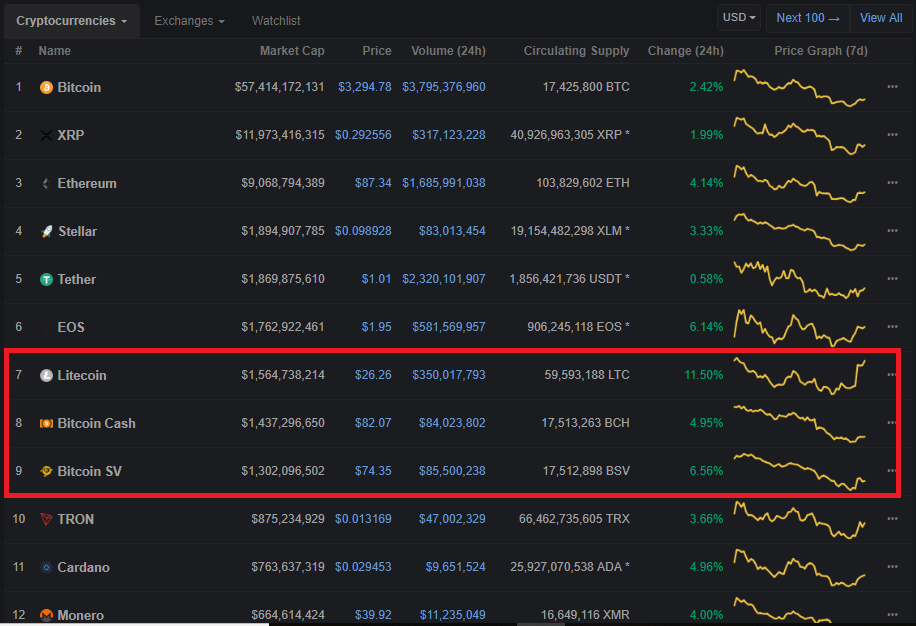 Bitcoin Cash has stolen a lot of Litecoin’s thunder after vigorously competing against BTC. Litecoin creator Charlie Lee tweeted a prediction stating that Litecoin would overtake Bitcoin Cash’s market cap by the end of 2018! 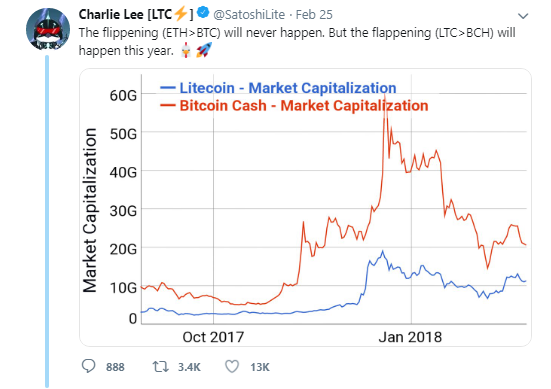 Litecoin has often been dubbed digital silver and viewed as a complementary protocol to Bitcoin, rather than a replacement. While it’s very possible that LTC, BCH, and BSV will continue to swap places with one another as the months go by, the battle for digital silver could be back in favor of Litecoin as the BCH empire remains fractured.

Either way, the debate on social media rages on. Many are still unhappy about Charlie Lee’s claims of selling his LTC during the bull market, while others are frustrated with BCH and the internal struggles witnessed over the recent weeks… 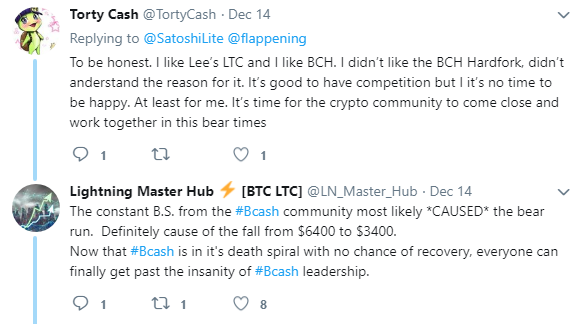 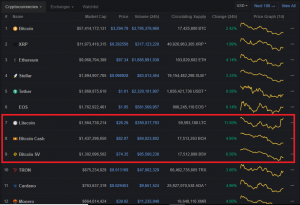