The company associated with the popular and controversial altcoin “Bitconnect” has issued a statement saying that it will be shutting down all of its lending and exchanging operations. 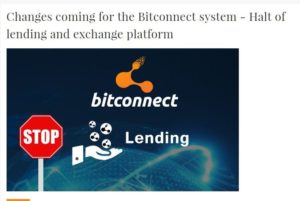 Bitconnect offered users a lending and exchange platform, which many believed to be a Ponzi. In recent weeks, cease and desist orders have been issued to Bitconnect and similar platforms, such as USI Tech. 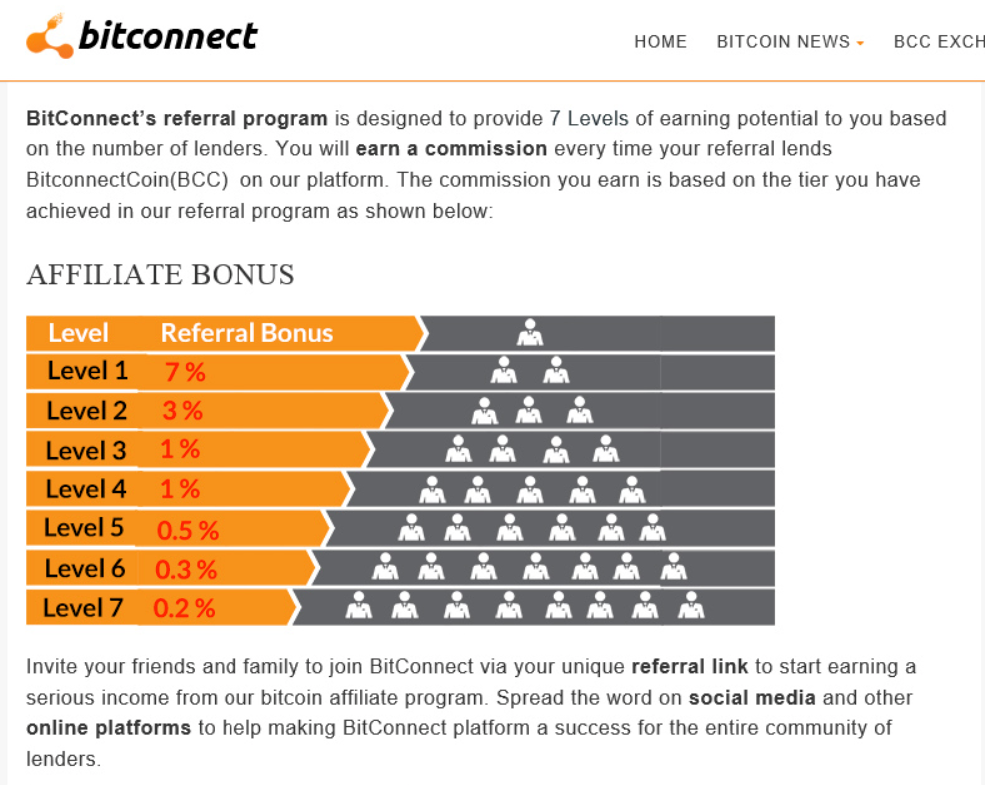 According to the Bitconnect website, there are numerous reasons for ceasing operations, with many not believing it at all. The following is their statement:

“The reason for halt of lending and exchange platform has many reasons as follow:

Upon news of Bitconnect’s sudden exit happening, the altcoin wiped people’s portfolios. With a 90% price correction, investors were left totally shell-shocked, with the drama unfolding at the same time as the cryptocurrency market itself corrected and Bitcoin plummeted below $10,000. 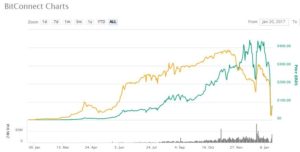 Sadly, horror stories are beginning to surface of investors losing huge amounts of money. While Bitconnect has said all users will be refunded, it is unclear if it will be at the original price or at the price it is trading at the time of writing.

Late 2018 – Nearly a Year On has Anything Changed?

Since writing this article in January 2018, almost a year has passed since the Bitconnect exited the sector.

As we look towards 2019, we can now see the extent of the damage done and the total number of victims left with nothing.

Combined with a bear market in the cryptocurrency sector, the perfect storm of bad luck hit Bitconnect investors in the bitterest manner.

Bitconnect was sneakily designed to fail, such is the way of all Ponzi’s as fresh investors begin to dwindle, the true masterminds remained silent using YouTube celebrities to take the heat and anger from the online community. 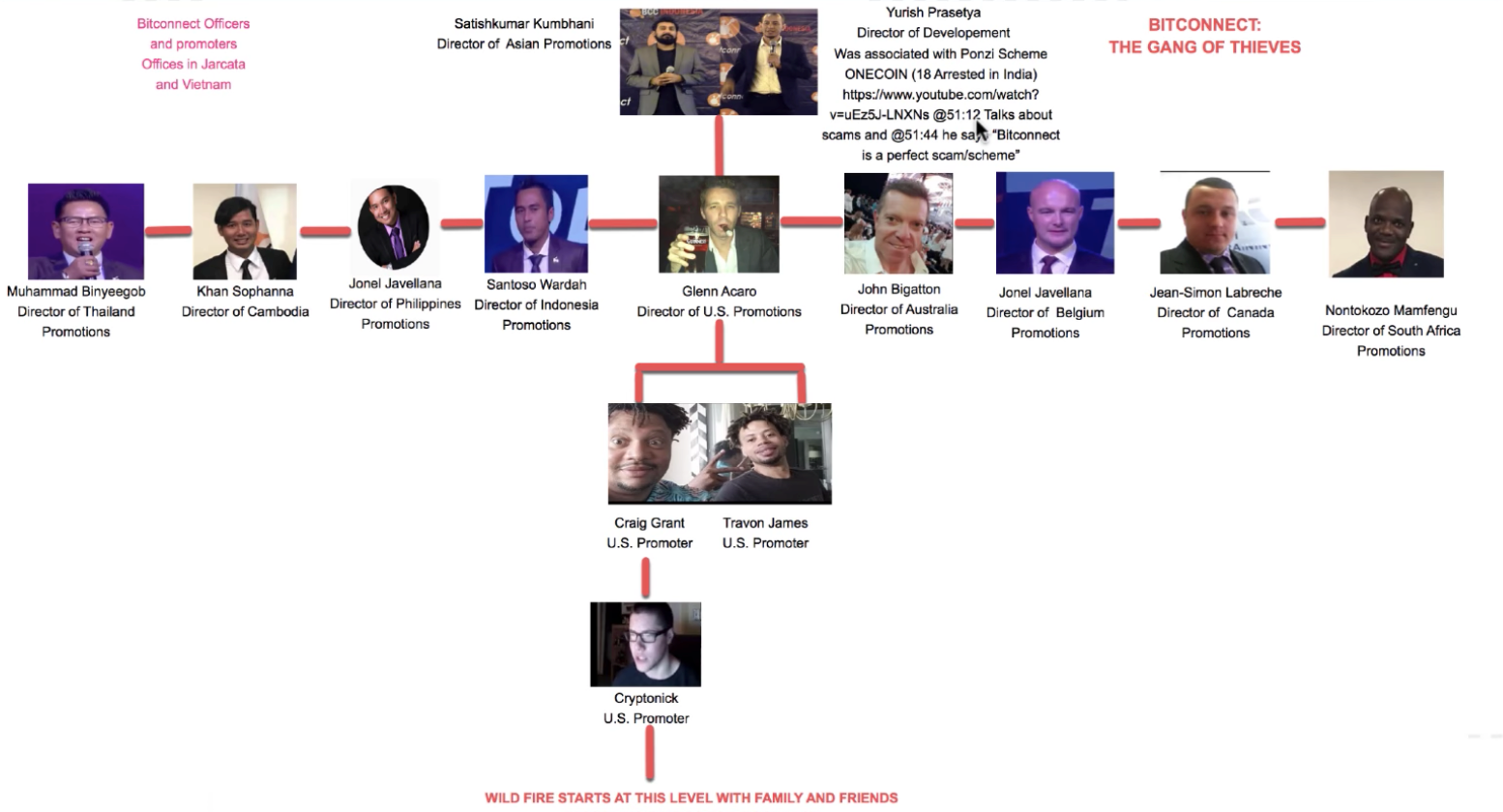 The Bitconnect lawsuit involved YouTube stars who created daily promotional videos about Bitconnect, chilling information was revealed that the Wife of Bitconnect leader John Bigatton, Director of Australian Bitconnect promotions was receiving death threats since Bitconnect’s collapse and went missing after dropping their children to school on March 28th.

She has not been seen since…

Will There be Justice?

Its unlikely investors will ever get a full refund on their seed money, lawsuits involving YouTube and celebrities are still underway, but its likely the masterminds behind the greatest fraud committed in the cryptocurrency sector will go unpunished.

May 2019 Update – The More Things Change, the More They Stay the Same! Bitconnect 2.0

At the peak of its popularity, Bitconnect was the most controversial online MLM platform, with over one million people investing into a pyramid scheme that totaled over $2 billion at the time.

With the crash of Bitcoin and cryptocurrencies in general, Bitconnect abruptly exited the space. With it, the funds of investors and a 90% wipeout of its native cryptocurrency (Bitconnect Coin) left investors with nothing.

As the Bitconnect horror stories emerged and the markets broke down further, scammed investors moved on and learned a bitter lesson, but it seems that the crypto markets are still prone to bull market scams, and with the strong uptrend in cryptocurrencies recently, the greed of people gets exploited again…

With higher cryptocurrency prices, a Website has suddenly emerged announcing the return of Bitconnect, rebranded as Bitconnect 2.0! 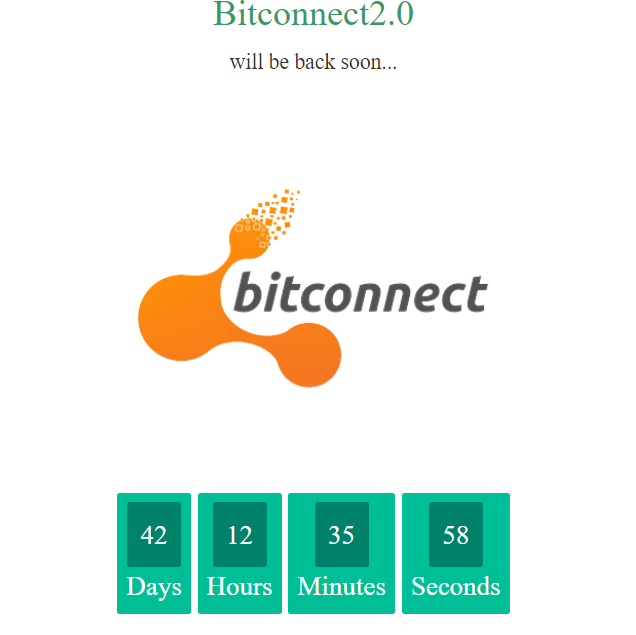 Interestingly, the domain name of the original Bitconnect Website was bitconnect.co, while the new “Bitconnect 2.0” domain is Bitconnect.io. It remains to be seen if this materializes into anything. 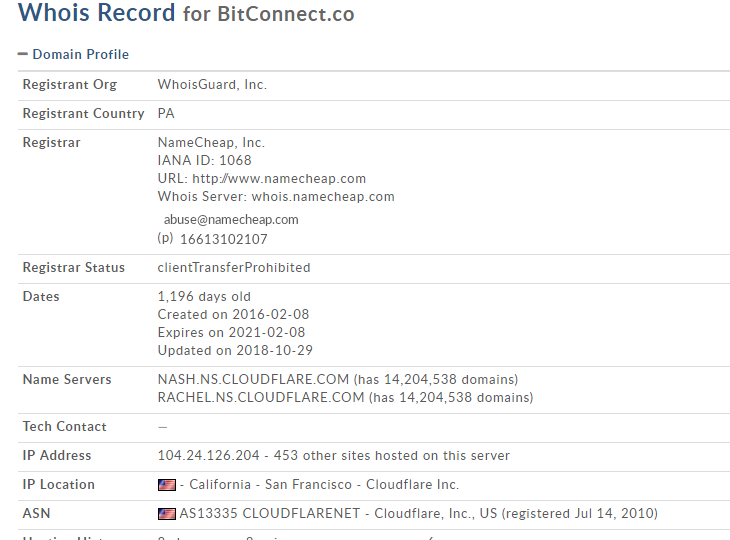 After doing some simple investigating, it would appear that the domain expires on June 19th, 2019, but this may not mean anything. It’s possible that the owner has extended and already paid for longer ownership of the domain, but at this stage, it’s worth keeping an eye on, especially as the countdown timer says it releases in 42 days, which is past the current expiration date. 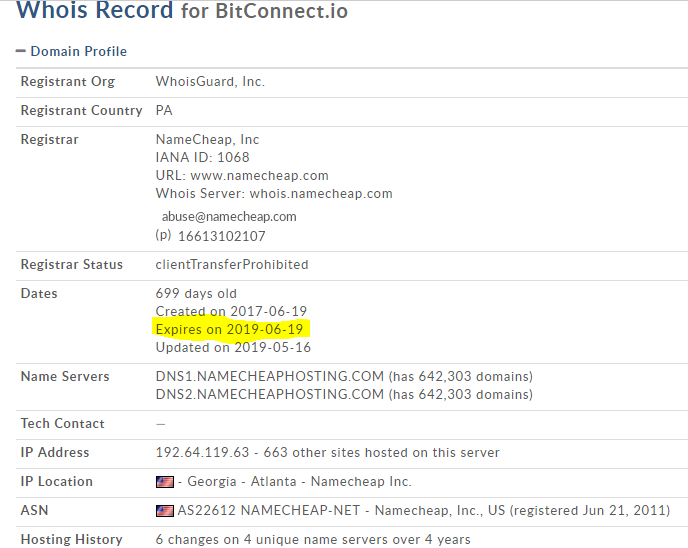 If cryptocurrency prices increase, more platforms that are fraudulent will likely emerge. The Bitconnect 2.0 Website may turn out to be a false alarm (hopefully), but if it is an attempt at taking investors’ money, history could repeat itself. It could be even worse if crypto breaks its current all-time highs in the future.

For more information on the damage Bitconnect caused the crypto sector, check out an ongoing post that I will update with any news regarding this.