In a mind-blowing new cryptocurrency-based augmented reality game, Satoshi’s Treasure is offering up the chance to take a $1 million prize for solving an intricate puzzle. While smaller puzzles have been available in the past, this one goes above and beyond those we’ve seen.

If you’re new to augmented reality games, they take place virtually and in the real world. In the case of Satoshi’s Treasure, for example, three clues have been given so far based on coordinates in the real world and QR codes were found at each one, along with a password to input into a site. As of yet, it’s still unclear just how much traveling will be needed for the future clues (there are 1,000 in total that will be released), but it is a game that is meant for collaboration and working as a team, rather than solo. As a result, groups are already popping up all over for people to work together across diverse geographical locations and knowledge sets.

How to Get Involved

First off, it’s important to visit the official Satoshi’s Treasure site to get more information on the currently available puzzles. You can also join the mailing list for updates as they come out, though it’s not necessary if you check the site. Clues will be posted noon PST on Sundays as well, to help figure out those that are elusive.

For forming teams and finding others to join on the journey, one of the more centralized places is on the official Subreddit. There are also various other channels that have been popping up to help people work together, but that should be a great start.

It’s worth noting that the game does get more difficult as time goes on. For the first three clues, for example, they were solved within a couple minutes with a simple dictionary attack. It was stated that this was intentional, however, to give people a chance to get involved. Even so, some went to locations and found things like this, which helps give a better illustration of what to expect: 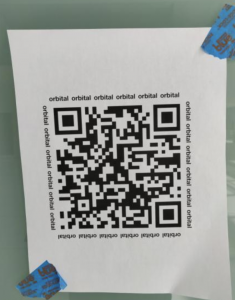 While some may be this easy in the future, it’s entirely possible that they will start coming with more cryptic clues that need to be resolved as well, along with math problems or a slew of other possibilities.

A Note About Working in Teams

It’s very important to note that if working with others, whoever compiles all of the keys to get the BTC private key will have access to all of the funds. It’s important to come up with a way to protect everyone from someone going rogue and taking the rewards if your team solves it. Some are already working on smart contracts and other mechanisms for automatically compiling the keys and splitting the funds as determined by the group. It’s assumed that this puzzle will be hard – if not difficult – to do solo, but beware of that risk when dealing with anyone who claims to be working for the good of the group.

Look forward to updates from us as this social experiment and contest continues on, and if you choose to take part, good luck!