When Will SegWit Lock In? Bitcoin Cash Creating Fresh Fears! Is it Worth Worrying About?

When Will SegWit Lock In? Bitcoin Cash Creating Fresh Fears! Is it Worth Worrying About?

SegWit is Nearly Here! But….

Just when the Bitcoin community thought it could finally relax and celebrate after the success of BIP91 locking in, there now seems to be a last minute obstacle, despite the entire Bitcoin community signalling for the highly demanded activation of SegWit! 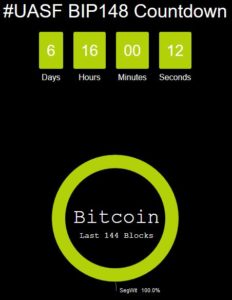 Thanks to BIP91, any nodes not signalling for SegWit (BIP141) will be rejected from the network, making the August 1st enforcement of BIP148 (UASF) fear of a chain split meaningless – or so we were lead to believe… 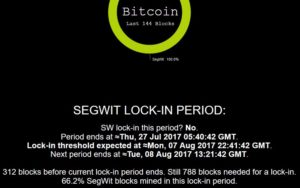 Roughly a week ago from the time of writing, mining pool ViaBTC released a statement explaining the possibility of splitting off the traditional Bitcoin blockchain into their own altcoin, named Bitcoin Cash (BTCC)!

It is still unknown if this new altcoin will have SegWit activated, although it seems unlikely. The block size will be 8MB and ViaBTC, which currently has roughly 5% of Bitcoin’s hash rate, will be its first mining pool. 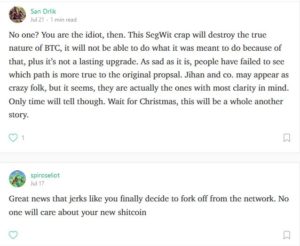 As always, the debate continues in a passionate manner on the comment section of ViaBTC’s statement!

While many suspect foul play with this new BTCC altcoin, August 1st yet again becomes a day of great importance for Bitcoin. Will they actually split off the network, or is Bitcoin yet again being trolled to keep prices down?

Are the Markets Worried? Should We Be Worried?

Due to fears of uncertainty surrounding the August 1st deadline, Bitcoin entered a temporary bear market since late June and recovered from a bottom of $1,900, now trading around the $2,700 region.

Relief from BIP91’s lock in and SegWit being signalled returned Bitcoin to its previous bullish behaviour, however, since the announcement of BTCC, slight caution has gripped users, slowing down the momentum and making it harder for the $3,000 resistance to be broken. 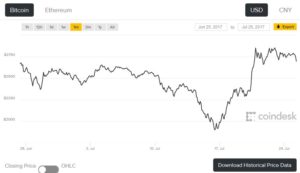 Look at the Bright Side!

The markets are cautious and nobody truly knows what August 1st will bring, but it’s clear that the community is bullish on SegWit. SegWit is what the community wanted, which is evident by the huge support in recent days for BIP91 and now 141.

From a user’s perspective, the safest course of action would be to store your Bitcoin in private wallets and make sure you have the private keys to your funds.

If Bitcoin Cash does indeed fork off the network, the scaling debate is settled (mostly), everyone gets what they wanted, and the true Bitcoin can continue with SegWit and the Lightning Network, while the BTCC altcoin can continue on its own trajectory. Simply remain calm.