History Being Made (Again)!

Within the last few hours, an unpredicted announcement has sent shockwaves throughout Bitcoin and the overall blockchain community as a whole! The SegWit2x hard fork, which has hung over Bitcoin for many months, has apparently been cancelled! 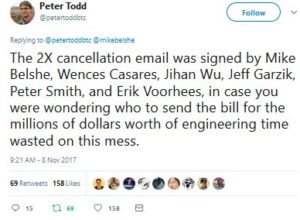 The controversial SegWit2x hard fork was conceived earlier this year at an event in New York when numerous influential businesses and personalities came together to discuss possible scaling solutions. The end result was SegWit2x, a combination of SegWit being activated and the block size capacity being increased from 1MB to 2MB.

SegWit2x’s cancellation was announced via an email written by Mike Belshe, CEO of BitGo, a software provider for Bitcoin wallets. The reason for the cancellation of the hard fork was the amount of controversy surrounding it, highlighting that the voice of the people was heard throughout the space.

In reaction to the cancellation of the SegWit2x hard fork, the Bitcoin price quickly rallied to new all-time highs. While Bitcoin trades for $7,694 at the time of writing, there are numerous ways this can go.

We could see a mass sell-off back into altcoins, as users aren’t getting the “free” SegWit2x coins they bought Bitcoin for, OR we could see a whole new wave of capital enter the space as fear reverts to greed, with people fearing to miss the latest bull run in cryptocurrencies! 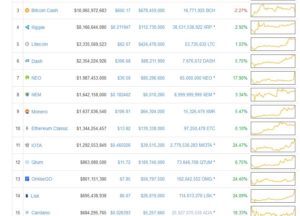 Another likely scenario is a price correction, as Bitcoin is overdue one. In contrast, the altcoins have underperformed in the recent weeks and could be due a rebound.

Who Benefits From the Cancellation Of SegWit2x?

This topic deserves an article by itself. Bitcoin Cash was sought as a hedge against uncertainty within Bitcoin’s network, triggering a price rally from the low $300 region to now over $600, but the real winners are the ones who created fear and greed in the markets, subtly attempting to manipulate the price with fake news.

Users may also return to their favourite altcoins and tokens now that free SegWit2x coins won’t be gained.

In conclusion, this is still breaking news, and as the community settles from this huge and historic event, we will likely see an accurate course of action regarding the SegWit2x hard fork!