Bending the Rules, But Not Breaking Them!

Big businesses have always enjoyed taking advantage of tax loopholes and bending the rules just before their breaking point. It was revealed in a report by ITEP that in 2018, up to sixty of the biggest corporations in the U.S.A. (and likely many more) paid next to nothing in corporate taxes.

This resulted in the largest corporations saving billions in taxes and rebates of more than $4 billion. The report highlights that companies avoiding taxes came from different sectors ranging from tech giants like Amazon and Netflix to industrial and beverage companies like General Motors and Molson Coors.

According to research by Oxford Economics, some of the largest corporations only paid 7% of profits made in federal taxes. While not breaking laws, this causes outrage amongst the general public who contribute the majority of tax revenue (more on this later). 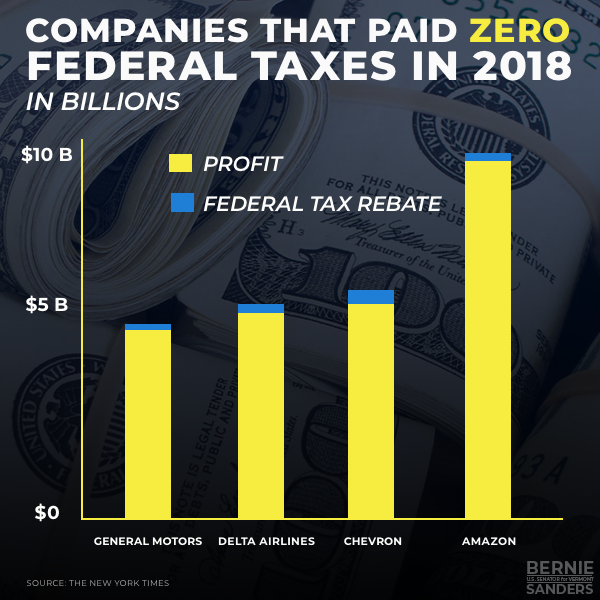 As the diagram above illustrates, companies are banking huge profit, and with tax rebates, excess capital can then be reinvested in multiple ways, such as stock buybacks, triggering a higher share price and yield for the richest insiders at the top of the financial pyramid.

Bringing Businesses Back From Rival Nations: The Trump Administration Has Made it Easier and More Lucrative for Businesses, But Wasn’t That Trump’s Goal All Along?

Trump’s tax cuts are welcomed by business owners nationwide, and to a certain extent, they gave the economy a much-needed boost, further delaying the implosion of the everything bubble and allowing businesses to compound their profits by purchasing the majority of their own shares with their untaxed profits.

It isn’t just America this is happening in, and it’s nothing new. The U.K. and other Western nations experience similar behavior from the biggest companies: Amazon, Starbucks, and Google have all been known to save millions of pounds due to loopholes. 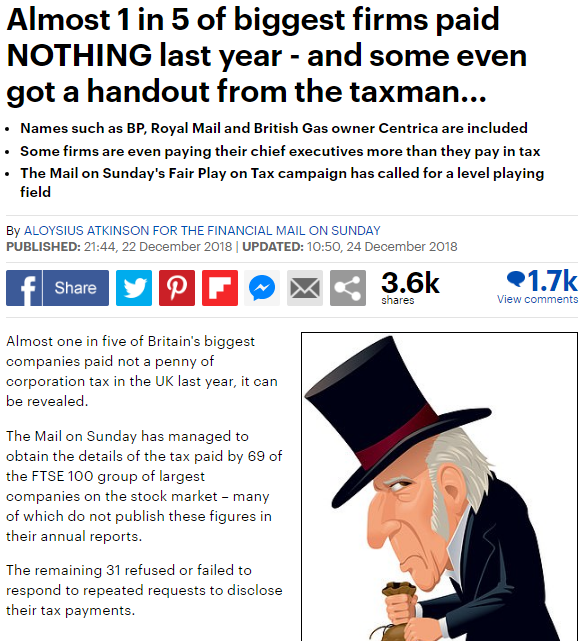 Trump’s Tax Cut and Jobs Act was brought in as a magnet to bring businesses back to America and away from rivals such as China.

While critical to incentivize and attract businesses to invest in your respective country, if companies generating millions in annual revenue exploit the system and don’t pay up, the average worker has to carry the economic burden…

Who Pays Up When Corporate Juggernauts are “Sheltering” Nearly 50% of Their Income? 9-5 Workers are Taxed the Most!

The Tax Cut and Jobs Act kept intact many of the loopholes used to avoid taxes. As mentioned earlier, the profits and saved capital are compounded as a result. With billions being sheltered by legal tax loopholes, corporate income taxes make up less than 10% of federal tax revenue in the U.S.A.

Individual taxes and payroll taxes make up the majority of tax revenue, with a joint contribution of over 80%. A typical 9-5 salary rarely gives workers the same flexibility with taxes that a business has, meaning workers are locked into paying taxes while the largest net winners bend the rules to their advantage. 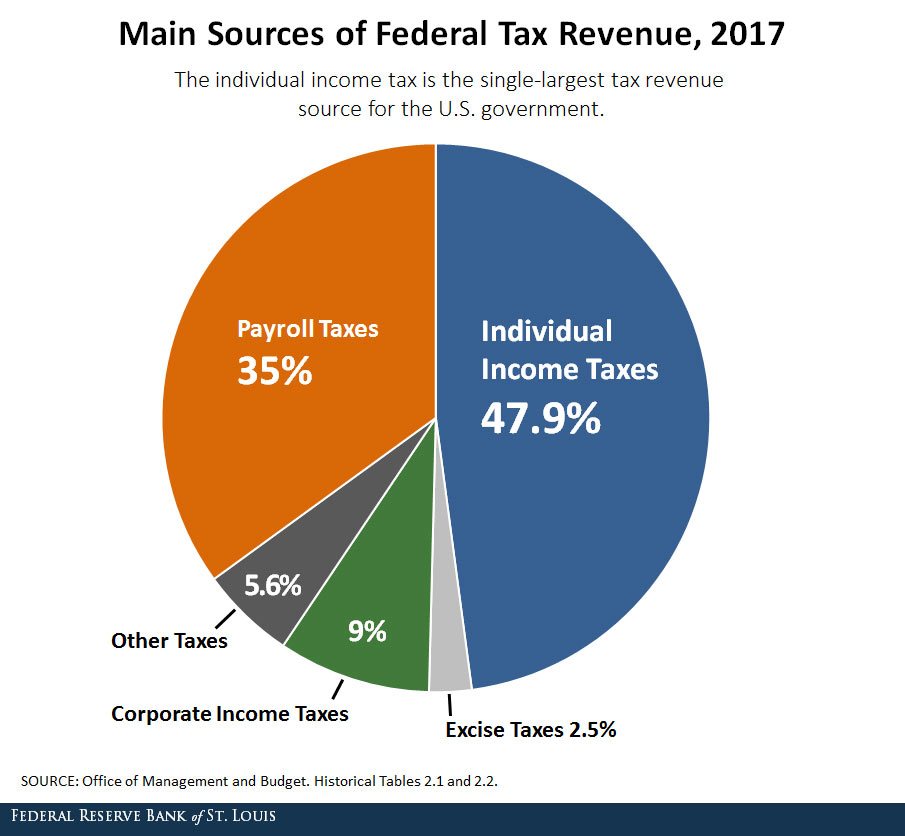 “Various government agencies had documented how Fortune 500 companies were using legal tax breaks to shelter close to half of their income from federal taxes, meaning that even with a 35 percent tax rate the yield of our corporate tax was low and getting lower.” – Corporate Tax Report by ITEP

This will likely continue and has been going on for decades. The average worker will bear the brunt of the financial burden while the rich get richer and use the power of compounding to leverage their power even further to their advantage.