In the wake of the launch of the Bakkt Bitcoin futures contracts, hopes of an altcoin bull market are on hold for the time being, with the cryptocurrency markets suffering a sharp and unexpected drop at the time of writing. This also coincides with a sudden decline in Bitcoin’s hashing power, but it only sets back the hash rate by two months. 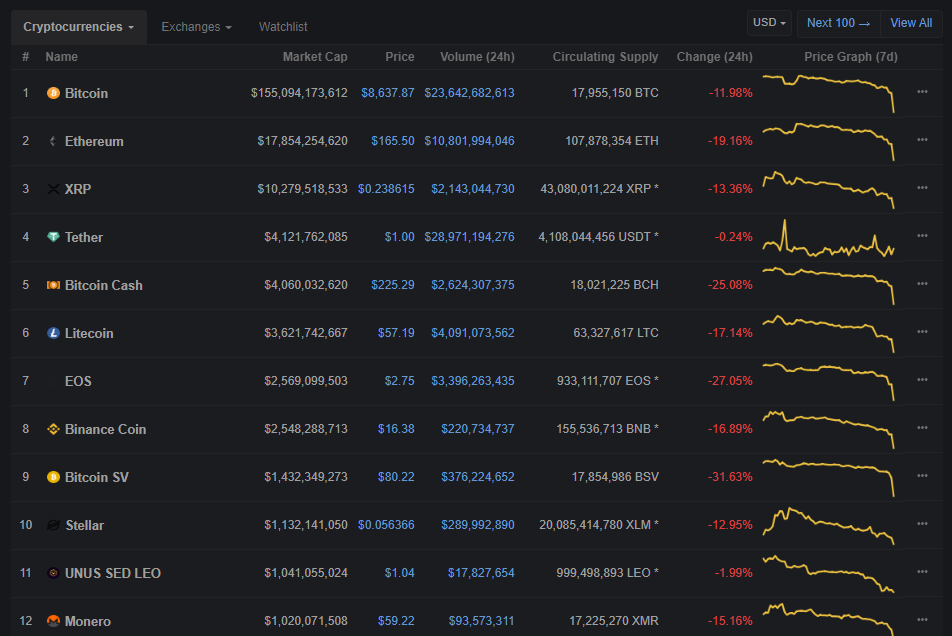 Blood on the streets on September 24th, 2019; Source: https://coinmarketcap.com/

Some of today’s biggest losers, such as BSV, involve daily losses of 31%, with ETH and BCH drained up to and above 20%.

We’ve been following the progress of altcoins closely in recent weeks, with a recent price surge in them last week. Prior to that report, we took a look at the stagnant performance by altcoins throughout 2019 while Bitcoin had quadrupled since December 2018.

Once again, Bitcoin drags all cryptocurrencies down with it!

Bitcoin’s dominance has slightly increased during this price pullback, suggesting large amounts of capital is flowing back into BTC and possibly into fiat currency. Altcoins are also failing to hold ground against BTC itself, which further confirms that an altcoin season is very much on hold for now…

The severity of this pullback is still yet to be seen, and the next few days will be critical. If Bitcoin cannot hold at its current price levels and further breaks support, the $7,000-$8,000 range could once again be visited. 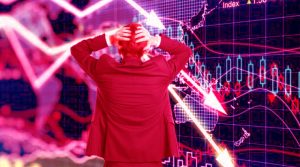