The Danger of Software Glitches in Cryptocurrencies Worth Billions

Back in April 2018, an anonymous developer discovered and privately disclosed a critical vulnerability in the Bitcoin Cash (BCH) protocol. The problem was patched and publicly announced back in May 2018.

However, earlier this week, the anonymous developer revealed himself via a post on Medium, only for the crypto space to realize the developer who saved Bitcoin Cash from a catastrophe was a BITCOIN CORE developer!

The code bug discovered by Cory Fields would have ironically split the BCH network in two. Due to a weakness with the way transactions are validated and digitally signed, blocks containing the glitch would become invalid, potentially tearing the BCH Blockchain apart. The bug is named “SIGHASH_BUG.”

“The requirements for a signature’s hash type were inadvertently loosened to allow the third-most significant bit to be set. Because this allows previously-invalid transactions to become valid, a valid block containing at least one of these transactions would result in a hard-fork.” – Bitcoin Cash software bug disclosure report 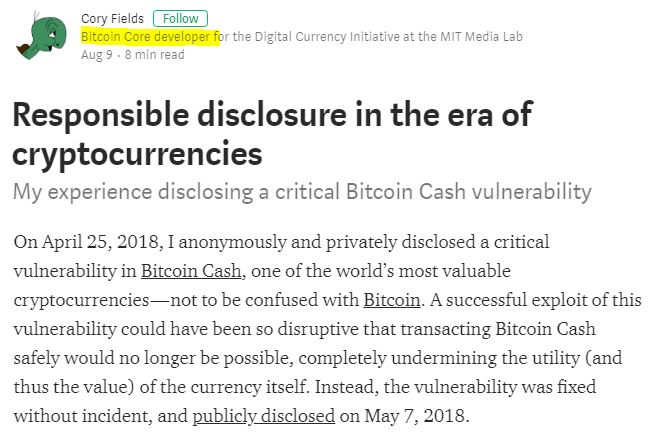 Bitcoin Core is the primary client for Bitcoin (BTC) and leads in the latest updates for the Bitcoin protocol. Bitcoin Cash split from the Bitcoin network over a year ago after conflicting visions for Bitcoin’s development and scalability.

The last year has been an ongoing Internet war between the two communities, with tensions still high as to which method is best for scaling Bitcoin. With a Bitcoin Core developer responsibly and respectfully giving BCH developers the information, it shows that the cryptocurrency space can indeed act with a level of maturity, despite bitter rivalries.

If news went public without addressing and fixing the software bug, bad actors could have taken advantage and crippled Bitcoin Cash, wiping billions off its market cap and eliminating all credibility!

What’s on the Line if Code is Faulty? Millions – if Not Billions – of Dollars!

Bitcoin Cash is currently the fourth-largest cryptocurrency by market cap, worth almost $10 billion, and is used by numerous payment platforms, exchanges, and held as an investment asset.

Companies heavily invested in BCH, such as Chinese tech giant Bitmain or Bitcoin.com, would be hit hardest by the SIGHASH_BUG. Other businesses offering cryptocurrency services would likely be severely disrupted by any critical bugs, with double-spending, loss of funds, and other problems hindering daily business operations. 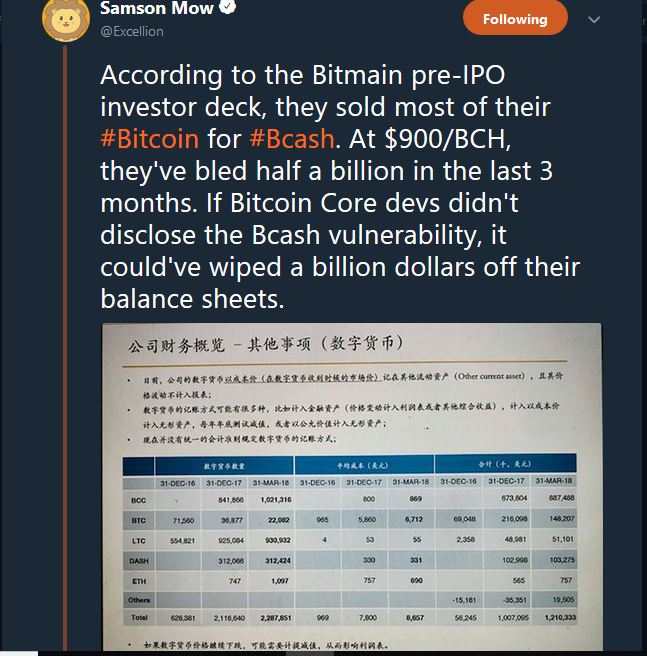 Network-crippling glitches could happen on any blockchain and can render a digital asset obsolete. EOS recently suffered minor problems and offered a bounty for hackers who found any software bugs in its protocol.

Ethereum is also no stranger to patching bad code. The infamous DAO hack was down to bad actors exploiting a vulnerability on the DAO that ran on the Ethereum blockchain.

Hackers stole millions of dollars’ worth of Ethereum, and it was also the catalyst for the creation of Ethereum Classic.

In mid-2017, the Parity Wallet locked users out of their funds due to a developer “accidently” entering a command, triggering the wallet’s vulnerability and making it inaccessible!

Despite cryptocurrency prices crashing since the incident, the total funds locked away still go into the millions of dollars.

“I accidentally killed it.” – devops199 on the Parity Wallet incident. 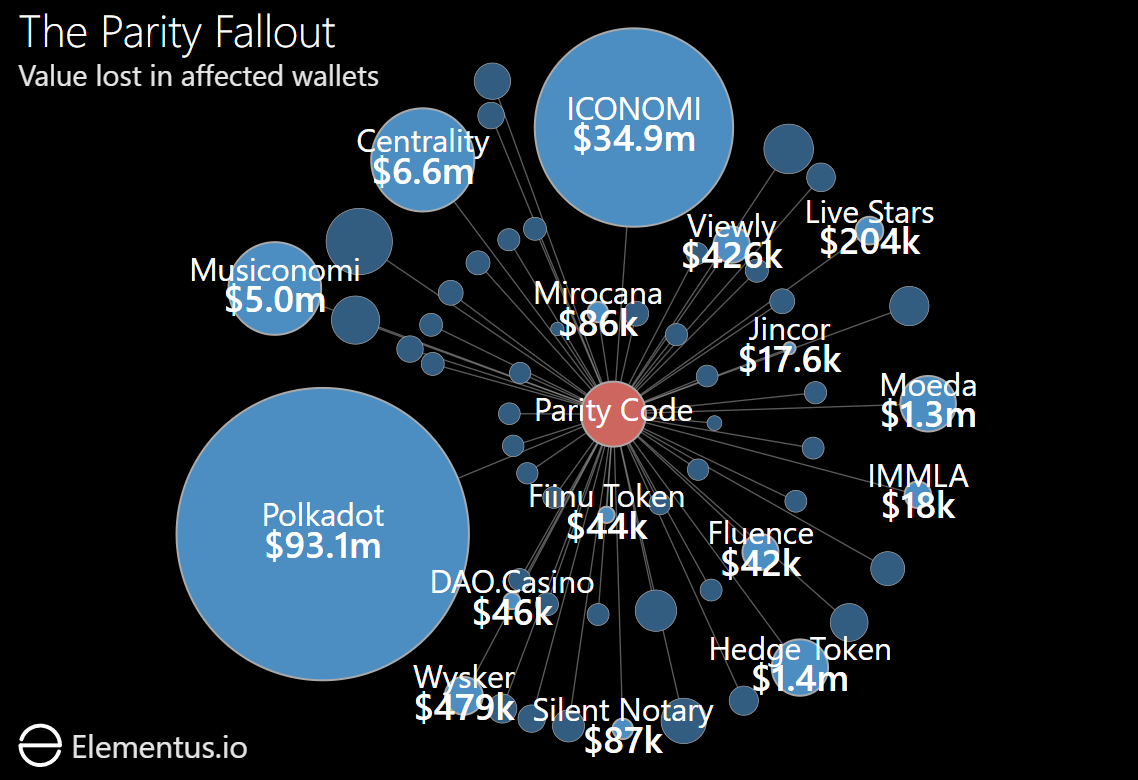 Every cryptocurrency and underlying blockchain is prone to software problems. With vigilance and cooperation, these problems can be solved faster, making blockchain tech safer to use at scale.

The Danger Of Software Glitches In Cryptocurrencies Worth Billions 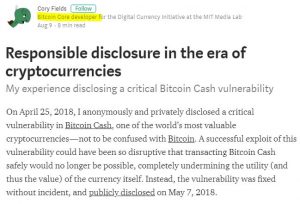 The Danger of Software Glitches in Cryptocurrencies Worth Billions