The World is on Fire and the Average Joe Has No Idea! But There are Opportunities…

The stock market gave investors its worse Christmas period EVER over the holiday season as investors got an unwanted gift of fear, uncertainty, and cryptocurrency-style rebounds!

In the latest round of plunges that have plagued the markets this year, the S&P 500 fell over 2% on Christmas Eve, making it the worst final trading day before the Christmas closure.

If we take a closer look at the carnage, the chart below could be mistaken for a low-liquidity altcoin instead of a “healthy” market, symbolizing deeper problems not just in the stock market, but in the global economy overall.

With rising interest rates, the Fed, and Trump’s ongoing government shutdown, a perfect storm of fear and uncertainty is upon us, let alone record debt levels, bonds, and tensions with China.

The blunt reality is that it took a world war to kickstart the global economy after the Great Depression. Comfort has now become the problem, as many lack the basic financial education and realism to see that unlimited debt and bailouts will not preserve living standards. Greece and Cyprus know this better than most.

Humanity was robbed of its wealth in the 2008 crisis, as the 1% stealthily became our certified financial overlords, controlling the majority of all wealth on Earth and widening the wealth gap by eroding the middle class.

As we are now at the tail end of this latest economic cycle, which usually lasts around a decade, the financial cartel might be trying to put the nail in the coffin for anyone who seeks to remain financially independent. 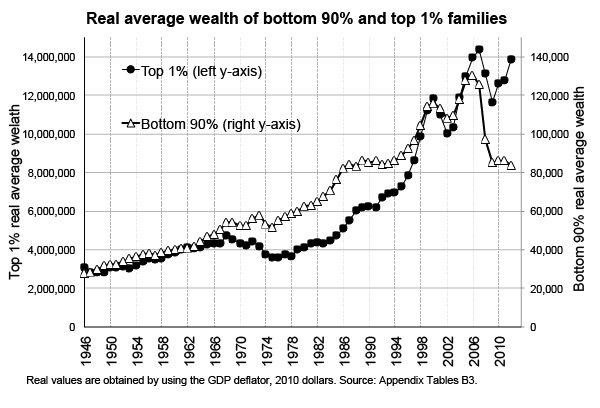 Meanwhile, as E.U. nations such as France rebel and German banks continue to look unhealthy, Brexit looks like shambles.

Prime Minister Theresa May has lost confidence amongst her conservative party, and the unelectable politicians in Brussels and German Banks will likely try to make an example of the U.K. for daring to opt out of the European Union. 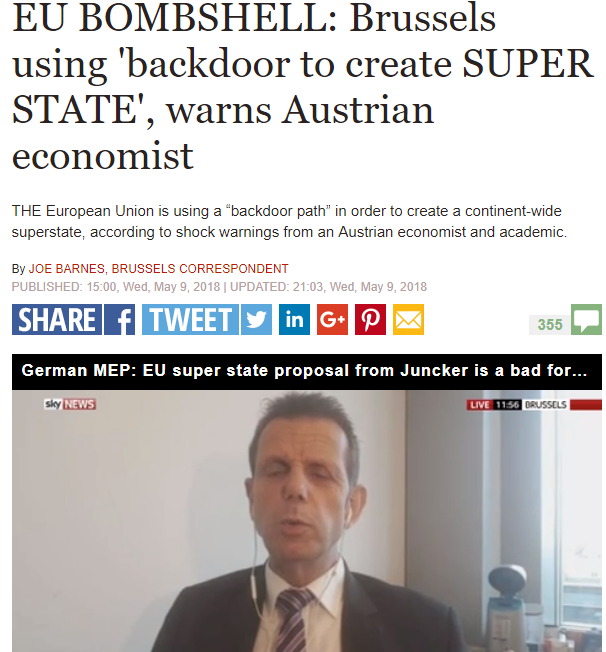 Some believe the E.U. seeks to become a continental super-state in the near future, however, these claims are labeled “total nonsense” by the president of the European Commission, Jean-Claude Juncker.

Contrarian alternatives to investing and preserving living standards have never been so popular, especially amongst millennials, who now make up the bulk of the workforce as baby boomers begin retiring and cashing in pensions.

Cryptocurrencies with similar fundamentals to gold give a nod of respect to precious metals’ long-proven record of accomplishment in being money and wealth preservers.

There’s a reason why governments and financial institutions are quietly piling into blockchain, cryptocurrencies, gold, and silver while the average Joe is told everything last!

The engineered 2008 crisis destroyed any remaining trust in the financial system for the reasons stated earlier.

Bitcoin and cryptocurrencies emerged as a reaction to the financial crisis, showing people’s desire to return to something with “store of value” fundamentals and immutability. Throughout history, humanity has always fallen back to precious metals as empires fell, but this time we could fall back to scarce digital assets because we live in a digital ecosystem.

The Internet and computer science now provide the ability to find new solutions to how we transfer, regulate, and determine value, just like with information (email, messaging apps, and social media).

Bitcoin’s price is down 80% and still operational; will the same be said for the stock market if such an event happens?

While there were many different topics put into this write-up, it’s important to see the bigger picture and identify opportunities. This is not investment advice; please always do thorough research and only invest what you are willing to lose, especially in times of uncertainty.

The World is on Fire and the Average Joe Has No Idea! But There are Opportunities…