This Un-Serious Altcoin Just Got Serious! Dogecoin Explodes Over 100%!

Dogecoin Rallies as Others Crumble

One of the only altcoins with no drama or shady origins surrounding it, Dogecoin was created in 2013 merely as a joke. Similar to Litecoin and Bitcoin in its protocol, it unexpectedly gained popularity after its logo/mascot was the popular image of the Japanese Shiba Inu breed of dog!

In the most recent round of crypto market sell-offs, DOGE not only managed to holds its value, but explode in price, peaking with a 100% increase! 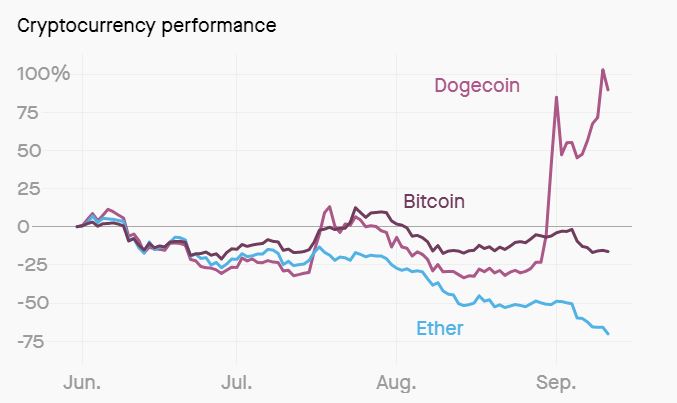 A picture speaks a thousand words, with DOGE temporarily becoming a safe haven as the likes of Bitcoin and Ethereum edged closer to 2018 lows.

What’s Causing the Price to Pump?

Dogecoin is being used in an important technological experiment that could help Ethereum solve its current scalability problem, and also help bridge blockchains together.

Dubbed the “Dogethereum bridge,” a successful test at transacting assets from the DOGE blockchain to the Ethereum blockchain occurred thanks to the TrueBit technology, an alternative scaling solution for Ethereum.

“Dogethereum will be a first-of-its-kind ‘bridge’ between the Dogecoin and Ethereum blockchains. Once constructed, shibes will be able to send doge back-and-forth to Ethereum without using an exchange. This will allow shibes to trade dogecoin for other Ethereum-based tokens and use doge in smart contracts.” – r/dogecoin Subreddit

Ruling out Dogecoin may not always be the smartest thing to do. During 2017 highs, DOGE briefly touched $0.01 and proved to be a worthy hold for investors. Due to its merged mining with Litecoin, Dogecoin is much more secure from dreaded 51% attacks, making this cryptocurrency more durable than most of the flagship mineable altcoins.

It is possible to mine DOGE and easier to mine than its bigger brothers Bitcoin and Litecoin.

DOGE currently sits at $0.006 at the time of writing. Its largest markets are against USD-Tether on ZB.com and Gate.io, followed by a DOGE/BTC pair on HitBTC.com. The Dogecoin ecosystem currently has a market cap of over $700 million, with the total daily trade volume above the $60 million threshold. 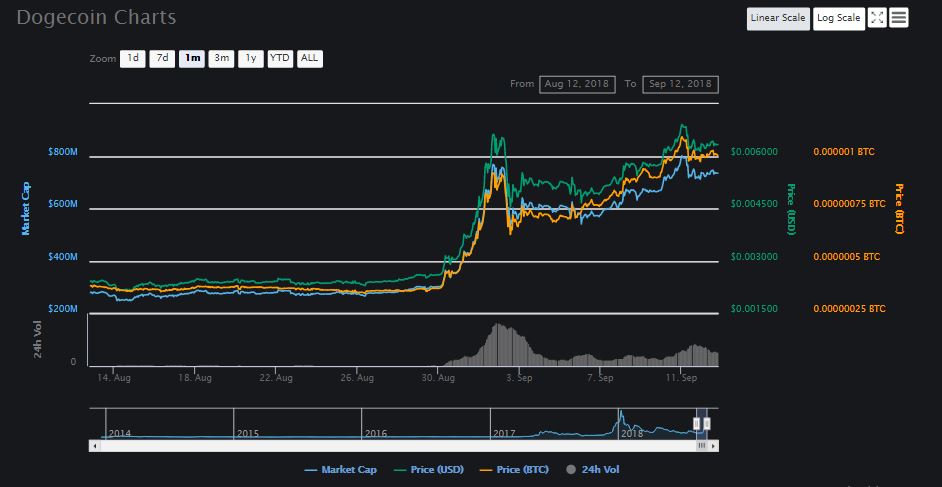 Please always conduct critical research before purchasing cryptocurrencies and only invest what you can afford to lose!