More FUD From People in Positions of Power!

Anyone who is following or has been part of the cryptocurrency space for more than six months will now be quite aware of the nonstop threats, statements, and fake news thrown at Bitcoin!

While we have witnessed people of influence from China, South Korea, and the U.S.A. taking tough stances, it’s now turn for U.K. officials to beat their chest in defiance of Bitcoin!

Diane Abbott, the U.K. Shadow Home Secretary, has blasted Bitcoin, stating it as a “gigantic Ponzi scheme” in a recent interview with The House magazine.

“If everyone took their Bitcoin money and tried to buy a new car all at once the whole thing would collapse.”

It didn’t end there; the Home Secretary stated that if the Labour party were elected, they would vow to impose regulations on digital currencies in an attempt to crack down on terrorist activities, despite the fact that terrorists have been using the U.S. dollar to fund misery, fear, and chaos across the world since long before the creation of Bitcoin!

“We are certainly worried about how in the here and now it is being used to fund terrorist activity and that is something we are looking at.”

Where Was Abbott When Bitconnect Stole Millions?

It’s true that the cryptocurrency space is riddled with fraudulent schemes and bad actors. The recent developments with Bitconnect highlight this, and it is worth questioning why people in positions of power did not openly label Bitconnect, Onecoin, and many other platforms as frauds, but yet they still attack Bitcoin, which is simply open source software that verifies mathematical information.

Could the Legacy System Handle a Mass Exodus?

Abbott claimed Bitcoin would collapse if every user on the network bought a car. The legacy system would likely experience a sudden and sharp conclusion if the public cashed out from their bank accounts as well!

The current financial system is based on debt, zero wealth, and all-time lows regarding purchasing power, with more than enough QE stimuli and bailouts to last a generation! This clearly shows that there is something deeply wrong with the legacy system, and it is not built to create generational wealth for the people. 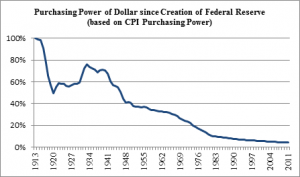 With no incentives or confidence in the legacy system, people are turning to precious metals and innovative solutions, such as cryptocurrencies, which have enabled a financial renaissance in recent years, despite the long journey ahead for mass adoption.