UNTETHERED! USD Tether Not Backed by U.S. Dollar – Is This JPM Coin’s Chance to Swoop in as a Stablecoin LEADER?

Tether is once again the centerpoint of controversy and skepticism. It’s been open for debate whether or not Tether truly has enough reserves to back its dollar-pegged digital token, USDt, which was claimed to be valued at a 1:1 ratio despite frequently trading above or below its peg of $1.00. That’s now changed…

Spotted by the ever-diligent crypto community, Tether quietly updated their terms on USDt, changing their definition on what type of “reserves” are actually backing the stablecoin.

BEFORE: “Every tether is always backed 1-to-1, by traditional currency” – Web Archive, Tether Homepage (Feb. 2019) 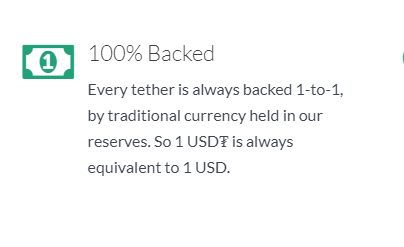 AFTER (time of writing): “Every tether is always 100% backed by our reserves, which include traditional currency and cash equivalents and, from time to time, may include other assets and receivables from loans made by Tether to third parties, which may include affiliated entities (collectively, reserves)” – Tether Homepage 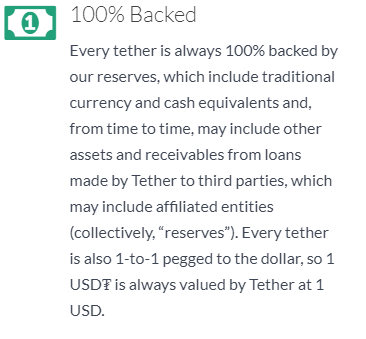 Does Anyone Care About Tether Anymore?

Upon receiving the clarification that USDt may not be fully backed by U.S. dollars, the markets barely moved. Most people already suspected Tether’s shenanigans and deemed it unworthy of news.

However, USDt remains listed on the majority of cryptocurrency exchanges, and many will likely continue to use it rather than sell back into their local fiat currencies and be liable for taxes.

The markets may have reacted differently to Tether a few years ago, but audited stablecoins are starting to emerge in the markets, providing traders with safer digital pegs to fiat currency and legitimate platforms to work with.

The widespread doubt is for good reason, as none of the stablecoins (regulated or otherwise) are actually at $1.00 like they claim to be!

We reported on the rise of regulated stablecoins emerging in the digital asset sector several months ago. Since that report, JPMorgan announced the development of its own stablecoin, JPM Coin, showing the keen, yet quiet interest financial institutions have in cryptocurrencies.

According to research by Binance, the potential circulating supply of JPM Coin could disrupt and dominate the stablecoin market. With greater liquidity, reserves, and more regulatory clarification, it could only be a matter of time before Tether loses its number-one place among stablecoins if JPMorgan decides to enter the market officially.