XRP Rallies Over 100%, Leaving the Crypto Community Stunned! What’s Next?

What Caused XRP to Explode?

Up until last week, XRP had suffered losses of over 90% from all-time highs, making it one of the worst-performing digital assets of 2018, despite being one of the biggest gainers of 2017.

Within the last few days, XRP has broken out from lows at $0.30, touching new monthly highs of $0.79 before cooling down and finding support above $0.50. 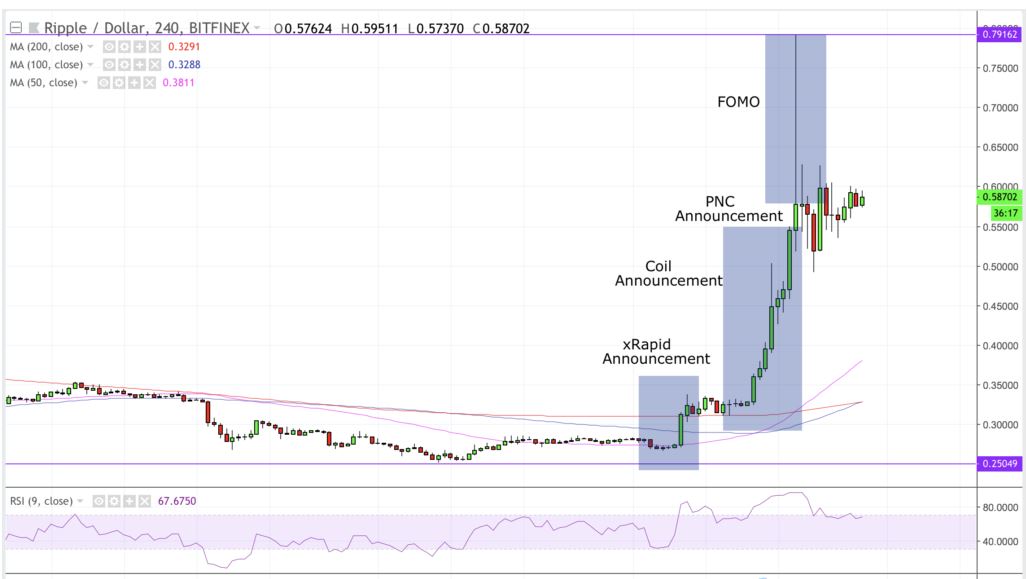 XRP briefly overtook Ethereum as the number two cryptocurrency by market cap (again), an event many call “the Flippening.”

The massive price action and volume took the crypto community completely by surprise, with many of XRP and Ripple’s skeptics proclaiming that the digital asset was worthless and fraudulent, but the question everyone is asking is what caused the price to rise.

Over nine months into its downtrend, news of XRP being integrated into payment company Ripple has become a major talking point, especially after Ripple’s hint of its xRapid product going “live in production” within the next month.

xRapid exclusively uses the XRP asset to create on-demand liquidity for financial institutions. Cheaper and faster than traditional methods currently used, a number of Ripple’s partners are testing and eager to use xRapid.

xRapid’s progress isn’t the only news that could have triggered the excitement. Content creators on leading websites such as Wikipedia and YouTube will be able to accept payments in XRP thanks to payment app Coil, which was developed by Ripple’s former Chief Technology Officer, Stefan Thomas. 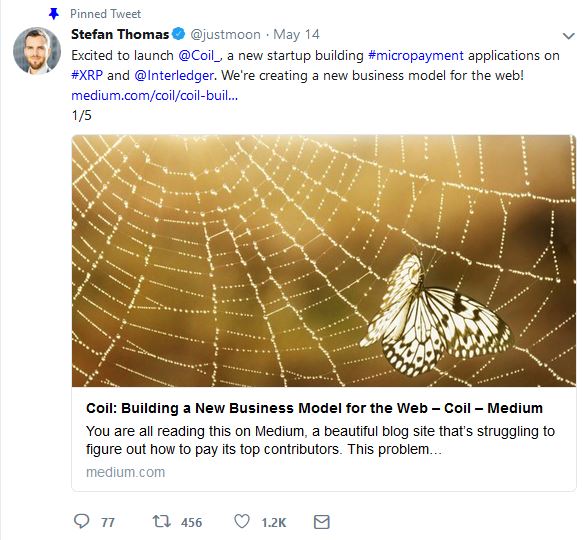 One of the biggest problems for content creators is getting around influential companies blocking revenue, and Coil provides an effective alternative outside of the advertising industry’s revenue stream.

One of the top ten banks in the United States has joined RippleNet. PNC Bank has over 8 million customers that will be able to benefit from real-time international payments.

“The addition of a top U.S. bank like PNC on RippleNet fuels the network’s positive momentum. RippleNet has grown to more than 100 financial institutions and continues to expand steadily each month. RippleNet has also recently expanded its reach to over 40 countries and six continents.”

This news isn’t a direct influencer on XRP, but it serves as a well-timed boost of excitement and anticipation surrounding not just XRP, but Ripple as well.

The Hype is Real! But Let’s Have Some Perspective…

Last week’s action was reminiscent of the mania we all witnessed in 2016 and 2017! Early investors and slick traders made big profits, with latecomers who bought at the top being stung. Another interesting insight is that XRP is still 86% down from its all-time high of $3.84, according to athcoinindex. It’s likely that many bought XRP above the $2-$3 range and are now hopeful for a return to record highs.

It’s a long way down, but all great bull runs start somewhere. Could this be the reversal and decoupling from Bitcoin that so many in the XRP community are hoping for?

During the last weeks of 2017, it took less than a month for XRP to go from $0.20 to over $3.00, only to follow a 95% pullback, a harsh reminder that the cryptocurrency markets are volatile and entire fortunes can be made or lost in the blink of an eye.

Disclaimer: Staying calm in times like this is crucial for an investor or trader. This is not investment advice. Nothing is guaranteed, and the blockchain and digital asset sectors are incredibly volatile. Please conduct your own in-depth research.

XRP Rallies Over 100%, Leaving the Crypto Community Stunned! What’s Next