Your Hometown Could Soon Become a Blockchain Utopia! No Banks Needed…

Nevada is going to be home to the first blockchain-powered city. Earlier this year, Jeffrey Berns, founder of Blockchains LLC, purchased a plot of land comprised of over 60,000 acres. At the time, the reasons for such a purchase were kept quiet, but last week, the ambitious plans were announced.

At an event in Prague, Blockchains LLC revealed its plans to build a smart city, with Ethereum being the primary technology for the digital infrastructure to be built upon.

“We are committed to designing projects on the public #Ethereum blockchain that empower and improve people’s lives. We believe that all the participants in the blockchain ecosystem need to start coming together and working together in favor of the public blockchain!” – Blockchains LLC 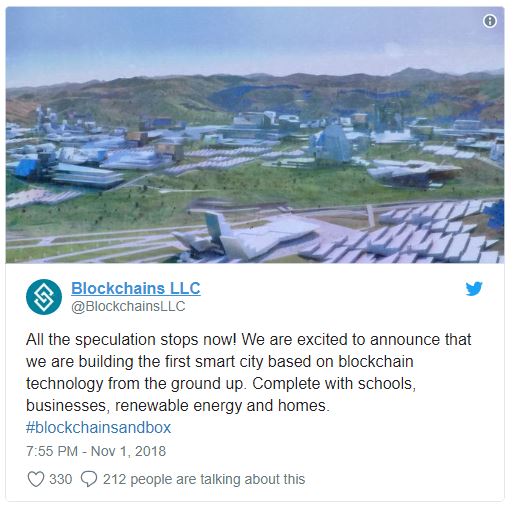 The blockchain sector and Ethereum community took the news positively. The small city will support schools, renewable energy, and homes, pushing the visions of blockchain tech going mainstream a step closer to reality.

No Banks or Middlemen Needed!

While there is no official word on when construction of the futuristic city will begin, one can only imagine the possibilities that could come from such a project.

Creating a city using peer-to-peer technology means individuals can live a way of life that is not possible in most cities. By using blockchain technology and decentralized applications, transferring value, property, and goods can be completed without relying on third-party authorities approving or disapproving operations.

According to Berns, there would be a research campus stretching hundreds of acres dedicated to the development of multiple technologies, such as artificial intelligence, nano-technology, and blockchain.

Berns believes Ethereum will give the new city an edge above just being a real estate project and will give people control over their identity and online data.

With Ethereum pushing ahead with the release of Ethereum 2.0, the upgrade to make it a scalable global computer, we could be witnessing the start of a new wave of innovation. Blockchain is rapidly moving away from being a theoretical technology and into something that we can apply in real situations.

Other cities in Asia are also heavily invested in becoming “smart”, and this could be the next step in how we use and define the technology around us.

Your Hometown Could Soon Become a Blockchain Utopia! No Banks Needed… 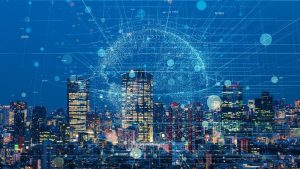