YouTube Purges Cryptocurrency Videos and Channels by Mistake! Is This an Important Wake-Up Call?

Hundreds of Videos Taken Down

Over the Christmas holiday, YouTube conducted a subtle and quiet purge on cryptocurrency-related videos and channels. The industry-wide ban prompted confusion and anger for all after content creators received notifications of breaching terms and conditions.

YouTube eventually took notice of the outcry on other social media platforms and openly admitted the mass silencing of cryptocurrency videos was a mistake, but this raises further questions and reminds us about what can happen under the control of large, centralized platforms… 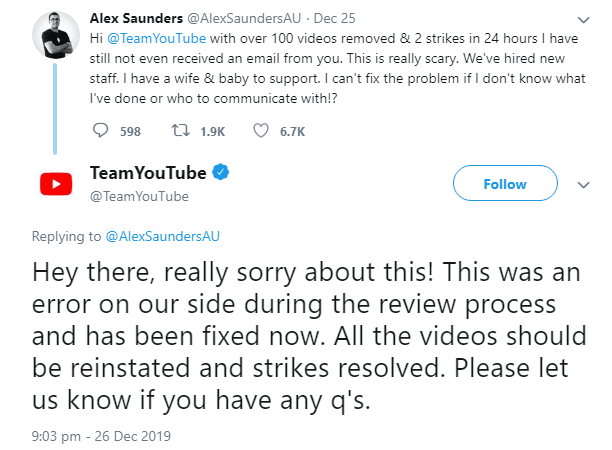 The censorship scare gave the community a bitter taste of what YouTube (under Google’s control) could do if it ever wanted, and it has prompted a shift towards more cryptocurrency and decentralized video platforms, such as DTube or BitTube.

It wasn’t long ago that Google and Facebook issued a ban on cryptocurrency-related advertisements. Although the ban came to a quick end, many are still aware of the possibility of it happening again!

While the purge turned out to be nothing severe, it raises questions of just how much power technology companies have. Google redirects the majority of “approved” Internet traffic and information we receive towards its own approved platforms and Websites (YouTube). Most SEO methods are driven around Google’s standards of what should make a Website rank higher.

YouTube has also recently been under controversy, which could sway the video-sharing site to be more strict in reprimanding content creators, with the crypto-community suffering the blunt end of this. 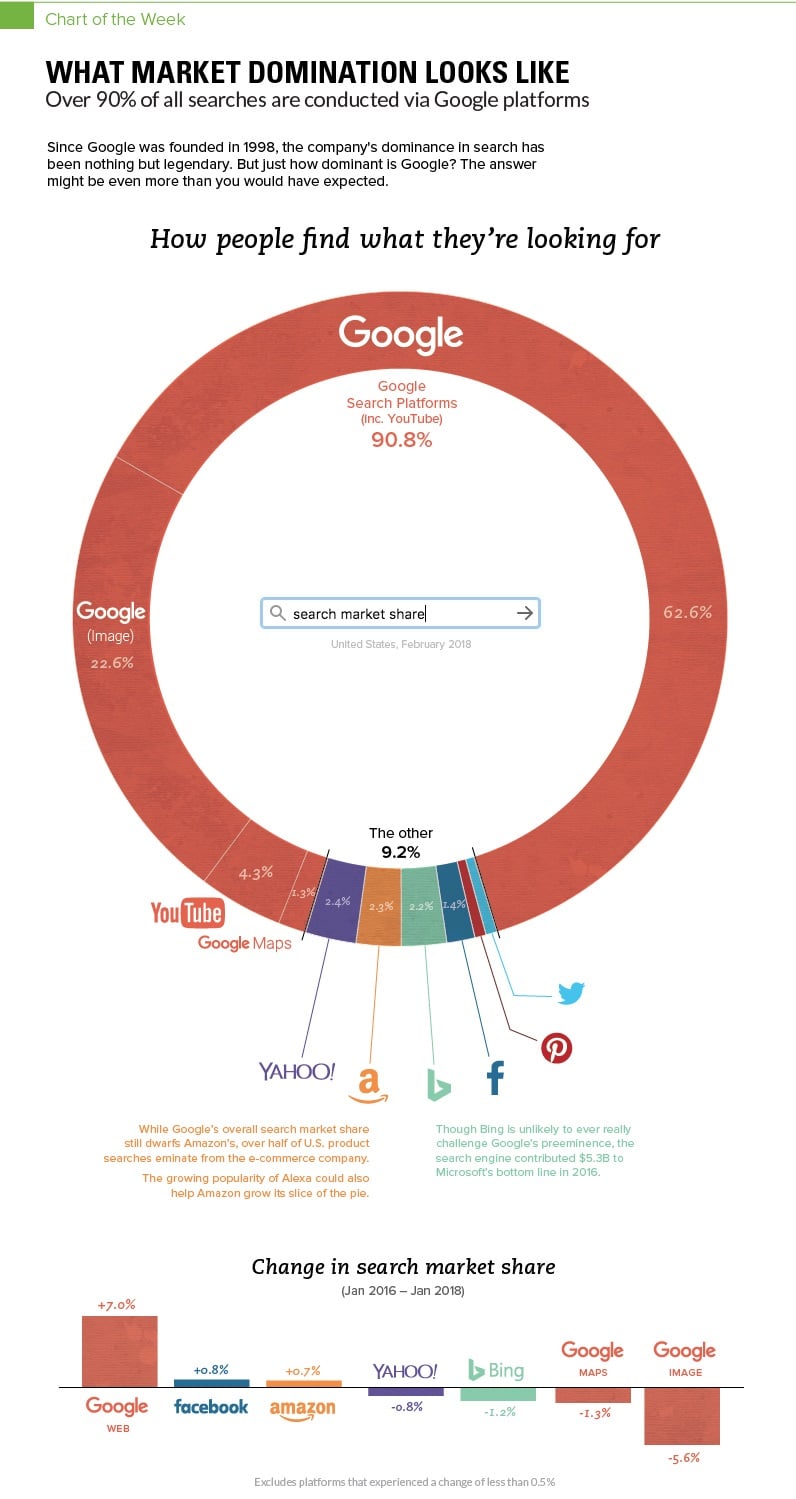 Google and YouTube dominate the Internet together with little competition from other popular search engines, such as Bing and Yahoo. Source: https://www.visualcapitalist.com/this-chart-reveals-googles-true-dominance-over-the-web/

During the aftermath of Bitconnect, a court document highlighted that YouTube could have done more to prevent the promotion of the Ponzi scheme, which resulted in $2 billion of users’ funds being stolen as promotional videos went viral.

YouTube was accused of failing to conduct the necessary steps to prevent Bitconnect affiliates and promoters while benefiting from the increased Website engagement and advertising profits.