Disappointing: Sell The News Gets Even Uglier!

Buy the roamer, sell the news. It’s an age-old saying that points out that the stock market tends to price in what is known well in advance of actual news transpiring.

Metaphorically, if we compare the stock market to a child on Christmas morning, if the child already peeked at the gift, there would be no positive (or negative) reaction when the gift is actually opened. That emotion already happened when the goods were revealed. So usually by the time the gift is actually opened, euphoria is on the downtrend. And for the financial markets, this usually means selling off and lower prices.

Take Bitcoin, for instance. Many of you are aware of Bitcoin’s swift fall from $10,000 to $8,000.  It did trade for a material amount of time over the psychological $10,000 mark for a good portion of the summer, only to have the floor fall out from under it. 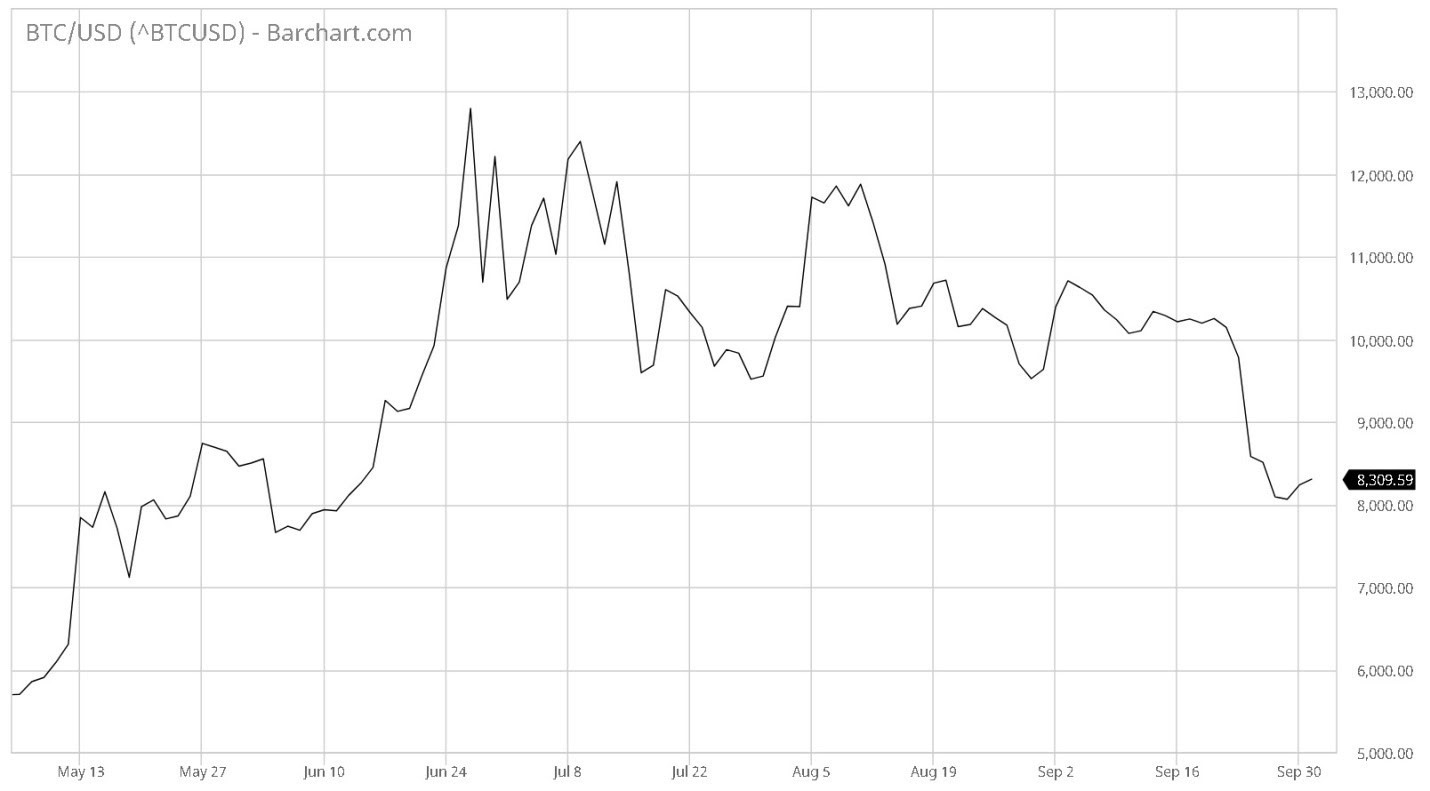 This happened to be directly correlated to when the highly-anticipated Bakkt launch – which features physically-settled Bitcoin futures trading aimed chiefly at institutions – finally happened, only to disappoint the cryptocurrency community and add grist to the crypto critics’ mill as a mere 71 Bitcoin futures contracts were traded during Bakkt’s first day.

By comparison, some 4,099 Bitcoin futures contracts traded on Friday alone at rival Chicago-based exchange operator CME, whose market opened in 2017.

It was a case of “buy the rumor, sell the news,” as some of Bitcoin’s summer run-up was spurred by Bakkt-fueled anticipation. What wasn’t priced in was how underwhelming the launch was going to be, thus magnifying the selloff in Bitcoin.

It was as if on Christmas, little Johnny knew what was in the box and opened it up only to find out the remote-controlled car was broken. Now, that reaction was not yet priced in.

And that’s where opportunity knocks: when shocks happen and priced-in market expectations aren’t met, that’s the time to buy the dip and let the investing community return to normalcy.

The recent slide in gold has been particularly frustrating, with gold drawing retail traders into the fold at $1,560 but then failing to maintain $1,500 as September came to a close. It’s a real letdown after a memorable summer in which gold outperformed the majority of blue-chip stocks and central banks around the world shored up their gold hoards.

It’s also worth noting that both gold and Bitcoin have fought an uphill battle against an unusually strong U.S. dollar. The third quarter of 2019 was the strongest quarter for the dollar since Q2 of 2018 – an anomaly that, once the dollar inevitably retraces, will allow fiat alternatives like gold and Bitcoin to continue their briefly interrupted bull run.

For asset classes that I want to own and am bullish on, pullbacks are an accumulation event.

One thing you can count on is that the financial markets will continue to pull us in both directions: excitement and hype will be followed by a sobering-up period as reality inevitably sets in. It’s big-picture thinking that will help you survive and profit through these cycles – you can win the game if you know how to play it.

Over the long-term, I expect there to be more buyers than sellers for gold and Bitcoin for a laundry list of reasons. Because of that, I’m bullish on these asset classes.