The Dow closed up for the 12th consecutive day on Monday February 27, another three decade record.

The weekly RSI also reached a very high “over-bought” reading as of March 3, the end of last week.

Margin debt recently registered an all-time high on the NY exchange. Price to earnings ratios have risen into “nosebleed” territory, and the last 1% correction in the S&P was in November – a long time ago. Many other market extremes and highs in confidence indexes are evident.

YES, THE EUPHORIA IS PALPABLE!

The Dow reached new highs the normal way – levitated through the creation of massive unpayable debt and the expectation of huge profits (for traders). Daily sentiment has reached a peak and indicates we are at or near a top. Read Bob Moriarty.

Official national debt is nearly $20 trillion. Regardless, President Trump promised something for everyone:

Previous Peaks in the Dow: (National debt in $ billions.)

To keep the Dow rising, create debt and don’t worry, be happy…

But it takes more debt to buy each Dow point than it did several decades ago. How much debt will be needed to levitate the Dow to 30,000? Will it require $40 trillion in debt? And what are the consequences of massively more debt? Stagflation is on the horizon.

Consequences of the spending problem according to Ron Paul:

“… end the US military empire overseas, cut taxes and regulations at home, end the welfare magnet for illegal immigration, and end the drug war. And then get out of the way.” 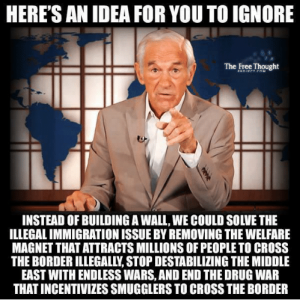 These ideas will encounter fierce resistance, so much that his plan is clearly “dead on arrival.”

More debt is guaranteed by a century of fiat currency devaluations, a borrow-and-spend congress, the executive branch, central banks that love debt, and an economy that runs on debt and credit. Expect continued dollar devaluation and more Dow highs after a nasty correction/crash.

While the Dow corrects and the U. S. economy struggles in a fiat currency induced coma, gold and silver prices will rise.