In life, making money is about delivering value to others or positioning ourselves in sectors that are on the verge of exploding in opportunity.

You’ve heard me pound the table the last 10 days about game-changing opportunities, and it’s an exciting to be positioned in with companies that are delivering for their shareholders in ways only early investors can truly appreciate.

Early investors are who we are — remember that!

In August, I profiled Pure Global Cannabis Inc. (TSXV: PURE & US: PRCNF). My readers are now up as much as 50% from the profile price, and it’s on fire.

PURE just announced that they are joining as a launch partner with Buywell.com and this will give even more customer exposure to PURE. PURE is a company that is putting one foot in front of the other to capitalize on a trend that will be tremendously profitable for decades to come. News HERE.

This is the beginning, as the floodgates are just opening. The iron is hot right now in the cannabis space, and it’s time to strike.

Shifting Gears: It’s Going Beyond Bitcoin! Blockchain and Machine Learning are the Future!

As my readers are well aware, blockchain was a huge trend that we covered and profited from in a big way here at Crush The Street. The 2017 bull market was certainly an over-delivery, being the most exciting bull market in history, but it was no surprise to my readers that it was coming.

Today, we have the convergence of A.I. and blockchain on the horizon. I will remind everyone that even Mark Cuban has mentioned that the world’s first trillionaire will be an A.I. entrepreneur. Even if he’s wrong, it’s a bold statement that speaks volumes about the future trends.

There is no denying that blockchain and artificial intelligence are some of the leading technologies attracting wealth and talent across the globe.

Each of these technologies provide potential to be integrated into enterprise adoption and have experienced rapid growth in all areas in recent years. 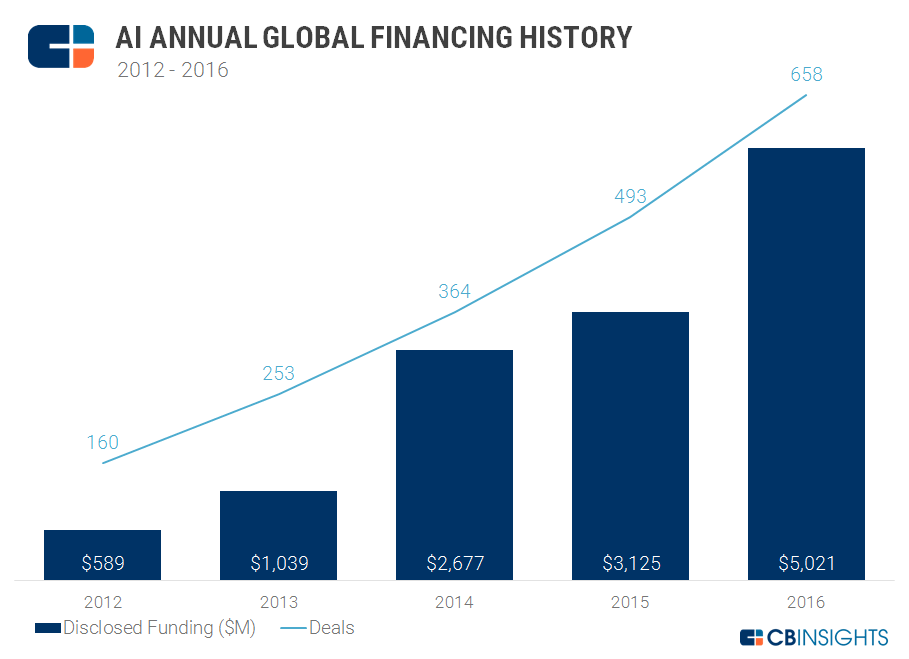 As you can see, there’s been an exponential rise in A.I. and blockchain investments.

As the charts illustrate above, there is a strong upward trend in both of these emerging sectors, with funding, wages, and overall start-up numbers increasing at an exponential rate, just like how the Dotcom companies emerged in droves during the late nineties and early 2000s.

The technological sector has been dominated by the emergence of the Internet, cloud-based applications, and social media.

The Internet’s arrival is now part of the foundation for the next wave of innovation, or as many simply say, the Internet of Things (IoT) or Internet 2.0. 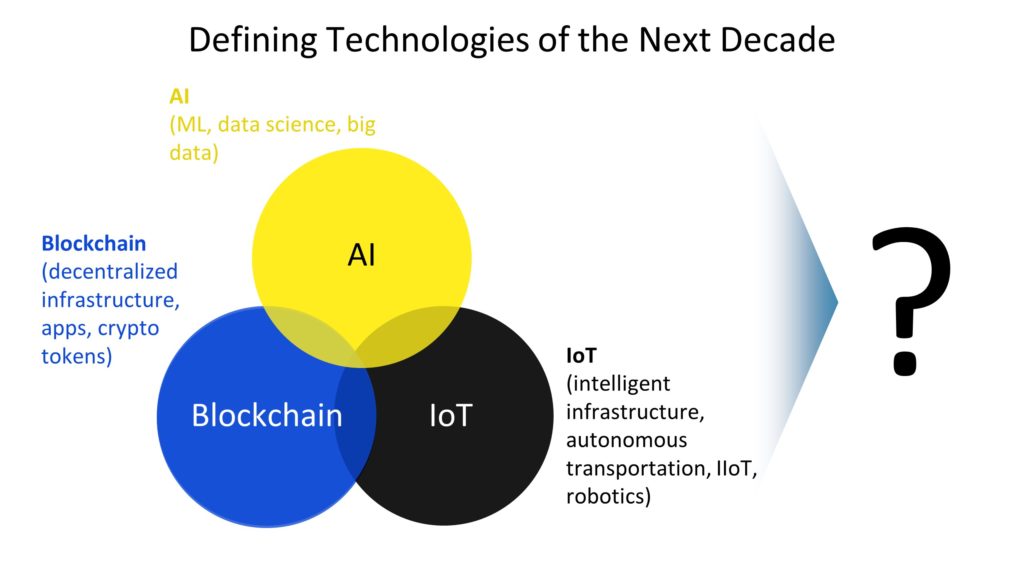 Blockchain, A.I., and the IoT are extensions of what we currently use today. A new era in technology is beginning to emerge. As established technology giants such as Google, Facebook, Uber, and Airbnb have changed how we communicate, travel, and learn, the next step is linking those services, making them even more personal and faster.

A.I. is born from centralization. While we use the Internet, advanced algorithms track, store, and even predict our behavior patterns, leading websites such as Google, YouTube, and social media platforms to use advanced A.I. to refine advertising campaigns. In China, it can give citizens a social score based on their behavior in society. Talk about a complete invasion of privacy society is embarking on. 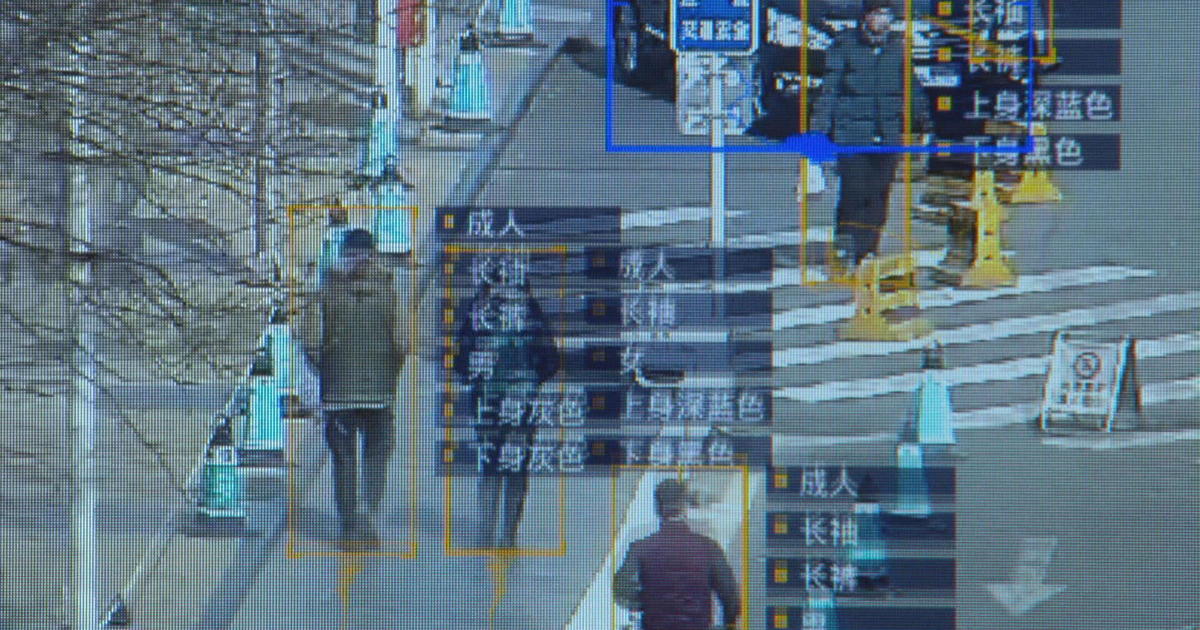 In contrast to this, blockchain emerged in the wake of the financial chaos of 2008, providing a long sought-after solution to the problems created by the few who retain all the power.

Artificial intelligence currently uses a specialized database to help make its decisions. As the technology advances, more efficient and independent decisions will be made, influencing our entire lives.

The blockchain is also a type of database or ledger, storing its information in a way that is immutable and pseudonymous, with all data being mathematically linked or “chained” to the previous piece of submitted data.

Scalable blockchain technology cannot only create a decentralized Internet 2.0 or the next “killer app,” but it can democratize A.I., creating trust and easy access to the emerging technology.

The Singularity Will Happen on the Internet 2.0!

I’m predicting that, decentralized A.I. could trigger the singularity, an event where A.I. surpasses all human intelligence, but it will need the perfect environment in which to flourish. This is really where A.I. goes beyond the programmer and advances autonomously. I believe it will be the combination of blockchains and A.I. that propel singularity forward.

A.I. machines, like Sophia, the robot created by Hanson Robotics, will be able to access the blockchain to learn and exchange information. Self-teaching machines will do jobs that require an extended amount of time for a human to achieve and will do so in moments.

By using the blockchain, separate machine intelligence can use the SingularityNET protocol, also developed by Hanson Robotics, to communicate and learn from one another in real-time while making A.I.-powered services available to businesses.

And whether people like it or not, this is the future, and it’s coming. The question is, “how will people even compete with this?”

In conclusion, we are in the early days of both of these technologies. Artificial intelligence may one day operate its own blockchain (or something more advanced) without ANY human intervention.

We are in an age where we as humans are going to need to be somehow financial tied to the upside in AI and blockchain. Whether it’s working a job as a programmer, using AI in our businesses to optimize growth, or simply being invested in the trends, it’s paramount that we are aware of what is coming so we can prepare.

“Artificial intelligence will reach human levels by around 2029. Follow that out further to, say, 2045, we will have multiplied the intelligence, the human biological machine intelligence of our civilization a billion-fold.” – Ray Kurzweil

I had a great discussion with Joe of Realist News, and we discussed the implications of artificial intelligence. If you want to get to know me a little more personally and delve deeper into the world of AI, I highly recommend you spend some time listening to this interview.

Never base any decision off of our emails. CrushTheStreet.com stock profiles are intended to be stock ideas, NOT recommendations. The ideas we present are high risk and you can lose your entire investment, we are not stock pickers, market timers, investment advisers, and you should not base any investment decision off our website, emails, videos, or anything we publish.  Please do your own research before investing. It is crucial that you at least look at current SEC filings and read the latest press releases. Information contained in this profile was extracted from current documents filed with the SEC, the company web site and other publicly available sources deemed reliable. Never base any investment decision from information contained in our website or emails or any or our publications. Our report is not intended to be, nor should it be construed as an offer to buy or sell, or a solicitation of an offer to buy or sell securities, or as a recommendation to purchase anything. We have entered into a three year agreement with Pure Global Cannabis, purchased shares, and have received three hundred thousand dollars paid for directly by the company for digital marketing. This publication may provide the addresses or contain hyperlinks to websites; we disclaim any responsibility for the content of any such other websites.  Please use our site as a place to get ideas. Enjoy our videos and news analysis, but never make an investment decision off of anything we say. Please review our entire disclaimer at CrushTheStreet.com.