Fault Lines: Can This Shaky Market Count on an End-of-Year Rally?

If there’s one thing that clients of money managers can’t stand, it’s showing a loss at year’s end. And if there’s one thing that money managers can’t stand, it’s losing clients. But with the major equities markets going absolutely nowhere in 2018 so far – or worse yet, showing a loss – a Santa Claus rally isn’t just optional anymore; it’s mission critical at this point.

Between the S&P 500, the NASDAQ, and the Russell 2000, the S&P 500 has been the most benign of the three in recent weeks and months. But it’s not showing a profit, and that’s cause for concern among fund managers as time runs out in 2018: 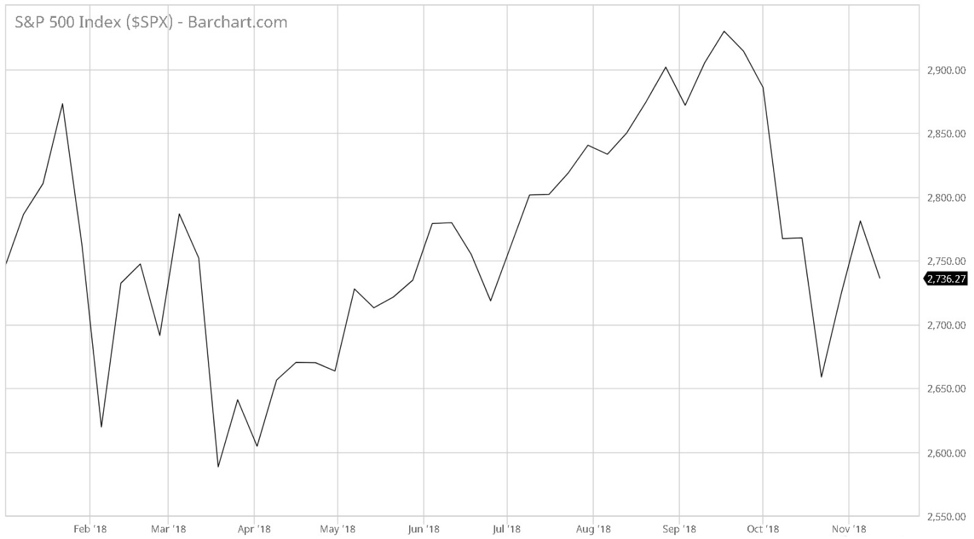 With less than a month and a half remaining and no sign of the recent market volatility letting up, the home stretch will be challenging for those with a vested interest in showing a year-end profit. Clients have been spoiled with returns averaging 8 to 10 percent over the years – and for those who got in after the bottoming of the 2008-2009 global meltdown, they’re accustomed to even greater returns than that.

Squeezing out 8 to 10 percent, or even 5 percent for that matter, from the S&P 500 by year’s end with so little time remaining would be a tall order in any market conditions. To make matters worse, there’s little indication that either the United States or China will concede or compromise in a trade war that just keeps going, month after month.

Furthermore, the same tech stocks that have almost single-handedly held up the broader market indexes have experienced a sharp decline in recent weeks, as valuations and price-to-earnings ratios finally start to reflect the actual values of these companies. It doesn’t require a market technician to see that the NASDAQ is in correction mode at the moment: 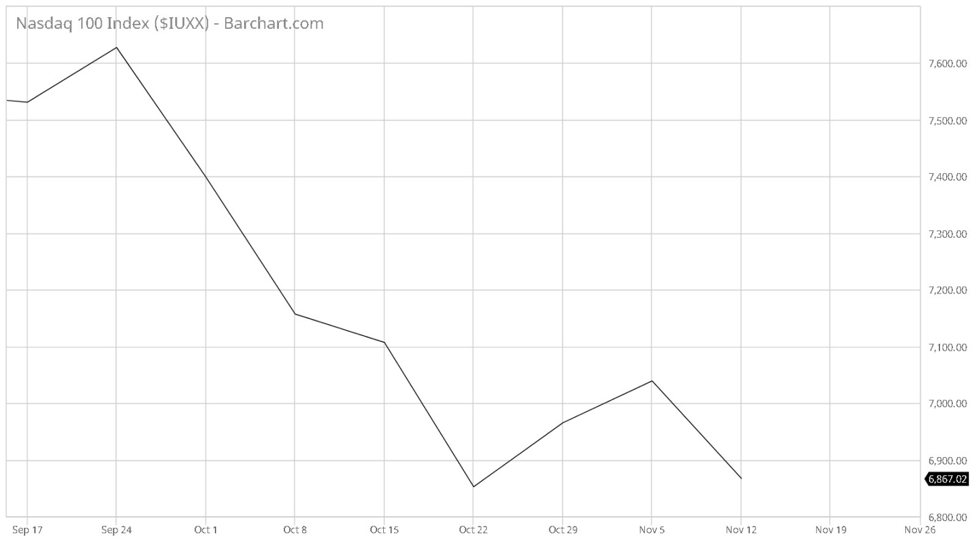 Market bulls were counting on earnings blowouts this season, but the actual results have been less than stellar: Apple didn’t go to the moon, Facebook has been puking, and NVIDIA suffered a nosedive of epic proportions. With most technology stocks already having reported their third-quarter earnings, that bus has already left the station and won’t be back in time to save investors in 2018.

It’s also worth looking at the index that some analysts and investors tend to ignore, but shouldn’t: the Russell 2000 index, which tracks the performance of a large sampling of small-cap stocks in the U.S. This particular gauge ought not to be ignored, as it can provide an indication of the overall health of the markets and the economy itself.

Taking a glance at the chart of the Russell 2000, we can see that it’s negative for 2018 so far. That’s not a healthy sign, but perhaps even more telling is how vicious and precipitous the decline was: 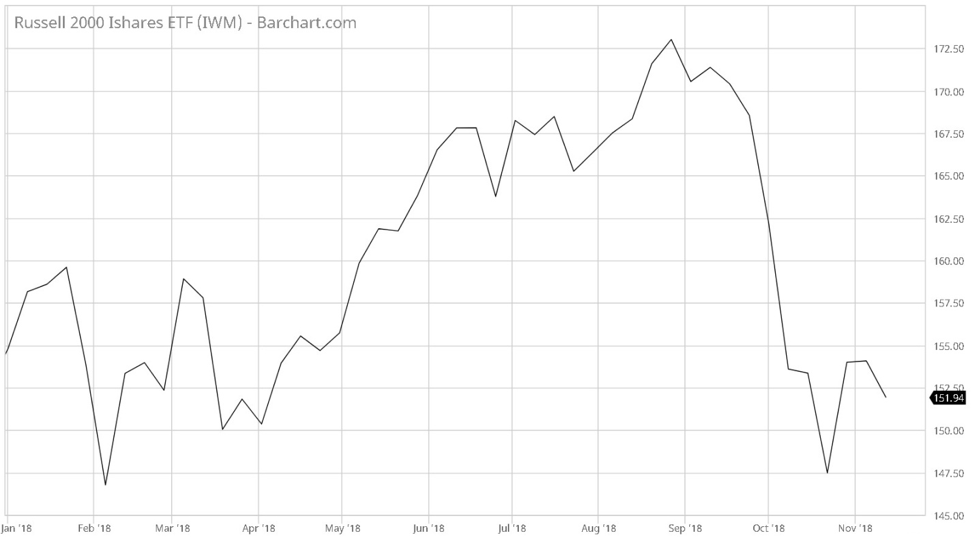 That’s not what a robust, confidence-inspiring market looks like to me. Unless Santa Claus arrives early and bears gifts like we haven’t seen in many years, I wouldn’t count on a last-minute stick save this year. To me, it’s just another sign that the decade-long bull market is getting long in the tooth and is, frankly long past the point of exhaustion.