Hard-asset investors are seeing quite the ride in March of 2019. After gold had its flash crash below $1,290 earlier this month, we are already seeing it back with conviction at over $1,310 and climbing: 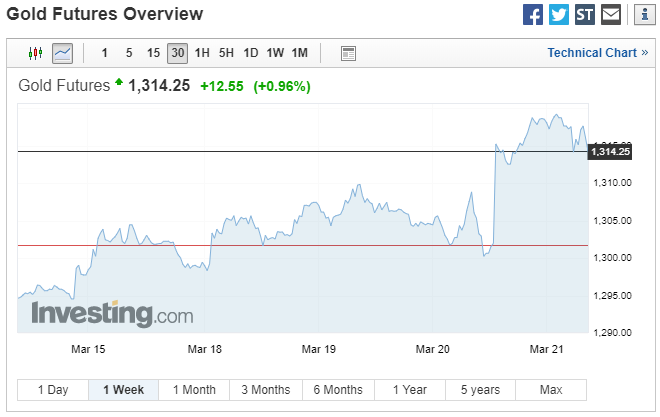 We’re even seeing strength in the crypto market starting to stir once again. Bitcoin has overtaken $4,000 and is building tremendous support at these levels for what I’m anticipating to be another major run.

As my readers know, we are completely in a monetary experiment. The dollar is in its 98th year of global dominance, which is FOUR years longer than the average previous runs historically lasted in other currencies.

My father always got a kick out of the word “buffoon” whenever someone used it to describe idiotic behavior, so I decided to throw it in while bringing up the Fed discussion today.

BALANCE SHEET BUFFOONERY: America is Losing Patience With the Fed Being “Patient”

After the Fed’s complete U-turn from four projected rate hikes in 2019 to only two, and then presumptions of zero rate hikes and possibly a rate cut, investors and analysts thought that nothing could possibly surprise us from Jay Powell anymore. Boy, were they wrong about that.

The same Fed that seemed to be taking the quantitative easing punch bowl away and bringing some old-school Paul Volcker-esque fiscal discipline back to the markets just a few months ago is not only bringing the punch bowl back, it sounds like someone spiked the punch and has been drinking it.

In plain, non-dot English, they’ve now decided to keep the federal funds rate at 2.4% – not just now, but for the rest of the year. And, as I mentioned before, the number of projected rate hikes has gone to zero; we all suspected that this would happen, but now it’s “official,” as it were.

The Fed expects no rate hikes for the rest of 2019 and to end balance sheet normalization way early. This means two big things: there’s no reason for the dollar to stay strong, and cheaper foreign investments look intriguing because of it.

What happened to higher interest rates and balance sheet tightening? It’s as if you were in a Boeing 737 jet that was malfunctioning, and the pilot’s idea to save the situation was to throttle things up and take the jet to higher elevations instead of grounding the flight sooner, rather than later.

Asset valuations are sky-high, and there is a great deal of room to fall…
After speaking with my friend Craig Hemke, of TF Metals Report, I can tell you that he is as bullish as ever about precious metals in 2019, and I couldn’t agree more.

It’s very likely more than just a cessation of the unwind: experts see September of this year as the resumption of the Fed’s bond-buying spree: 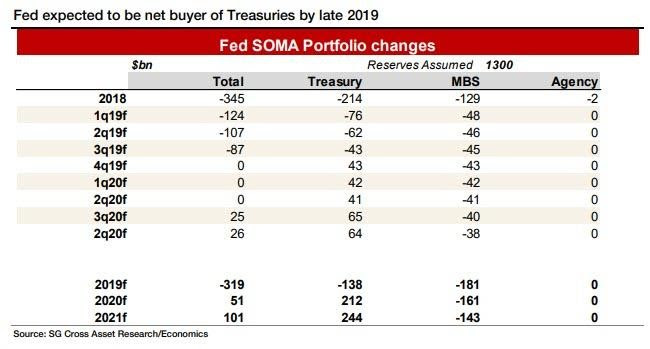 Is this QE 3? 4? 27? If you’ve lost track of which sequel they’re up to, you’re not alone. And just like in the movies, each sequel is less effective and enjoyable than the previous one. In any case, the Fed also projected weaker economic growth this year and next year, along with a slightly higher unemployment rate.

Perhaps worst of all, Powell’s mixed-message mayhem will practically guarantee a severe yield curve inversion – a consistent predictor of imminent recession. Will old Jay remain “patient” when the you-know-what hits the fan and he’s out of tools to prop up the markets and economy?

Gold has just been upgraded by the Bank of International Settlements to a zero-risk asset from a volatile and risky asset, which almost suggests a gold standard, if you ask me.

This is the reason why I ended 2018 pounding the table about gold and started it in this very fashion. I’m expecting life-changing gains for those that are invested and feel those who own the physical metal will be very pleased they do.