FIRED Up: Gold is Lit!

This is huge guys, gold is decisively trending higher. This is what gold investors need and for those of us positioning in, it’s what we want…

Amid a 20% correction in stocks followed by a sharp reversal, the underreported development is that gold’s momentum is picking up in tandem with the equities market. Confirmation to the upside is building as the price of gold rises along with stocks, signaling a decisive and powerful uptrend for gold.

The price of gold has been settling higher with each passing day, moving towards fresh six-month highs and sparking renewed interest in precious metals among the investing community. After touching the $1,280 level, traders are looking towards the psychologically significant $1,300 level as the next resistance level to be surmounted: 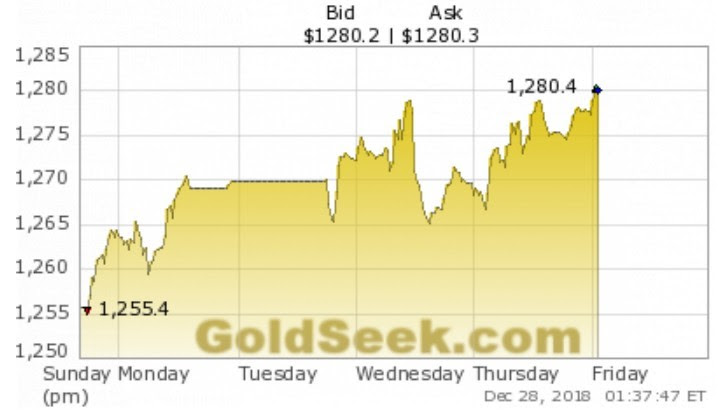 One of the most powerful moments I saw for gold in a long time was on Thursday of this week, overall equities were having an up day of 1%, and gold still moved up $10 from the previous close which signals to me, there is something stronger brewing beneath the surface in favor of a fresh bull market.

We haven’t seen these levels reached since June, which commenced a range-bound summer and fall for precious metals. The renewed interest and encouraging price action has effectively wiped out any losses accumulated during the year for gold.

Chart technicians are surmising that gold is, in fact, at a key resistance level, and that a break above this level will precipitate an acceleration in gold’s upward trajectory. However, it’s not just about the chart, as the wild, unpredictable price action in the major U.S. equity indexes has driven a rush to safe havens such as gold.

It’s also worth noting that gold is squarely above its 200-day moving average of $1,251, which for many traders is considered just as significant as the $1,300 level that so many investors are watching. And just as silver has cleared the important $15 level, gold’s hurdles should be overcome in the near future.

Despite this exciting news for gold, it remains largely unreported as the mainstream media has been distracted with other affairs. After the sleep-inducing low volatility of 2016 and 2017, this year has proved to be a wild, upside-down year full of twists, turns, and surprises: few analysts imagined that 93% of global asset classes would be negative this year – the worst year since 1901 – and that the U.S. dollar would outperform everything else, which hasn’t happened since 1969.

But don’t count on the dollar continuing to climb like it did in 2018. Pull back the chart and it’s easier to see the inevitable: any dead-cat bounce in the dollar will be followed by further devaluation as the U.S. Federal Reserve continues to relentlessly print money: 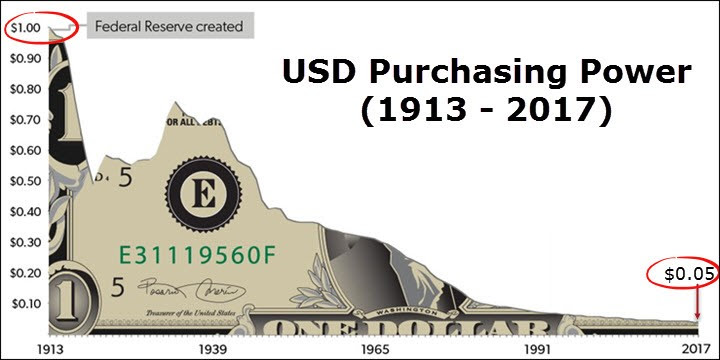 When we contrast that with the 2,400% rally in precious metals that started when Nixon closed the “gold window” in 1971 – and when we observe that major world powers like China, Russia, and India are dumping the dollar like yesterday’s trash – it becomes evident that the U.S. dollar cannot maintain its current trajectory.

So while the price of gold against the U.S. dollar did get stuck in a range for much of 2018, we can actually say that gold held up quite well in light of the dollar’s short-term bounce. And compared to the major stock market indexes, gold is looking mighty appealing as we head into the new year.

Bucking the seasonal bullishness that we often see in blue-chip indexes, the U.S. stock market has gone into full meltdown mode as we close out a turbulent year. February’s nasty correction is looking like child’s play now, as we’re seeing the Nasdaq, Russell 2000, and Dow Jones Transportation Index all falling into bear market (-20% or worse) territory. 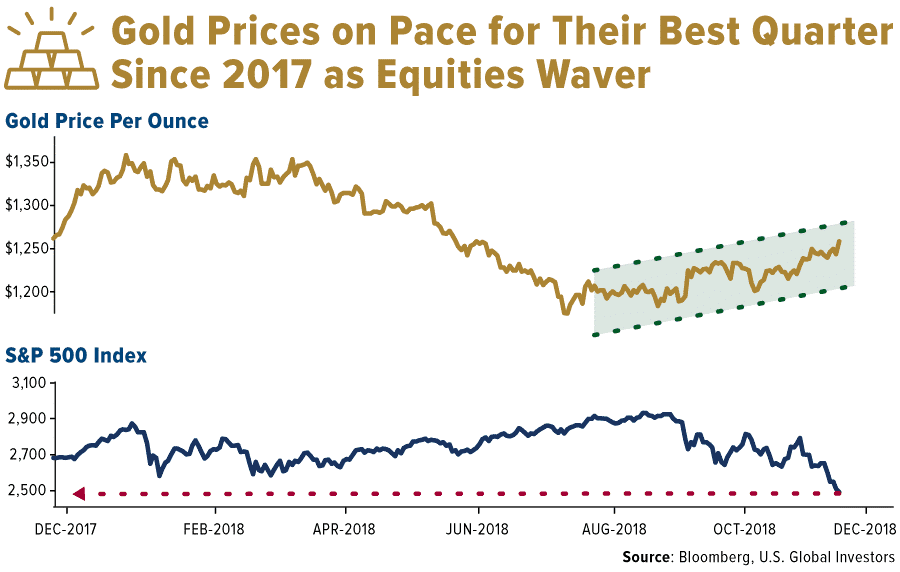 It’s the ideal setup for a spectacular year ahead for precious metals investors. With so many headwinds for blue-chip stocks – the U.S.-China trade war, tension between the President and Fed Chair, and the specter of a protracted government shutdown among them – gold ownership is a necessity in these troubled times.

Other nations know this, and we’re seeing countries like Russia, China, Turkey, Germany, France, and Italy shoring up their gold reserves. Fund managers like Jeff Gundlach and Ray Dalio know it too, as they’ve been augmenting their own precious metals allocations.

As the stock-market chickens come home to roost, 2019 will be a year of normalization: the overpriced will underperform, and tangible assets with real value will shine. We’re already seeing this in progress, as evidenced by the falling Dow-to-gold ratio: 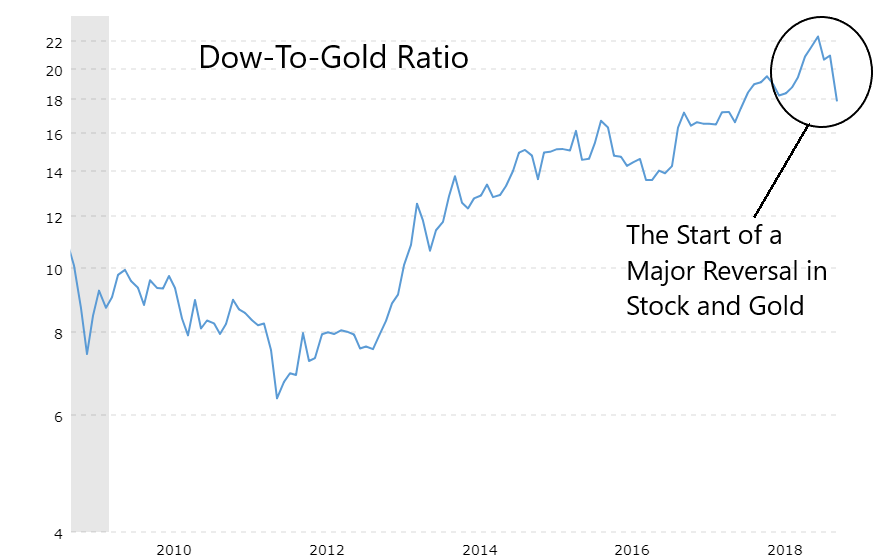 With gold breaking above its 200-day moving average and blue-chip stocks crashing through key support levels, the scales are tipping in favor as risk-off complacency loses its appeal and gold regains its rightful place as the go-to safety net of choice when shaky markets succumb to political turmoil.

But let’s not shortchange gold’s potential in 2019: more than a safety net, I’m looking to gold as a strong contender for the best-performing asset class next year. Rock-solid and ready to take off, the gold market is preparing for an unforgettable year – and hopefully, you are too.