Market predictions come and market predictions go, and opinions are a dime a dozen in the financial community. But when an esteemed fund manager who anticipated the 2000 and 2008 crashes talks, people actually listen.

In his most recent Hussman Market Comment entitled “The Heart of the Matter,” Hussman Investment Trust President John P. Hussman, Ph.D., didn’t pull any punches in his pessimistic outlook of the U.S. equities markets. While most fund managers were still licking their wound from a brutal October, Hussman is bracing for impact with some hair-raising predictions.

Not one to console those who bled capital in October, Hussan cautioned investors to “get used to that kind of volatility” and added that “October’s market decline was a rather mild warning shot.” If so, that was a heck of a warning shot: at one point, the S&P 500 slid 9.9% from its September peak.

And then comes Hussman’s haymaker: “By the completion of the current market cycle, I continue to expect the S&P 500 to lose nearly two-thirds of its value.” I wasn’t able to identify a specific time frame for the end of the cycle in Hussman’s commentary, but there were an abundance of charts to prove his point, which mainly revolved around lofty stock valuations: 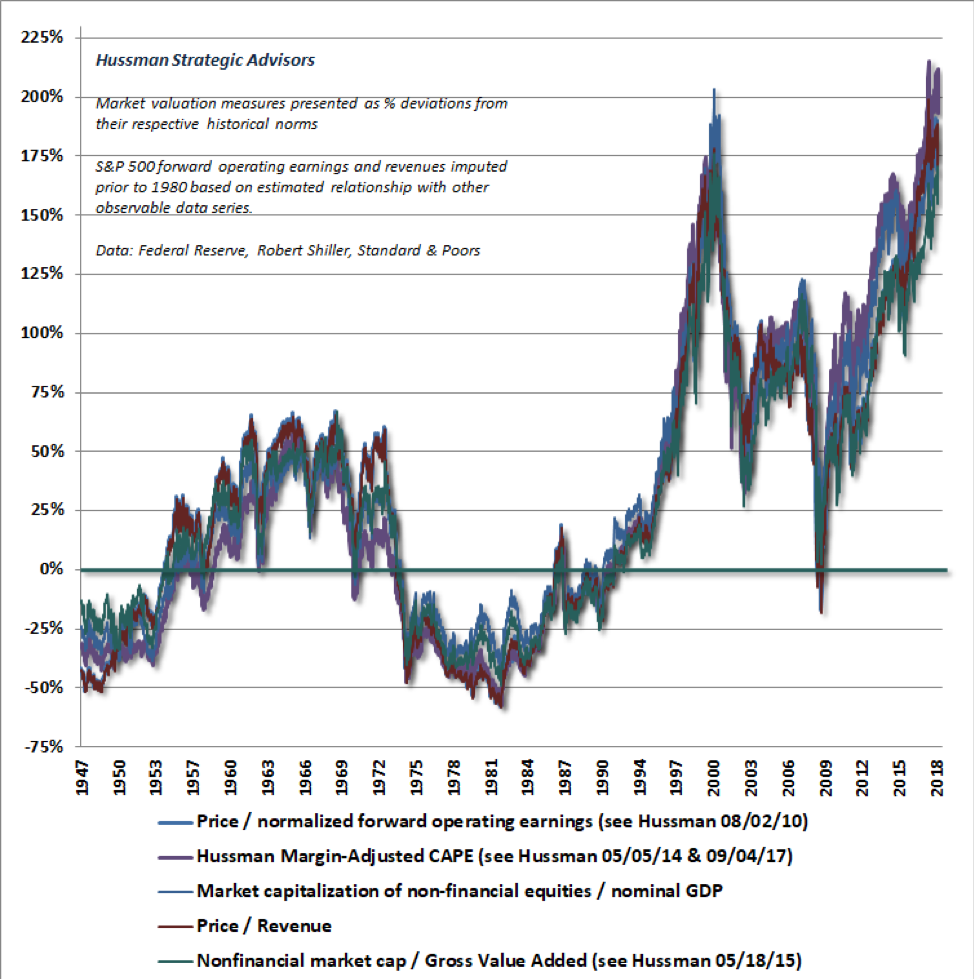 What we see here are multiple valuation indicators moving in tandem – and all are stretched to extremes. Clearly we’re in uncharted territory that previous generations couldn’t have imagined, and Hussman makes it abundantly clear that investors are trading at lofty altitudes: “There is no market cycle in history, even at the 2002 low, that ended at market valuations greater than half the level they established at the recent peak.”

Valuations do matter in the long term, and in a decade-old equities bull market, it may indeed be time for greedy investors and fund managers to pay the piper. And if Hussman is correct in his assessment of the current market environment, the piper will be paid sooner rather than later: “Presently, neither valuations nor internals are favorable, and that is what opens up a trap door under the market.”

What will this trap door look like? For retirees and near-retirees, Hussman paints a bleak picture: “The coming years are likely to include a rather widespread pension crisis.” For investors with a conventional mix of 60% S&P 500 exposure and 40% Treasury bonds/bills, Hussman expects the 12-year total return to be a dismal 0.48%: 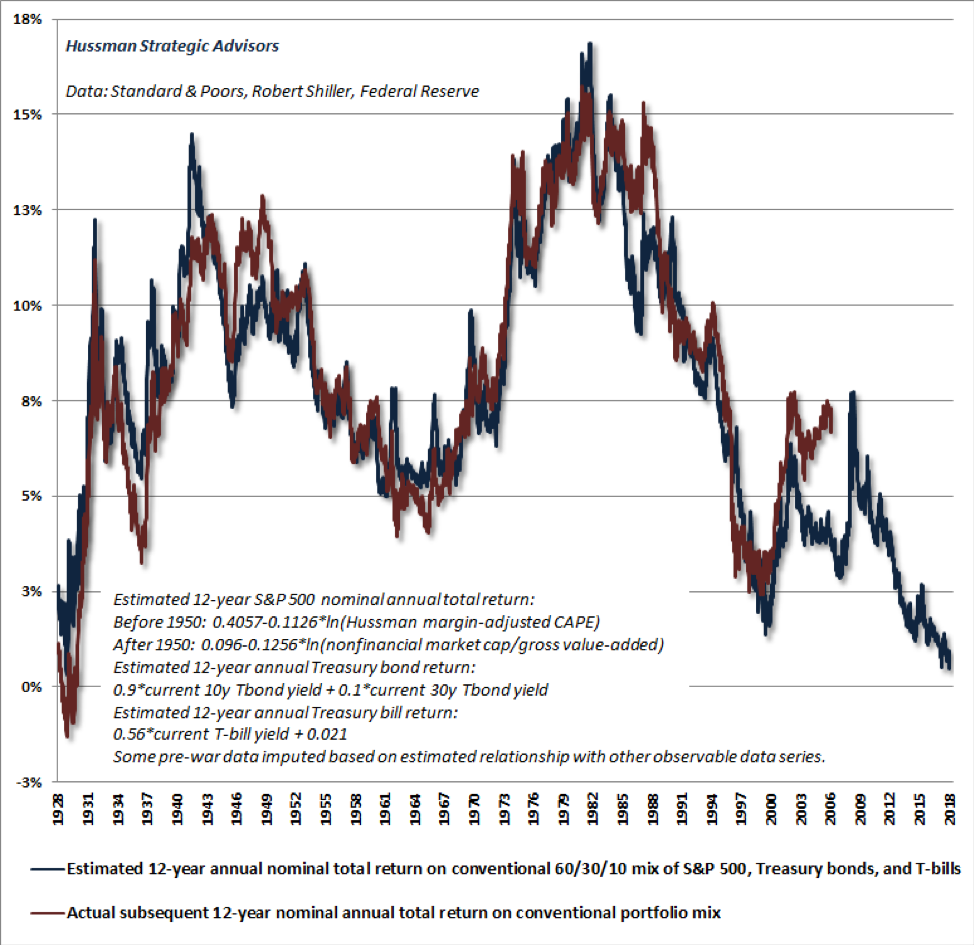 If any short-term rallies do occur in the near term, Hussman explains that it’s normal for bear markets to include dead-cat bounces from oversold conditions. Thus, it’s to be expected that the next crash will have waterfall declines interspersed with “multiple interim recoveries approaching even 10-20%.”

Whether you choose to heed Hussman’s market call or not, it’s never a bad idea to start investigating hedging strategies in a late-stage bull market, if you haven’t done so already. Exposure to physical precious metals along with selected mining stocks – many of which are trading at bargain prices at the moment – is part of my personal hedging strategy for the currently precarious market environment.