Game Over: Debt Has Become our National Pastime

The easiest money to spend is other people’s money, and when there’s no accountability or proximate consequences, malfeasance becomes par for the course. The U.S. national debt is frequently denounced in the traditional media as a burden, but the citizenry has become so accustomed to this form of indentured servitude that it’s now accepted, deplorably, as a way of life.

Much like baseball, the national debt can be enjoyed as a spectator sport: head on over to One Bryant Park in downtown Manhattan and follow along (if you can – the numbers move with lightning speed) as the billboard-sized National Debt Clock churns out numbers faster than you can say, “We’re all screwed.”

It kind of reminds me of the old McDonald’s signs that would say, “OVER ___ BILLION SERVED,” where they had to keep replacing the number because evidently Americans just couldn’t get enough of those burgers. Eventually they gave up on using numbers (and steering Americans towards a healthier lifestyle, apparently) and simply wrote, “BILLIONS AND BILLIONS SERVED.” 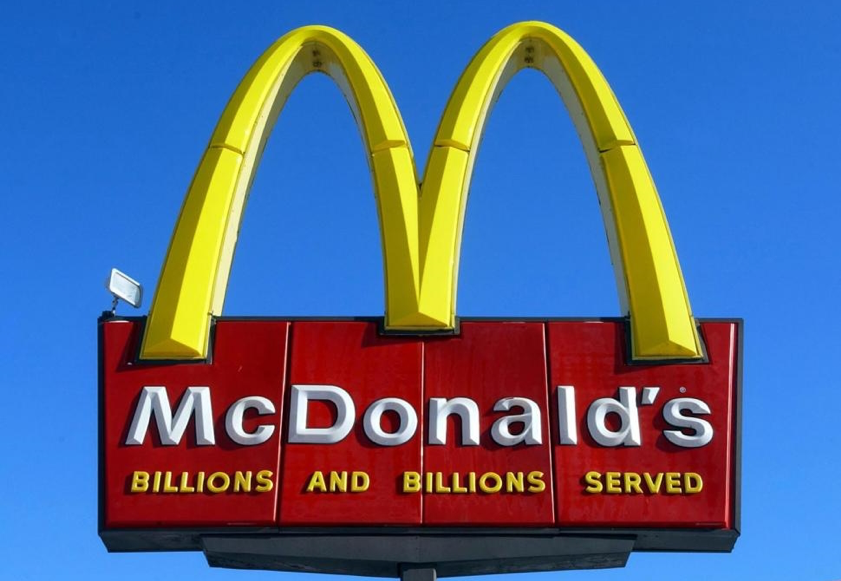 Whether this is to be construed as a victory or a defeat depends on whom you’re asking. Meanwhile, in the case of the National Debt Clock, one can only wonder whether the number churn will eventually short-circuit; perhaps this will prompt a more McDonald’s-esque approach, such as a permanent sign declaring, “BILLIONS AND BILLIONS SQUANDERED.”

Actually it’s in the trillions now, but who’s even counting anymore? It’s hard to keep track when the numbers are moving so fast. I’m looking at the updated online version of the National Debt Clock over at usdebtclock.org right now, and currently it stands at around $21.6 trillion, which translated to $65,767 per citizen, or $177,284 per taxpayer. Kind of makes you angry to be a taxpayer, doesn’t it?

Yes, I know, children and some poor people and retirees don’t pay taxes – we can have a “vigorous debate” (read: “Jerry Springer-like brawl”) on that another time; suffice it to say for the time being that this can’t all end well. The fact that a Debt Clock even exists is cause for concern, to say the least.

What will the ninth inning of this surreal and profoundly criminal game look like? I’ll leave it to someone with much greater financial savvy than I to answer that one: 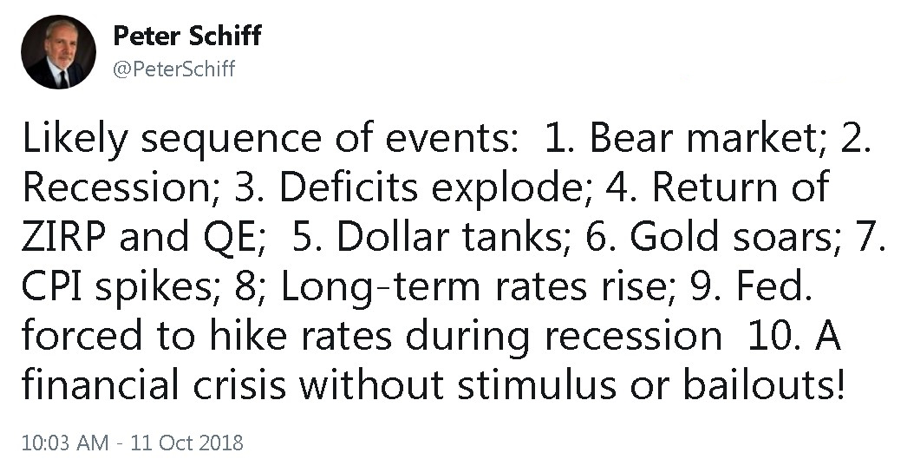 I actually think Mr. Schiff’s being charitable here: I question whether QE will even be an option when things get to that point. And I don’t believe we’re very far now from the point of no return, with the post-financial-crisis debt-to-GDP ratio surpassing 100%:

Courtesy of tradingeconomics.com, The U.S. Bureau of Public Debt

Our federal government has carried a budget deficit in all but two years since 1973, so once again, being a debtor nation is the new normal; to most people, debt enslavement is “just the way it is.” Peter Schiff’s tweet notwithstanding, whether stimulus and bailouts can help us kick the can a little further down the road remains to be seen – until then, I’ll be enjoying a warm bag of popcorn and a lovely evening in One Bryant Park, watching the Clock tick away our hopes, dreams, and future.