Gold is one of nature’s finest creations. 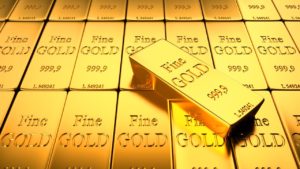 On the other hand central banks create trillions of fiat currency units – dollars, euros, yen, quataloos, whatever – from nothing and use those currency units for purchases … Apple stock, salaries for a thousand Ph.D. economists, office buildings, lobbyists, politicians, gold bullion etc.

It is unfair that the Fed creates trillions of dollars from nothing and values those dollars equally with other dollars created from the efforts of millions of businesses and individuals.

UNFAIR? Of course it’s unfair. That’s the point! With their “unfair” ability to create fiat currency that spends the same as existing currency, central bankers increase their power and wealth at the expense of citizens. They own or control governments, congressmen, CEO’s, commercial bankers and more.

Don’t expect this to change. Those in power like things as they are.

From (the brilliant) Alasdair Macleod: “Understanding Money and Prices”

“Gold matters, because, excepting silver, it is the only form of money that has survived since individuals discovered the convenience of money over barter. It is beyond the control of governments, as they cannot issue it without acquiring it first. It is subject to the constraints of its quality, so that as a medium of credit it cannot be debauched, only defaulted upon. Its relative inflexibility and its soundness are the primary reason governments do not like monetary gold, and force their preferred alternative on their citizenry. The vested interest of government is therefore to discourage, or even ban the use of gold as competing money.”

A F.I.N.E. central bank can be defined as a Freaked out, Incompetent, Neurotic, Excessive central bank.

Freaked out: Central banks have devalued currencies, “stimulated” economies by massive “printing” of currency units, forced near zero and “negative interest” rates upon economies, and a hundred other deceptive, destructive and devaluing practices. They are freaked out because ordinary people realize central bankereconomic models and policies only benefit the wealthy.

Central banks are enormously helpful to the financial and political elite. The “game” is not over but their edifice constructed on fiat currency, lies, and bad policy is wobbly.

Incompetent: The Fed has devalued the U.S. dollar by about 98% since 1913. Central banks lowered interest rates to near (U.S.) or below zero (Europe) since the financial crisis of 2008, and yet the economies of Europe and the U.S. remain weak or have contracted. If central banks are expected to support their economies, they appear incompetent. However, if their purpose is to extractwealth from the citizens and transfer it to the elite, then central banks are competent and successful.

Neurotic: QE1, QE2, operation twist, “whatever it takes,” serial bubble blowers, try something to see if it works, and flip-flop often.

And the consequences of central banker actions will be … what they always are: Devaluation of currencies, transfer of wealth to the few, increased debt etc. It has been reported that global debt is now $217 trillion. Choices:

The end-game according to Alasdair Macleod:

“The outcome is inevitably cyclical. Prices will start rising at a greater rate, and interest rates must rise to keep pace. Unaffordable nominal rates in the near to medium term are a racing certainty. We can assume that a new financial and economic crisis will follow, in which case over-indebted businesses will go bust, asset values crash, and banks will move from insolvency toward bankruptcy, just as the deflationists fear. The response from central banks will unquestionably be to flood the financial system with yet more money [the fiat stuff] to keep the banks alive, and insolvent businesses afloat. Quantitative easing to support asset prices and to fund government spending will have to be reintroduced at a greater level than seen heretofore.”

A preview of what is coming:

Illinois: “From Horrific to Catastrophic”

The Broken States of the Union

Gold for preservation of assets and purchasing power is necessary. Otherwise why would China and Russia substantially increase their gold hoards every year?