How Much Gold Should You Hold?

It’s funny how hardly anyone was talking about gold ownership when it was trading at $1,150 per ounce. Now that it’s in the $1,400 region, investor sentiment is finally starting to catch up to gold’s real value and the topic of interest has shifted from “Should I own gold?” to “How much should I own?”

This reminds me of three quotes that I use often. The first two have been around for a long time: “If you don’t hold it, you don’t own it,” which is a succinct argument in favor of owning physical gold, and “Always keep enough gold on hand to bribe the border guards,” an old European saying that’s actually still relevant in a literal sense in some parts of the world.

The third quote, probably my favorite of the three, is from Bridgewater’s Ray Dalio: “If you don’t own gold, you know neither history nor economics.” That’s a scathing indictment of gold critics like Warren Buffett, but it’s also a call to action for anyone interested in a (literally) rock-solid portfolio diversifier in these troubling times.

So again, it’s not a question of whether to own gold, but how much. It’s a question that unfortunately has no one-size-fits-all answer because it depends on your age, your level of risk tolerance, what other investments you own (if any), and your confidence in the economy (or lack thereof).

One thing that’s inarguable is gold’s enduring status as the undisputed heavyweight champion of uncorrelated assets over the years: 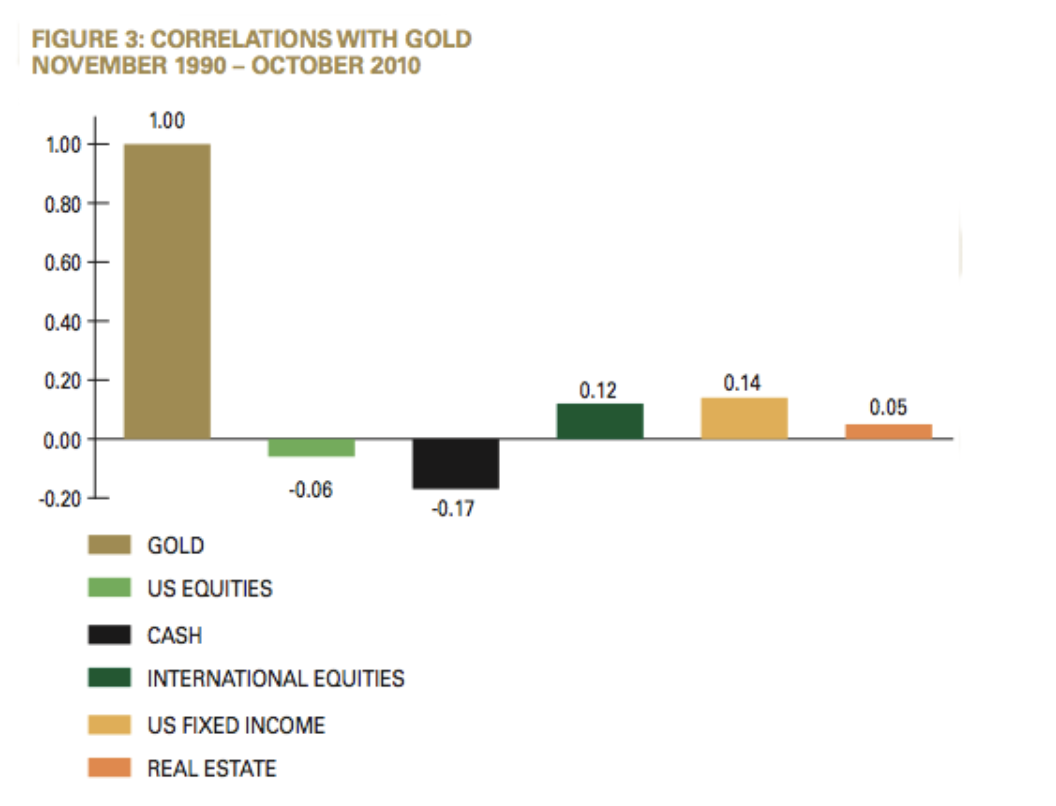 Decade after decade and generation after generation, gold has been uncorrelated to blue-chip stock market indexes, real estate, and other common income-producing assets. Therefore, if you have any inkling whatsoever that the stock or real estate markets will face a major contraction in the near future, I certainly hope that you’re considering a position in gold sooner rather than later.

Portfolio Wealth Global founder and multimillionaire Tom Beck once gave me an easy formula to remember: if you don’t have any physical gold, what you can do is calculate two years’ worth of your household’s expenses, and then buy that amount’s worth of precious metals (if you can afford to do that).

That might not be a solution for every investor, but it’s a formula that makes sense because you’d be creating a shield against any impending economic crisis for yourself and your family. It’s like a form of insurance that doesn’t rely on an insurance company – or the government, for that matter – to deliver on their promises.

On top of that, you can wait until there’s another dip in the price of gold; unfortunately it’s too late to buy at the $1,150 level, but there will always be other dips on the way up. Additionally, you can take strategic positions in mining companies, and the Crush the Street team is constantly conducting deep research to bring you the most up-to-date information on opportunities in this sector. 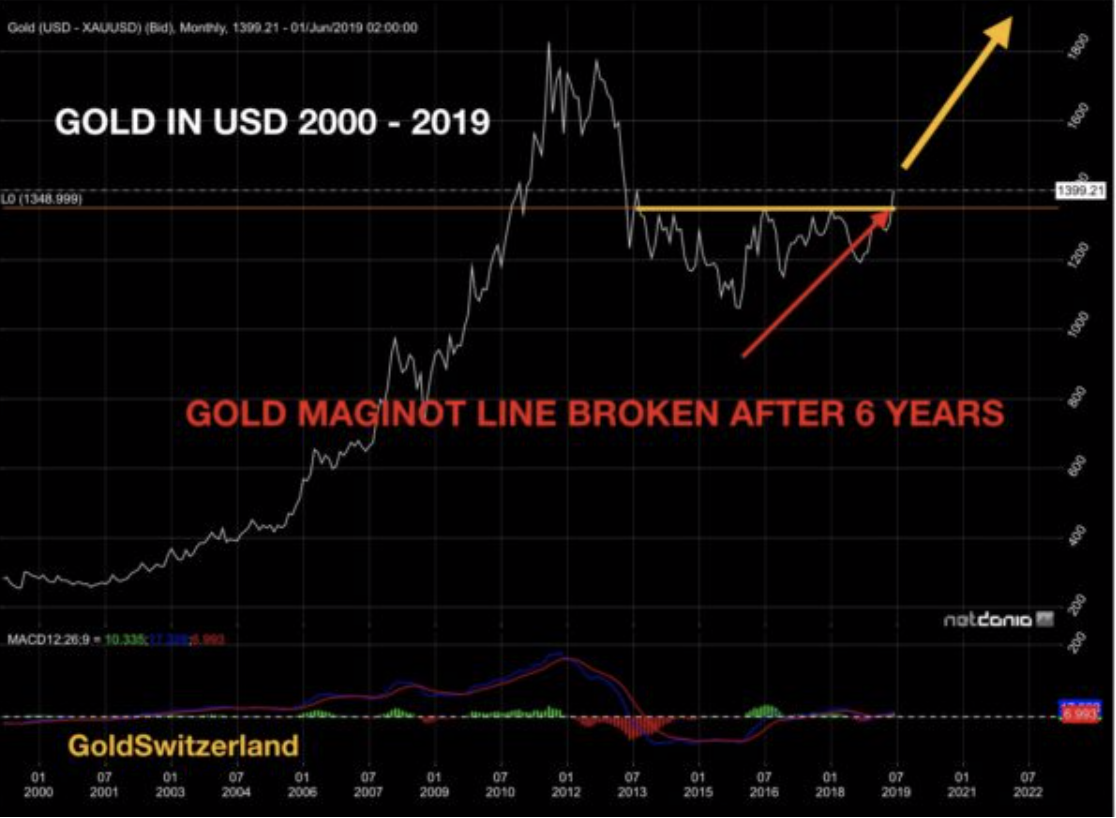 But even if you’re not anticipating an economic crisis, physical gold still has the potential to be a spectacular growth investment through 2022 at the very least. Now that gold has broken through the $1,400 Maginot Line with conviction, there’s nothing standing in the way of its path to its previous high of $1,895 and beyond.

Donald Trump will actually help this happen, as he’s on a mission to devaluate the U.S. dollar in order to encourage the global trade of American goods and to make it easier to pay off the national debt. And as Franco-Nevada chairman and a co-founder Pierre Lassonde once said, “When the dollar is strong, there is no need for gold. But when the dollar is weak, people go back to gold.”

Trump has been candid about his position on keeping the dollar cheap, as evidenced in his tweet from June 11: “the Euro and other currencies are devalued against the dollar, putting the U.S. at a big disadvantage. The Fed Interest rate way to high, added to ridiculous quantitative tightening! They don’t have a clue!”

If owning two years’ worth of expenditures in gold isn’t right for you, then you could consider the strategy of Kevin O’Leary, who manages a $1.5 billion mutual fund and always maintains a 5% or greater position in gold. If your faith in the economy is minimal, then a 10% or even a 15% position in gold and/or mining companies is reasonable.

Ultimately, you have to decide where your own personal “Maginot Line” is – how much you’d like to participate in ownership of history’s greatest hard asset.