2018 is on its way out, and it has been an incredible year for us all at Crush the Street. We’ve experienced some tremendous winners and have covered trends this year that will have consequential impacts on the world for decades to come. We are as supercharged as ever to strike in 2019 like we’ve never done before.

It’s time to look to the future, and I’m 100% confident that 2019 will be even bigger and better. Crush the Street was founded on the principle of opting out of conventional wisdom and looking at the markets with a skeptical eye: when the crowd and the mainstream media go one way, we’re more than happy to go in the other direction. The road less traveled always has a higher risk, but always a higher reward for those who persevere.

The idea is to discover trends before the mainstream catches on and piles into a trade, making it too crowded and too richly valued to get in on. By the time most folks are buying, we’re taking profits and looking forward to the next opportunity. Buy the rumor, sell the news…

With all of that in mind, let’s take a look at three trends that will dominate the next year in finance. By keeping an eye out for these trends, you’ll be better prepared to enter your trades and investments BEFORE the latecomers run the price up.

1. Precious Metals and Miners. Gold held the $1,200 level beautifully this year, and it’s bouncing nicely just like it did in late 2016/early 2017. Gold just needs to break through the $1,350 resistance level, and the sky’s the limit: 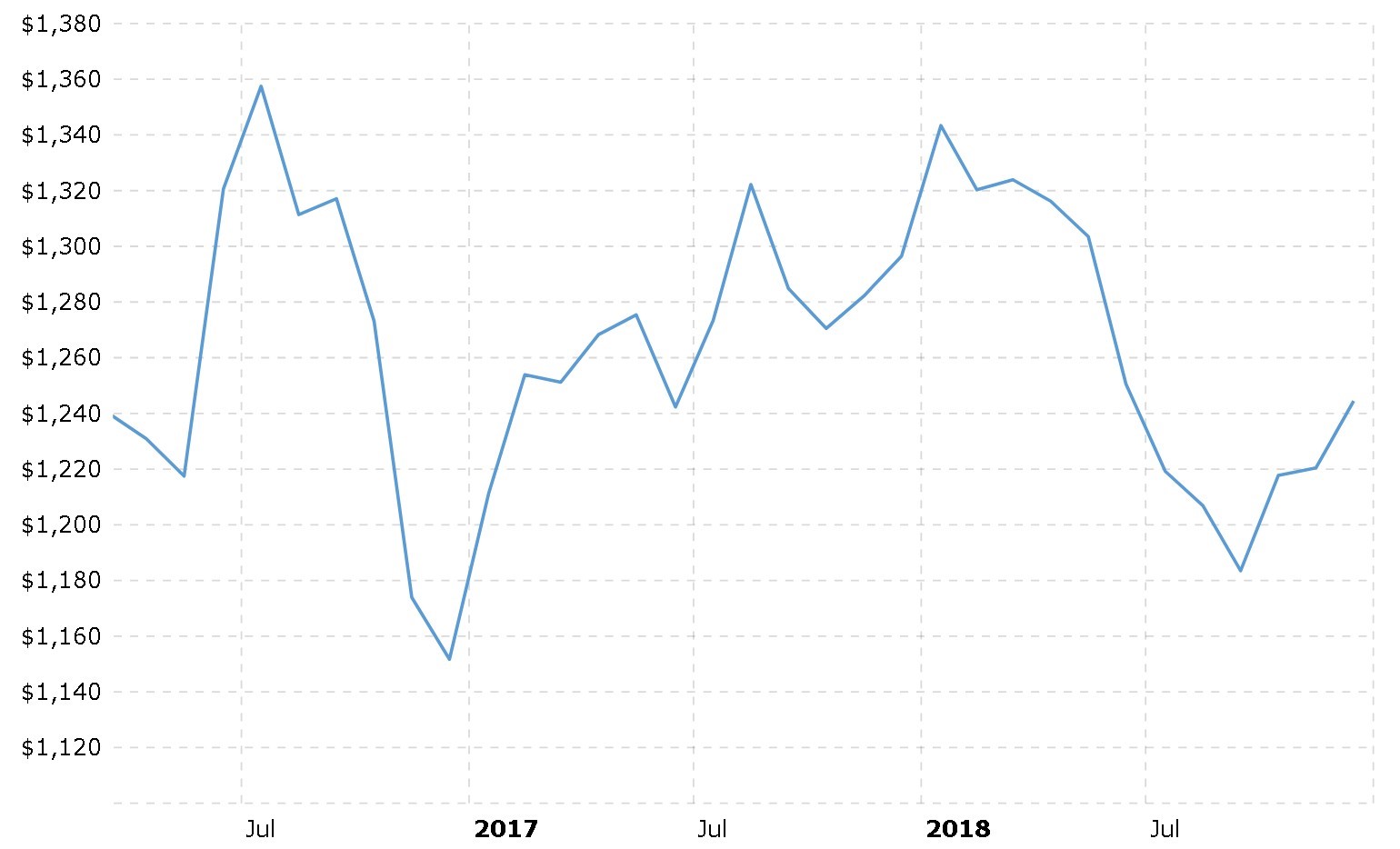 A retest of the $1,900 level that gold touched in 2011 is not out of the question in 2019. And with the gold-silver ratio in the mid-80’s, a rare occurrence that typically precedes outperformance in silver, it’s a great idea to add some silver into the mix of your precious metals holdings.

The fact that gold is still trading at a bargain-basement price is pretty amazing, considering that other nations are hoarding gold like there’s no tomorrow. Take China as an example: this nation has ramped up its physical gold accumulation in recent years, with the current stated figure being 1,842 metric tons (the sudden jumps in the chart are because China announces its gold holdings every five years or so): 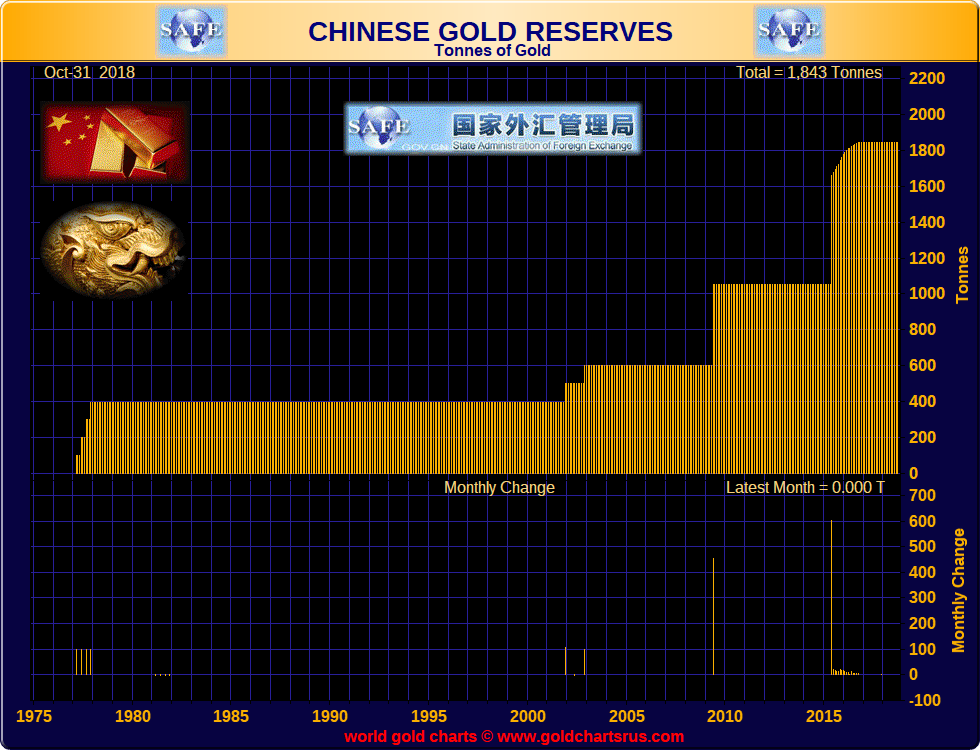 Meanwhile, according to the World Gold Council, the Central Bank of Russia has more than doubled the pace of its gold purchases and has tripled its gold reserves from approximately 600 metric tons to 1,800 metric tons. This increase brings Russia’s international gold reserves to the highest level since Vladimir Putin became the Russian president 18 years ago.

These nations know what so few retail traders, unfortunately, don’t: a deteriorating U.S. dollar in 2019 will make gold an extremely attractive and valuable alternative. And while gold and its cousin, silver, become more richly valued, so will the companies that mine for these precious metals.

If you like gold and silver at their current prices, then you’ll definitely love the miners right now. Mining stocks are trading at extremely oversold prices, and while the Crush the Street research team doesn’t recommend every mining stock we come across, we’re going to reveal some incredible picks from this sector in the new year.

2. Cannabis. If you’re not watching the legalized cannabis sector in 2019, it’s time to open your mind to the extraordinary possibilities that this market can bring to early-stage investors. Prohibition is an obsolete notion in a time when maps are literally being changed every year to reflect new pro-cannabis policies: 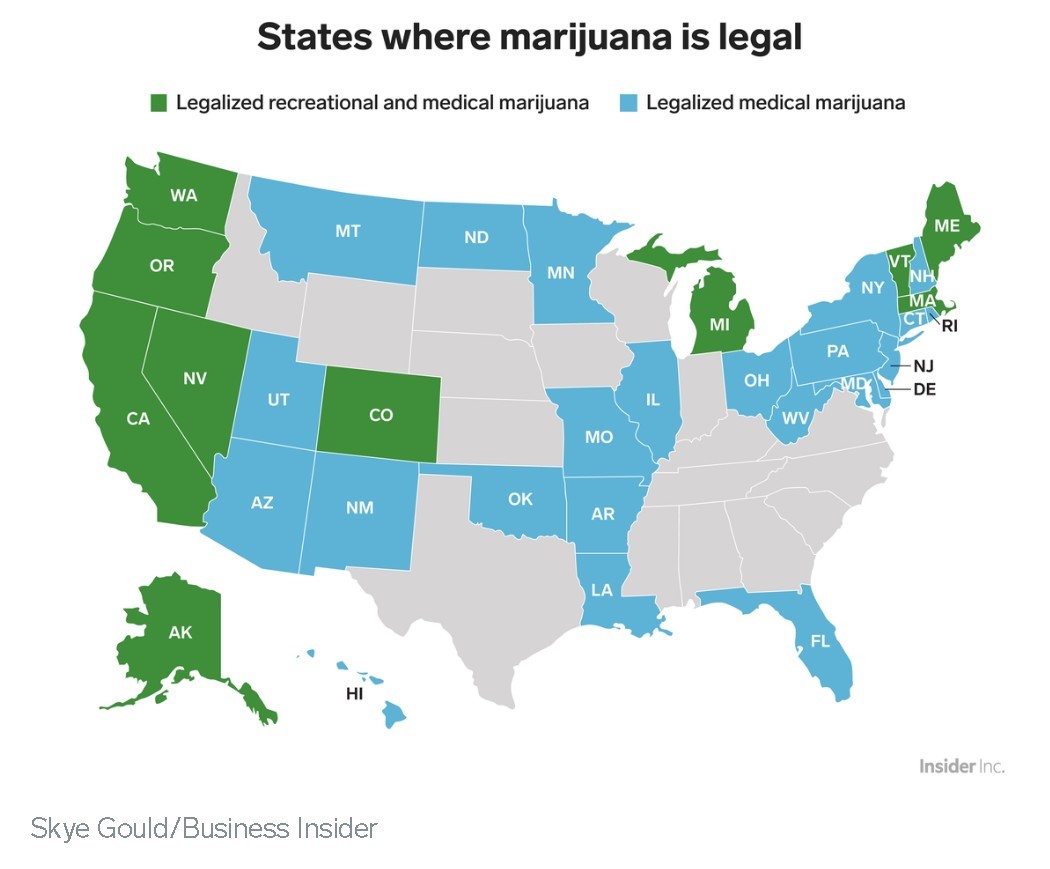 This year, three new states – Michigan, Utah, and Missouri – were added to the list of U.S. states with pro-cannabis laws on the books. 2019 could easily see more states change their policies, as over 60% of the American public now supports the legalization of marijuana.

It also doesn’t hurt that the anti-marijuana former attorney general, Jeff Session, has resigned from his post and will very likely be replaced with someone more legalization-friendly. There’s also the weed-friendly news from Canada that took place in October, when Bill C-45 (a.k.a. the Cannabis Act) legalized recreational cannabis use nationally for adults.

And don’t forget about the financial impact of giant mega-corporations scrambling to get into the legal cannabis trade. Altria Group (the owner of Philip Morris, which makes Marlboro brand cigarettes) and Constellation Brands (which makes Corona brand beer) are two examples of huge companies making big moves into the highly lucrative legal marijuana market.

It is my belief that anyone in the way of cannabis legalization will be bulldozed by the overwhelming support of the developing industry.

These tailwinds have enriched cannabis stock investors in 2018 and will continue to build wealth for Crush the Street’s loyal followers as we pick out the crème de la crème of companies within the legalized marijuana space.

3. Blockchain. Early-stage technologies (the Internet, smartphones, etc.) inevitably face resistance and bumps in the road as they wend their way through the journey to mass adoption. Bitcoin and the blockchain are no exception, as they are still in the early stages and are working out their growing pains, which is a normal part of the process.

That’s not much comfort to anyone who may have bought Bitcoin at $20,000, but Crush the Street got in much earlier than that, and we’re still very profitable in our crypto positions. Even though we feel like the current bear market environment is likely to continue for a little while longer, the fundamentals are going to be paved in 2019 in big ways.

With the blockchain’s infrastructure still being built out, opportunities abound for companies to provide a multitude of services as the industry expands exponentially: 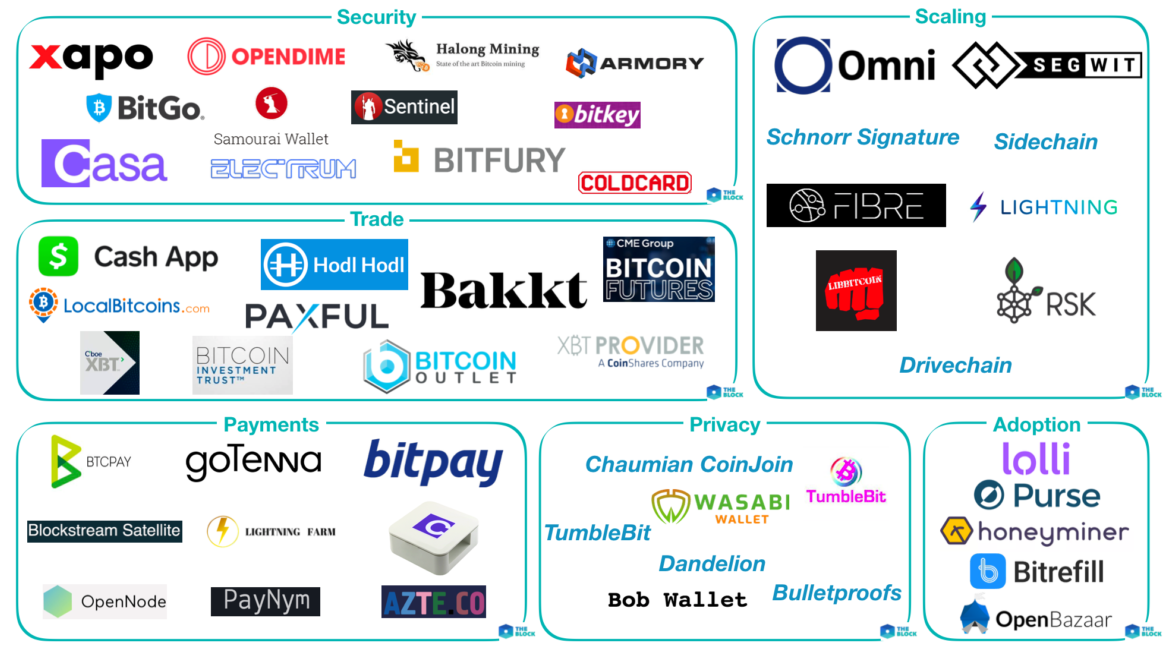 Cryptocurrency and the blockchain are far from the point of saturation – large institutions know this, and that’s why big banks like JP Morgan, Goldman Sachs, and Bank of America have dove into blockchain technology. 2019 is likely to be the year when big money comes into crypto and the blockchain, rewarding patient investors who took their positions early on.

Ditching conventional wisdom, catching trends before the traditional media, and reporting on the best opportunities in the markets – Crush the Street will keep on bringing you the consistent winners in 2019 so you can make it the best year ever.