IN THE NAME OF JUSTICE: Robert David Steele’s Legacy of Truth in the Face of Opposition

Bringing the unfiltered truth to the public is a bold move in an age of fake news and political correctness. A free society depends on bold souls, however, as truth is the foundational element of knowledge and justice – and it’s badly needed in a time when few reporters dare to confront reality.

If we can count on anybody to seek out and report the truth, it’s Robert David Steele. He’s a former U.S. Marine Corps officer, CIA clandestine operations officer, and founder of the Marine Corps Intelligence Activity. Today he is the CEO of Earth Intelligence Network a non-profit and also a new for profit Open Source Everything, Inc. He curates a blog, The Phi Beta Iota Public Intelligence Blog, while offering his life’s work free online at RobertDavidSteele.com.

Mr. Steele has earned his stellar reputation through an extensive body of work in pursuing the truth, weeding out corrupt politicians, and exposing big scandals. He maintains that he is a reformer rather than a whistleblower, and that #UNRIG — election reform — is the one reform that must precede all other reforms. 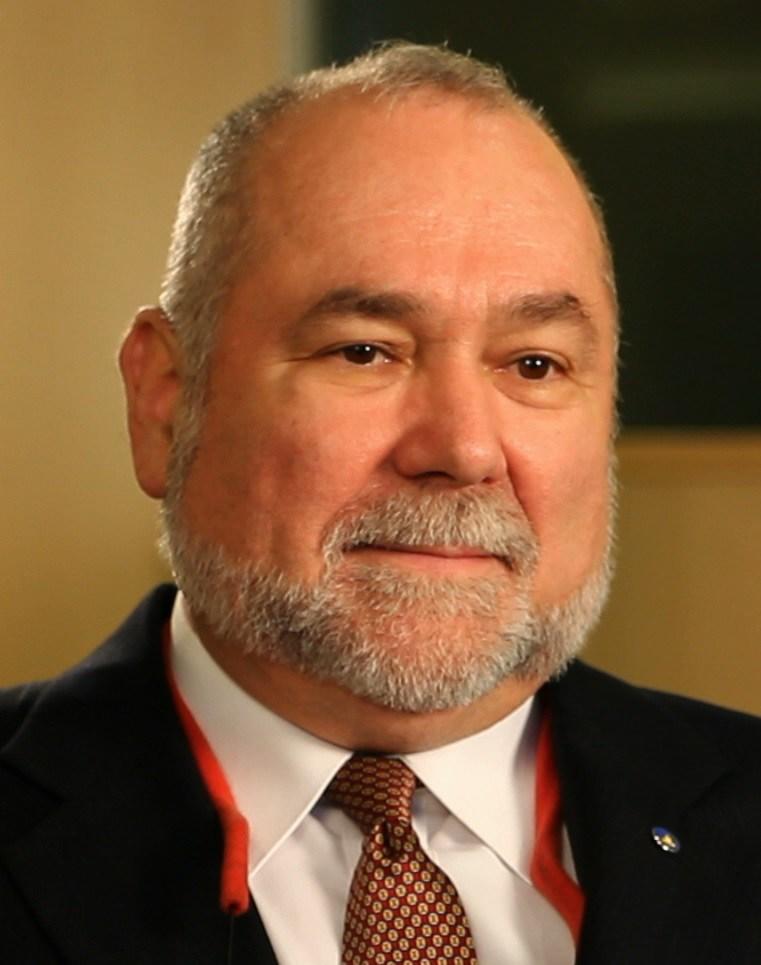 A prolific writer, Steele has authored eight books on intelligence reform, two on election reform, handbooks on open-source intelligence for NATO, the DIA and U.S. Special Operations Forces, and hundreds of articles and chapters as well as briefings and testimony. He has stated categorically that the preconditions for revolution exist in the U.S., U.K. and other western countries.

Robert David Steele has won numerous awards, including being named to the 1994 and 1996 Top 100 Industry Leaders & Unsung Heroes from Microtimes Magazine for advancing open-source information sharing and sense-making across all boundaries.

Moreover, Robert was recommended for the Nobel Peace Prize in 2017 for his integrated concept of holistic analytics, true cost economics, and Open Source Everything Engineering (OSEE) that could achieve all seventeen of the Sustainable Development Goals (SDG) within 20 years at 20% the cost of the prevailing predatory Western economic and financial model that is 50% waste and 90% profit for the banks.

With 18 years of experience working across the U.S. intelligence community, followed by an additional 20 years in commercial intelligence and training, Steele has provided facts and insights that you simply won’t hear from any other source. For instance, his book The Open-Source Everything Manifesto: Transparency, Truth, and Trust warns the world about the coming revolutions in Europe, which we’re witnessing today as the Yellow vest protests spiral out of control in France, Spain, Italy, Germany, and the U.K. while also providing a road map for creating a prosperous world at peace. 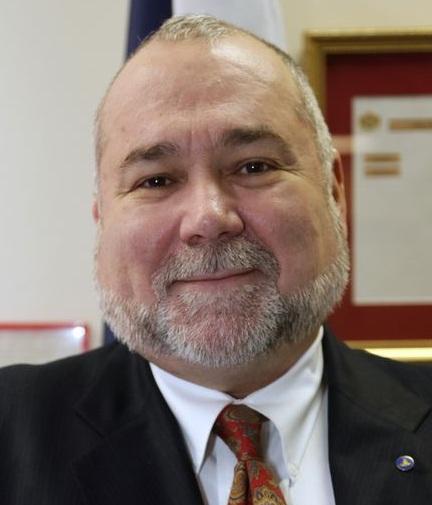 Steele’s description of what was to come is uncanny when we read it now: “The preconditions of revolution exist in the U.K., and most western countries. The number of active pre-conditions is quite stunning, from elite isolation to concentrated wealth to inadequate socialization and education.”

Robert David Steele also described the blockchain revolution before it actually took place, calling it an open-source ecology in which there would be “open networks, open money, open small business technology, open patents – to name just a few.” These are all coming to fruition today in the form of open-source, collaborative, decentralized networks – i.e., the blockchain.

Before counterterrorism measures were implemented following the fateful September 11 attacks, Steele was warning that the U.S. government needed to step up and prepare for a major attack. It turns out that Steele was right—had more people heeded his warning, disaster might have been averted. Steele points out that he was ignored because his ideas would have broken the back of the Deep State and the Shadow Governments that enable the Deep State, by ending the ability of the 1% to loot with impunity, restoring control of our culture, economy, government, and society to the 99%. 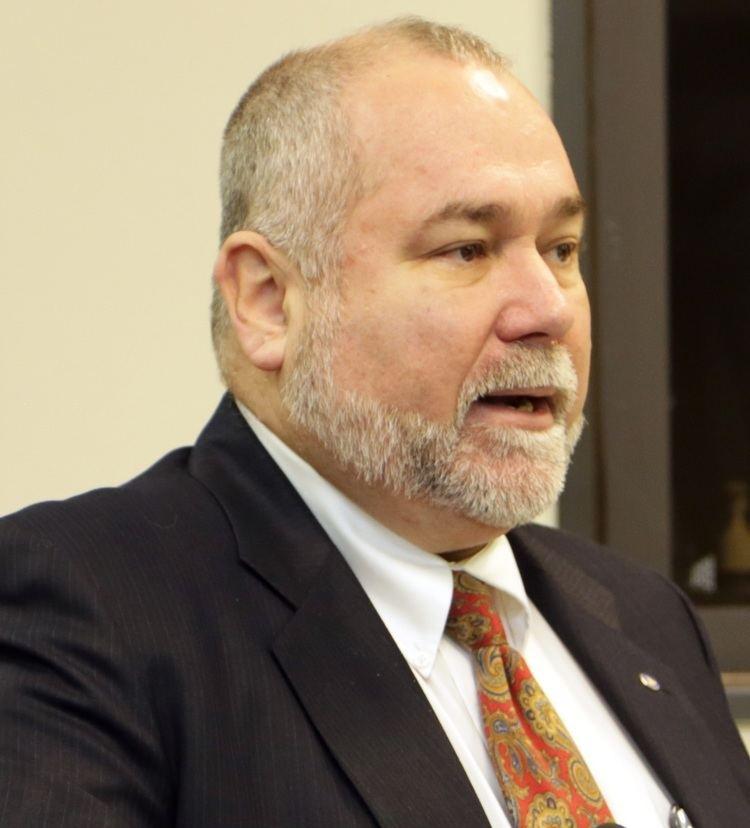 Moreover, Mr. Steele anticipated the proliferation of IoT, or, the “Internet of things,” in which billions of devices around the world are linked through an interconnected network. The ubiquity of these data-spouting devices is now commonplace, but Steele alluded to this phenomenon years before its actual occurrence. Today he is a strong opponent of 5G, which has been weaponized and will be used to ration energy at the individual (by name) level of fascist control.

Through his non-profit educational think tank, Earth Intelligence Network, Steele strives to empower the public with even more of his forward-thinking concepts, including the Open Source Intelligence (OSINT) movement, and more recently, the Open Source Everything Engineering (OSEE) movement. Once again, Mr. Steele is ahead of the curve and we’re anticipating exciting developments from these initiatives.

To this day, Robert David Steele continues to provide insights and warnings about America’s precarious future amidst uncertain and tumultuous times. You are highly encouraged to avail yourself of Mr. Steele’s important work at Earth Intelligence Network, Phi Beta Iota Public Intelligence Blog, and RobertDavidSteele.com where his latest articles and audio-visual interviews are listed.

Below are two recent videos and two recent posts relevant to wealth futures:

VIDEO (PGW): ROBERT DAVID STEELE: What Trump’s About To Do Is SHOCKING! (Powerful Interview)

BREAKING: Benjamin Fulford — Is Trump Being Blackmailed by Kushner? Zionists Panic, Press for War with Iran — Alternative to Trump Being Considered for 2020? UPDATE 1: Worst Case

He takes no salary from Earth Intelligence Network, and welcomes donations to http://paypal.me/EarthIntel. Donations are tax-deductible for U.S. taxpayers; donors receive an email and a private consultation (answer any question) as well as a Founding Citizen certificate.

We would also like to direct you to Crush the Street’s complete line of financial reports to help guide you through these challenging times. Our most popular downloads include our top three steps you can take to protect yourself from the death of the U.S. dollar, our guide to wealth-building strategies in the gold and silver markets, as well as our guide to strategic positioning in Security Tokens for once-in-a-lifetime profits.