With so many lies being told by the U.S. Federal Reserve to the public, it would be impossible to choose one as the worst. The notion that we’re at “full employment” would be near the top of the list, no doubt. But the idea that we need to let inflation “run hot” and “play catch-up” is absolutely beyond the pale.

Make no mistake: the Fed has a controlling influence over inflation in the United States. Not only do they dictate the pace at which new fiat money is issued, but they also set the federal funds rate. That rate, by definition, determines the interest at which banks loan money to each other overnight from their reserve balances.

That’s the technical definition of the federal funds rate, but informed citizens know that it’s more than that. The Fed uses that rate to manipulate inflation up, down, or sideways. Plus, the federal funds rate determines practically every interest rate you can think of: loans, credit cards, mortgages, savings accounts, you name it.

The Federal Reserve loves it when inflation rises. That’s bad news for working-class citizens because it means higher prices for just about everything – usually without wages going up to offset this. As you might have figured out, the Fed couldn’t care less about that. They’re more interested in having an excuse to keep interest rates low, and inflation gives them that excuse.

Actually, to say it’s “bad news” for consumers is to downplay the devastating impact of rising inflation on the American people. The goods and services that hardworking middle-class Americans need the most are now the least affordable because of inflation: 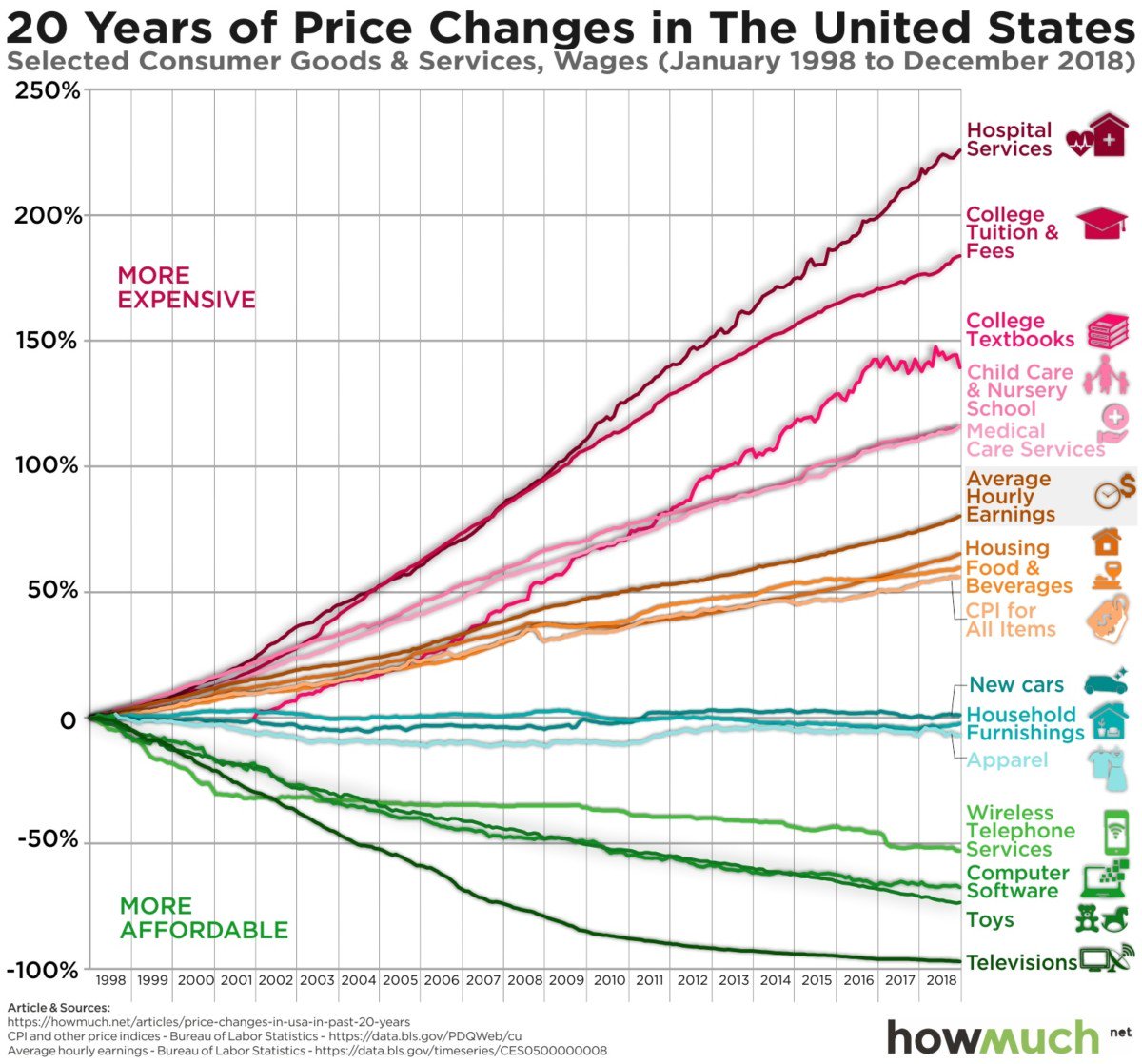 Inflation has caused the price of life-saving hospital services to skyrocket; moreover, the opportunity for a higher-paying job has been greatly diminished because college tuition and textbooks have become unaffordable. The only goods that are more affordable on a relative basis nowadays are luxury items.

Clearly, the Federal Reserve has no interest in making life-saving medical care or a college education affordable. They have their own agenda and their own narrative, and higher inflation meets their needs in 2020. As reported by The Financial Times earlier in December, the Fed “is considering a promise that when it misses its inflation target, it will then temporarily raise that target, to make up for lost inflation.”

The idea, evidently, “would be to avoid entrenching low U.S. price growth which has consistently undershot its goal.” Unsurprisingly, former Fed Chair Janet Yellen thinks that this idea is “a worthwhile thing.” Yes, it’s worthwhile – for the central bank, but not for the well-being of the people.

Stock-market investors yawned at the news of this shift in Fed policy from trying (unsuccessfully) to keep inflation at 2% to letting inflation run higher. But then, it’s not the market’s concern that your health-care, housing, food, and tuition costs will outpace your wages. 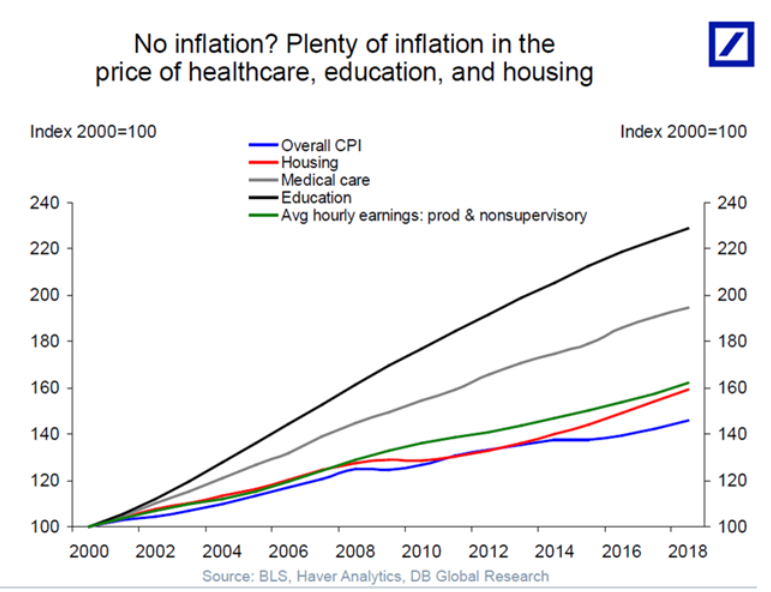 While the stock market and the Fed’s agenda are pushed forward, taxpaying citizens are left behind. The inflation lie is insidious and nefarious but underreported everywhere except Crush the Street and a few other off-the-matrix sources that don’t cater to the mainstream dogma.

When Ron Paul enjoins us to end the Fed, he’s asking America to do something that would be uncomfortable in the short term: take back control from an entity that determines who gets to have medical care, a college education, and affordable housing. We’ve been letting the government control our quality of life for a long time, but it doesn’t have to be that way.

The Federal Reserve isn’t even pretending that it wants to tame inflation anymore. They’re overtly manipulating a key economic gauge for their benefit, and they’re getting away with it for now because most people don’t pay attention to Fed policy.

But you and I can change that. Self-education is the first step, and the second step is to spread the knowledge. And whatever you do, don’t count on policymakers to solve the inflation problem. After all, they’re the ones who created it in the first place.