Is Litecoin More Silver than Silver?

I know many long-term subscribers of CrushTheStreet will know exactly what I mean when I say the price of silver for the past 8 years has been the most disappointing investment of the 2000’s.

I still have this chart saved November 23rd, 2014 to demonstrate the beginning of the fall after the 2011 silver hype, and subsequent decline of hopes and dreams in the following years as the price returned to pre-2010 levels where it sits today. Only on a 10 year+ chart is the price up for many people. 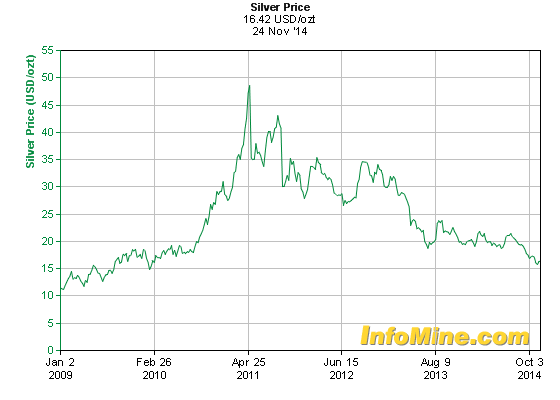 Why was Silver an important investment?

The history goes back centuries and millennia even. For the US and many countries, silver was a currency for a long time. If you want to learn quickly, watch a powerful documentary Future Money Trends produced on the history and facts that should have setup silver for huge gains. This documentary received nearly a million views.

Another one from fall 2016 also showed the plethora of reasons silver looked to be a great investment for the decade.

Let it be known, millions were disappointed by the results of silver as an investment since mid-2011. But the fundamentals are still in place; price down, mining costs high and uses for it ever-increasing. Videos are still produced concerning a potential shortage and patience may very well payoff BIG for silver which has incredibly better fundamentals than gold.

Silver, historically and still philosophically is the people’s money. Central banks own gold; it is expensive, more rare and stockpiled not traded. Silver is affordable for the average person and was used in many US coins up to 1964 and all our coins except the penny are still silver in color! The pre-1965 coins have held value greater than the denomination they are which has lost tremendous value due to inflation. A 1964 dime for example is worth over $1, or ten times its face value in silver! 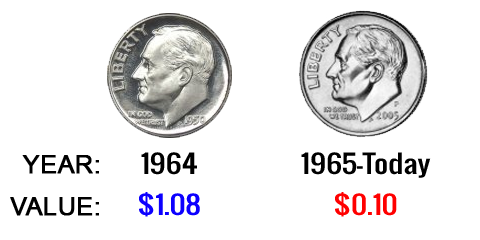 [SEE BELOW AD FOR Gold & Silver VS Bitcoin & Litecoin]

As is often mentioned, Litecoin is considered the Silver to Bitcoin’s Gold. Hell, the creator of litecoin Charlie Lee proclaims this! Even the fundamentals are similar:

– There’s more silver available than gold (about 10:1 ratio in the ground) and there’s 4x more litecoin supply than bitcoin supply

What Makes Litecoin the Better Silver

Seeing the prices above, notice any discrepency? Silver is 1/85th the price of Gold whereas Litecoin is 1/72nd the price of Bitcoin. Litecoin has a litecoin to bitcoin ratio just as silver has a silver to gold ratio. Let’s compare the charts over the last 5 years. I’ll pick a nice date: February 2018.

This means the Bitcoin to Litecoin ratio was 45 and Gold to Silver ratio was 83. Litecoin was higher valued and rose more with respect to bitcoin. Litecoin gave people who invested in it as the smaller alternative (more risk and more reward) to bitcoin more bang for their buck than people who invested in silver as a smaller alternative to gold. Litecoin is displaying more characteristics of being a people’s currency than silver. Cryptocurrency is transferable person to person. Silver we may argue, (besides in Utah where you can pay taxes with it), is not used day to day as currency whatsoever.

To say it simply: Litecoin performs. It does it’s job as an investment vehicle. When the full market rallies it jumps up to a higher ratio than bitcoin. Silver used to do this. Yes, of course we can make the manipulation argument (both with gold and silver) because they were direct competitors to people worldwide as a store of value vs the US Dollar and the powers that be likely kept the prices suppressed to represent US Dollar strength, leading us to where we are today instead of an economic collapse dystopia many of us legitimately worried about. [That economic collapse link goes to a channel that has talked about it daily for years by the way and still getting 50 to 150,000 views per video (X22 Report) – Hey, fear sells].

So what to do?