Lights Out: Don’t Even Think About Buying the Dip on General Electric

When I was a kid, General Electric was one of those companies, and one of those stocks, that was regarded as a model of safe blue-chip investments: profitable, steady growth, decent dividend payments – an American institution. No one ever imagined that within our lifetimes, we would see GE devolve into the money pit that it has become.

Headquartered in Boston, General Electric stands as one of America’s oldest publicly traded companies: having incorporated in 1892, it’s nearly as old as the stock market itself. It even has ties to Thomas Edison, as the company was originally founded as the Edison Electric Light Company back in 1878.

That’s why GE’s precipitous decline is especially painful: it’s an American icon, the type of investment that our grandfathers would tout as something to be bought and held forever. This is because the company is so diversified, with holdings in consumer products (we’ve all seen their light bulbs and household appliances), power and renewable energy, oil and gas, transportation and aviation, health care, and other industries. 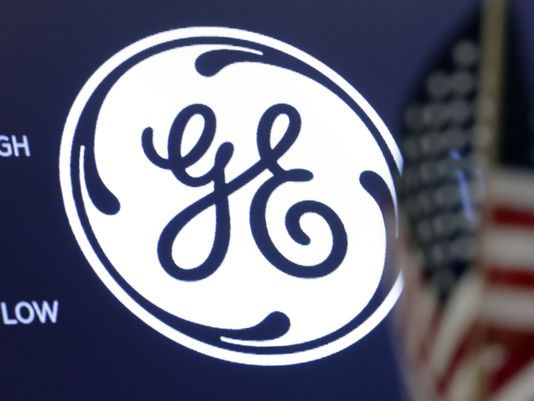 For generation after generation, it was entirely possible to get a job at General Electric and count on a steady 40-year retirement followed by a secure pension. And if you had accumulated shares of GE stock along the way, you would have done just fine: during Jack Welch’s tenure as chairman and CEO from 1981 to 2001, the company’s value rose 4,000%.

Replacing the retiring Welch was Jeff Immelt, who held the position of chairman and CEO until his departure in October of 2017. During Immelt’s 16-year tenure, GE lost its status as a corporate aristocrat; one of the original Dow components, General Electric became an emblem of how quickly the mighty can fall.

Immelt’s flaws as a corporate leader were myriad, but perhaps the main issue was his penchant for chasing fads and overpaying to acquire hot businesses of the moment. One example would be when General Electric paid $500 million for WMC, a subprime mortgage company, in 2004 – when U.S. home prices were at sky-high valuations.

Loath to learn from this blunder, General Electric bought at least nine businesses in the oil and gas industry from 2010 through 2014; you may recall that oil was trading at elevated levels at around $100 a barrel during that time.

Immelt has touted his “accomplishments” during his tenure at GE, but from the loss of its stellar credit rating to the descent of its earnings per share into negative territory, Immelt’s deny-and-ignore policy can’t refute the numbers:

The damage Immelt did is an object lesson in how one bad leader can ruin even the biggest and best of companies. New CEO Larry Culp has been given the tall order of steering a sinking ship while providing some sense of encouragement to understandably irate investors. His only hope at this point is a culture of low expectations, as the stock price may have nowhere to go except up: 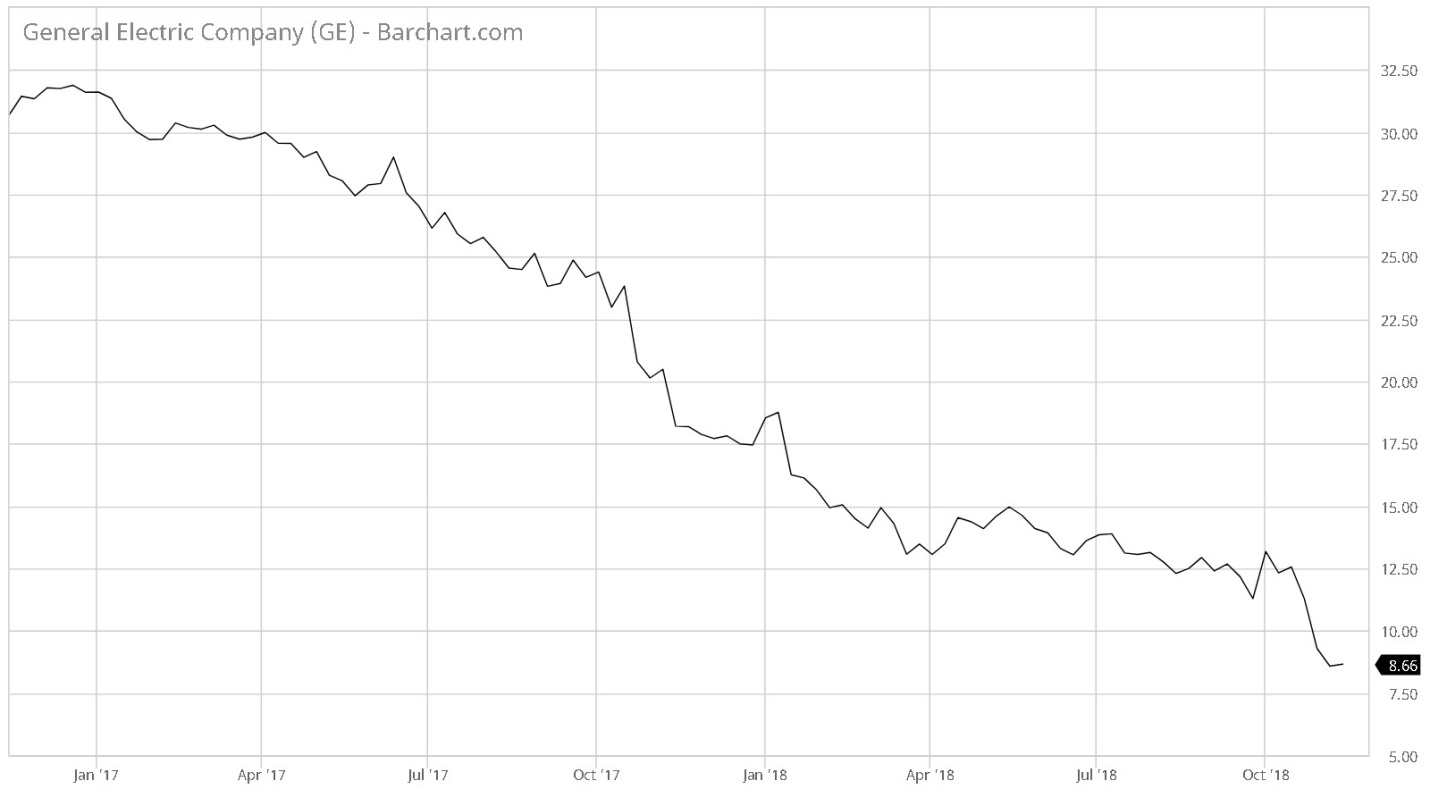 But hope isn’t an investing strategy, and hope alone won’t save GE shares from further declines. It’s fine to be a dip buyer, but only if there’s a reason to buy the dip: the company’s fundamentals need to justify buying shares at the current price.

Until investors get a clear picture of the new CEO’s vision for GE’s turnaround, I don’t see the share price having any sort of sustained recovery. As for the company itself, I would only offer the famous quote often attributed to Albert Einstein: “The definition of insanity is doing the same thing over and over again and expecting a different result.”