MAJOR Shake-Up on the GLOBAL Stage

Reflecting on my life as an entrepreneur and investor for more than half my life now, I can tell you my perspective has changed.

From the time I purchased my first share of Microsoft, getting up an extra 20 minutes before 9th grade “zero period” to lock in my trade, later going on to be a full-time investor in stocks, real estate, and involved with the start-up of multiple businesses, I’ve learned many things – most of which were in times of extreme losses. Nothing is more humbling than watching an investment plummet 90% in the first six months of owning the company – and yes, this has happened to me.

In my early days, I assumed that if you had an interest in money and were smart, you could make it happen. My eyes were quickly opened up to how complex and multifaceted the investing world is and that it takes commitment and flexibility to make it. For me, the traditional 9-5 grind was not an option, and I was determined to make it.

As far as learning goes in the money world, there was not one thing more important than dealing with and serving people. After all, when you strip away everything else, jumping in front of a trend is simply anticipating people’s actions. Having people intuition is huge!

At CrushTheStreet.com, I don’t particularly get too involved with politics when it comes to inconsequential issues, but when it comes to societal shifts and politics as it relates to money, we get very interested because money trends are people trends.

THE STAKES ARE HIGH: Looking at the Implications of the G20 Summit 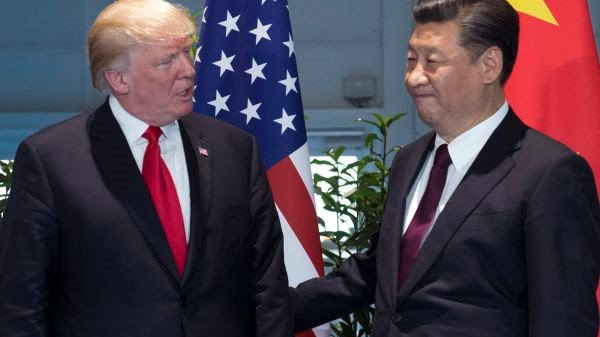 A whole lot is riding on the G20 Summit meeting as Donald Trump, Xi Jinping, and other world leaders convene to discuss matters of global import in Buenos Aires. While a number of power players may attempt to negotiate deals during G20, all eyes are on Trump and Xi as the world waits and wonders in anticipation of a possible trade deal.

Not that everybody – or anybody, for that matter – is super optimistic. I, for one, am not. As Argentine President Mauricio Macri kicked off the series of meetings with his opening remarks, he couldn’t help acknowledging people’s low expectations: “Many people look at us and have doubts regarding these summits and what they’re good for,” said Macri in a surprising display of frankness.

While the G20 meeting is supposed to be about issues like climate change, sustainable development, and food security, let’s not kid ourselves: this time it’s all about the trade war. If Trump and Xi somehow manage to strike a conciliatory tone, we can expect reverberations in multiple sectors of the economy and markets.

Take oil as an example: nervous futures investors have held WTI crude at around $51 during the run-up to G20, but a friendly tone during the summit could precipitate an uptick in risk appetite, thereby pulling cycle-sensitive oil prices higher alongside stocks. Any sense of acrimony during the meetings, however, would likely have the opposite effect.

Although a collapsing oil price is rough on the fabric of the underlying economy, we can’t ignore the immediate stimulus it has for the middle class who drive cars to get to work.

Precious metals, like oil and stocks, have been churning in a range leading up the G20: gold’s numerical magnet has been $1,200, and silver’s has been $14.00. Could G20 be the key that unlocks these metals from their respective ranges? As Trump and Xi Jinping discuss trade on the summit’s sidelines on Saturday, futures traders will be watching and moves will likely come fast and furious.

The U.S. dollar, meanwhile, also remained in a holding pattern as the G20 opening speeches commenced. Some analysts are prognosticating that any progress made during the trade talks will be dollar-bearish and metals-bullish.

As Sugandha Sachdeva, Vice President of Metals, Energy, and Currency Research at Religare Broking, put it: “Any positive development will be negative for the dollar index, which has benefited as a safe haven this year whenever tensions were seen escalating. On the contrary, if the trade spat intensifies, the stage will be set for further decline in gold prices.”

Trump is playing economic chess and sent mixed signals on Thursday regarding the likelihood of a trade deal, saying an agreement was close but he was not sure he wanted one. So, while we must all plan and prepare for any eventuality, analysts’ opinions on the outcome of the meeting are exactly that: opinions.

With blue-chips holding steady post-Fed meeting amid a “neutral” tone from Chairman Jerome Powell, the direction of the major U.S. stock market indices for the remainder of 2018 is largely expected to depend on the outcome of Trump and Xi’s sideline meeting at G20.

This will certainly have implications on the economy and will trickle down to where you and I are on a very personal level, so we will certainly be clued in.

GOVERNMENT SHUTDOWN LIKELY – Can the Markets Overcome This “Wall of Worry”?