Right now, Vegas is gearing up for the 2019 Consumer Electronic Show. This is the cutting edge of breakthrough technologies, where we get a glimpse of what the world will be like in 5-10 years. And with how fast things are changing, it’s a tall order.

At this specific event in times past, robots communicated with the attendees. Now, because of A.I., robots are, to a certain degree, eerily talking to people and EACH OTHER. It goes to show how far we’ve come from the infamous story of the man who wanted to shut down the patent office over 100 years ago because he thought there were no more ideas to bring to the table.

This is the future, and while I’m very excited about the innovation that is before us, the disruption to society that technology and innovation are bringing will be extremely consequential.

Things of the Past Fade Away While New Industries Surface

This is no ordinary store closing. When I was a kid, Sears (along with its subsumed department store chain, K-Mart) was the go-to store for appliances, luggage, home and auto accessories, school and office supplies, and even clothing for folks on a budget. Practically every mall in America had a Sears. Now, the iconic department store is breathing its last breaths under the threat of liquidation.

In the latest blow to the 125-year-old retailer – and, not incidentally, the latest emblem of the “retail-pocalypse” of the post-Amazon era – hedge fund ESL Investments’ Eddie Lampert failed to convince key bankers in his $4.4 billion bid to buy several hundred Sears stores.

Analysts considered Lampert’s bid a Hail Mary pass, and the rescue bid’s failure not only puts 68,000 jobs at risk, but could also mark the biggest casualty to date in an Amazonian retail landscape. Vultures in the form of analysts and commentators are indeed circling as Sears – much like Radio Shack, Kodak, Borders bookstore, and Toys R Us not too long ago – faces the prospect of an imminent demise.

As the old saying goes, the bigger they are, the harder they fall: when Sears Holdings Corp. officially filed for Chapter 11 protection in October, it marked the second-largest retail bankruptcy is history. The retailer was $11.34 billion in debt at the time and actually received a warning that it risked being relegated to the “dustbin of history.” 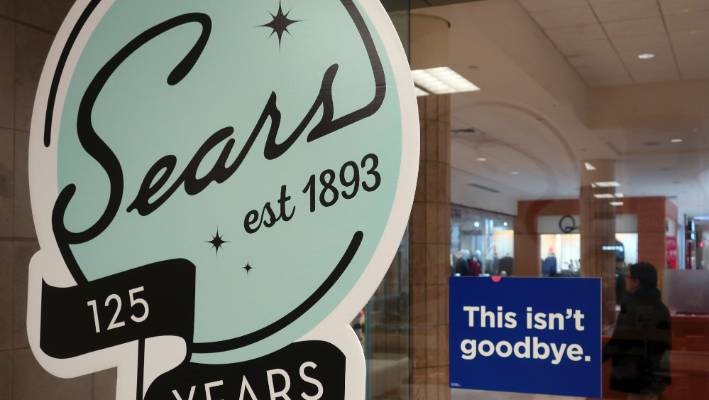 It’s a painful swan song for an American icon, but not entirely unexpected among astute observers of the retail space, as the road to ruin is paved with not just good intentions, but also bad decisions. Sears’ store count falling more than 50% over the past five years is no accident, though it can serve as a valuable cautionary tale to other struggling retailers.

It’s not that Sears didn’t try. Believe me, they tried to save the sinking ship on multiple occasions, but their last-ditch efforts were too little, too late, and mostly consisted of retrenchment efforts: closing unprofitable stores, selling and spinning off assets like Craftsman and Lands’ End, ceasing sales of Whirlpool appliances, and so on.

None of these could save the fundamentally flawed underlying business, or even improve it. Sadly, a decade of declining comparable sales broke the back of what was the country’s largest retailer just a generation ago. Sears’ story is a tale of utter hubris: a perverse refusal to change with the times and adapt to consumer preferences.

Even if we ignore Amazon for a moment, the 800-pound gorilla in the room, we can still say without qualification that Sears missed the boat on e-commerce until it was too late to make any real headway. Moreover, Sears allowed Home Depot and Lowe’s to commandeer its appliance business and stood by while Walmart and Target redefined the brick-and-mortar department store experience.

Companies like Sears are dinosaurs compared to how the world operates in the 21st century. Today’s consumers want speed, convenience, and automation. They want something pretty close to the online shopping experience even when they’re in a physical building.

Much of the transition in the modern shopping experience has been driven by artificial intelligence. Tech consultancy Gartner has estimated that by 2020, 85% of customer interactions will be managed without a human present. Anyone who has seen folks ordering their McDonald’s meal at a self-ordering kiosk has seen a glimpse of what the future will look like.

Artificial intelligence has been, and will increasingly be, instrumental in providing an intelligent, convenient, and efficient customer experience in the 21st century. Sears’ loss is America’s loss, no doubt, but it’s also our gain as great businesses adapt to new technologies and revolutionary ways to deliver the best customer experience possible.