Your Attention to the Future Needs to be Laser-Focused

We all know the numbers that come from the government are hardly believable, but it’s hard to argue with a 3.9% unemployment rate and stocks near all-time highs.

One of the common things that I repeat here at Crush The Street is that fundamentals ultimately matter, and these are cold, hard numbers.

U.S. births dipped to 30-year lows, and they are now below replacement levels. There were 3,853,472 births in the U.S. in 2017, “down 2 percent from 2016 and the lowest number in 30 years,” the CDC said. Keep in mind that this is huge when considering the world had 5 billion people 30 years ago and there are 7 billion today, approaching 8 billion. 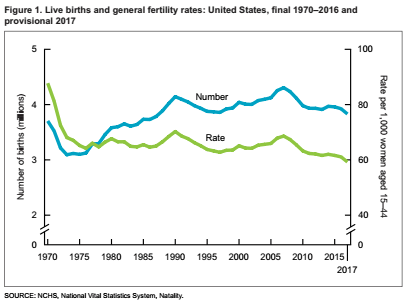 One clear, blatant fact is that it’s getting harder and harder for young adults to get rooted with their financial situation.

What this tells me is that it’s taking longer for Americans to get comfortable enough to take on the responsibility of the cost of a family.
You want to see a sign that Americans are losing their purchasing power to inflation?

Consider that in 1960, only 25% of families were living on dual incomes in the U.S. Today, over 60% of families live off of dual incomes. Aside from social changes and women’s movements and such, what it further goes to show is the decline of purchasing power that was once afforded.

To be fair, in regards to the cost of living as of lately, we’ve had a little breather, with oil being lower since early 2015 up until now. But it looks like this is changing. 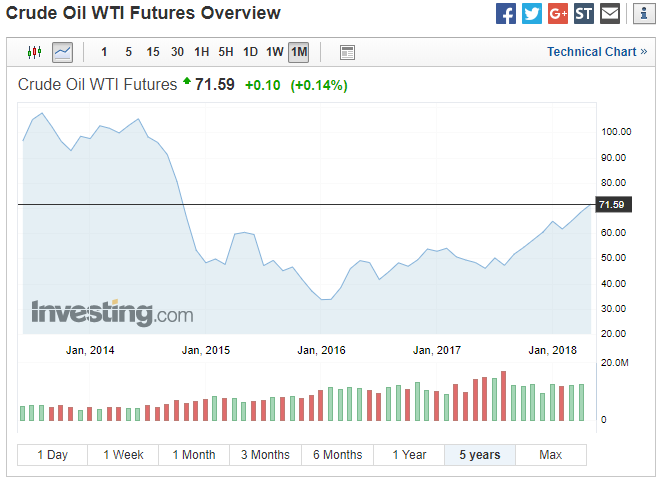 I see oil prices heading to $80-100, putting more strain on the average consumer and small business that have become dependent on the full gamut of the new normal.

Keep in mind that transportation is the second line item on the average person’s budget, and a small increase in this cost has massive implications on the overall monthly budget.

Build your financial moat and diversify.

We have no choice. Things are changing faster than the speed of Moore’s Law. Computers are getting smarter, AI is competing for our jobs, and inflation is taking a more significant toll on the average family. I only expect the purchasing power of time in the same fields today to yield smaller and smaller results down the line.

I want to leave you with some investing insights and things to focus on daily to assist your financial future:

One thing that separates us from others here at Crush The Street is that we don’t separate our “work life” from our personal life. We believe it’s all interconnected. From the interactions we have, our personal lives at home, the way we raise our kids, and the legacy we leave, it’s all one.

There is nothing more fulfilling than achieving your dreams and doing it with the people you love.

I can’t say I’m optimistic about the macro future of the economy from every aspect, but this is only fuel for me to focus my attention like a laser to survive and thrive.