Collapsing Valuations: Injection in the System is the Only Remedy

Financial imbalances will inevitably find their equilibrium. Just like a drug addict on the most profound high of his life, the inevitable rebalance of the financial markets is equally as predictable. In almost every metric, the Dow Jones is getting expensive. Take a look at the Dow compared to real money: 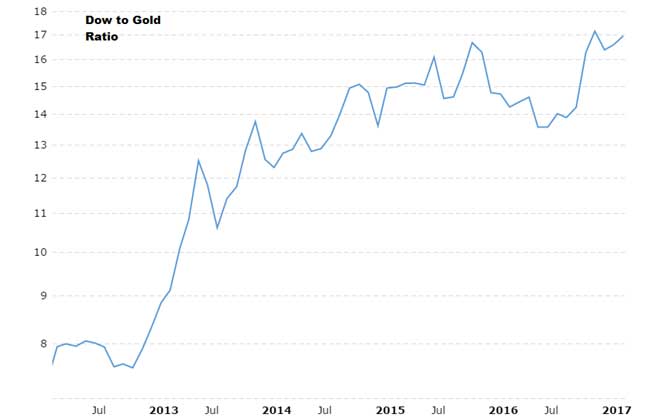 One of the things I get emailed about constantly is the S&P P/E Ratio chart… And at first glance, trading at around a 26 earnings ratio may not seem too bad, considering we have seen higher valuations in the past. The problem is that people are missing one crucial point, which is that every time we’ve seen these levels, they’ve been followed by a massive reversal – most notably in 2000 and 2008.

What is even more telling is that it wasn’t until stocks were crashing and corporations went into “collapse mode” that these valuations truly spiked. 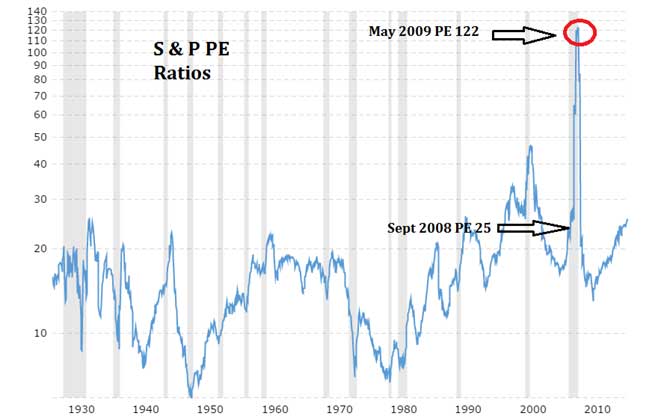 Notice that in September 2008, right before the massive October crash, stocks were trading at a P/E ratio of 25. It was after the crash that P/E ratios began to adjust and rebalanced with P/E ratios spiking to over 100 and peaking at 122. There was no reaction to P/E ratios at 122, or even P/E ratios at 50, because stocks were in collapse mode at that moment.

The big takeaway here is that we are at crash valuations, and the only time we might see even greater valuations is after the stock market has corrected 30-50%. Conventionally, rising rates are strong for the dollar. It means the economy is “improving,” and it’s the Fed’s job to curb the enthusiasm. Except this time around, inflation is higher than the real returns, even from the paltry rate hikes. 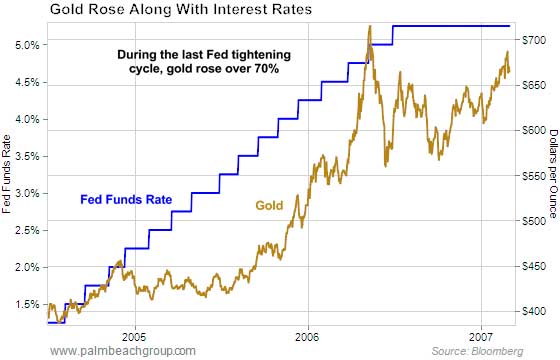 This isn’t just going to be a flood into precious metals. We have a combination of money printing that is boosting industrial growth and the industrial commodities are popping, and rightfully so, considering the supply shortages associated with them. Zinc, copper, lead, and cobalt are all thriving and are in the early stages of an epic bull market. Coupled with industrial demand and social pressures, critical minerals, such as lithium and cobalt, are going to be one of the biggest winners in the clean energy environment for 2017.

Supply shortages are already expected, and it is just getting worse.

Cobalt, specifically, is coming under great pressure, considering 60% of its production occurs as a result of blood mining. This is a region making billions by leveraging the use of child labor and sexual violence for the production of crucial minerals that enable our electronics.

U.S. President Donald Trump has drafted an executive order targeting a rule that requires U.S. companies to disclose whether or not their products contain “conflict minerals” from a war-torn part of Africa and to report on their supply chains.

Cobalt has gone straight to the top of the list of commodities I am watching, and I am now currently in the middle of doing key research on prospects that will profit from this converging trend that is so heavily needed by companies like Tesla, Ford, Microsoft, Apple, and more.

I am currently reviewing management teams, projects, and jurisdictions for the company I believe could be the biggest solution for this clean energy trend that is being juiced by a tsunami of money printing.

Expect a major announcement within the next 10 days.