Giving Up and Letting Go

I was talking to an older individual just the other day, and he was telling me about his younger years, during his time growing up in the 60s and then graduating high school in the early 70s. He was telling me how back in his day, there were a lot of people who smoked and did drugs – at least a lot more than today. He said back then, a lot more people had a carefree attitude. For him, he smoked pot and experimented with drugs, and it was a matter of throwing in the towel. His reason was because most men who were graduating high school at the time were all getting drafted into the military and sent overseas to fight in a nasty war that most Americans didn’t want any part of. For many, just the thought of graduating and entering the military to potentially lose their life was enough to cause people to live free and disregard what one should and should not do.

This concept got me thinking. I did not have a war I graduated into that would potentially require me to enlist in the military to fight, so I don’t exactly know how I would have reacted in those same shoes, but I started to ponder about some other areas in life where this same sort of mentality applies.

After taking some time to reflect, I realized that it is very common in human nature to throw in the towel when you feel your situation is so far gone. At the top of the list is weight gain. I know a few people that are 300 pounds or more, and I can see how difficult it is for them to even try to fathom losing 100 pounds to reach a healthy weight in their life. But because they are so far gone, to themselves at least, they don’t even try to eat healthy. For them, it’s just a losing battle, so why not enjoy the good food life has to offer and not get bogged down with healthy eating.

Another area that people throw the towel in is money loss. Think about the addicted gambler you know in your life who goes in with the mentality that they are going to come out a big winner by the end of the night, but in reality, they end up losing everything they brought with them to gamble. I’ve seen this happen time and time again that when the money gets low, the gambler gets more aggressive because they feel like they have already lost and at this point, it’s time to just throw it all down and hope for the best.

In all of these situations, the individual feels like it’s over for them, and therefore a careless attitude gets adopted in their plan of action to move forward in their life, because they feel there is nothing they can do. As many of you who are proactive with your health and wealth, you know that giving up and having a careless attitude is perilous, and it takes prudence to not allow yourself to fall too far when things get rough and you fall back here and there.

However, when it comes to things that individual people really can’t control, like politics and macro economics, it really is easy to throw in the towel and just let everything crash and burn. That’s the reason many of us are inclined to allow elections pass us by, because the fact is the economic situation is so far gone and government is so big that there really is not much our one vote can do to change the trajectory of the path that the global system is on.

Focus on the Things You Can Control

Be proactive in your life when it comes to your savings and your spending. Make sure you spend less than you make, and invest your money wisely for the sake of your long-term savings. Many people see savings as a stash of cash on the side to purchase a new car, or pay for home upgrades, etc. Savings, in my opinion, is something that will go towards taking you to a place where you have financial freedom.

When you are able to invest and/or start your own business and watch it grow, you will experience what it is like to leverage the fruits of your labor. You will see your income rise without upping the amount of time put in to earn your income on an hourly basis. This is a very real phenomenon, and something that comes through persistence.

There are some that are reading this and feel that this is something they won’t ever experience because of their currently bleak financial situation. They might be looking at their debt and see that they are struggling to even pay their bills, and they don’t even see how it would be possible to save a substantial amount of money for their future. They look at their situation and feel that they are so far gone, and then they perpetuate their situation even further with more debt and more spending.

What I try to remind these people of is that a forward step in the right direction each day goes a long way. This message is as much for someone struggling as it is for someone that just wants to keep advancing.

Giving Up and Letting Go 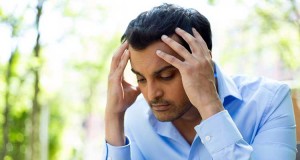 I was talking to an older individual just the other day, and he was telling me about his younger years, during his time growing up in the 60s and then graduating high school in the early 70s. He was telling me how back in his day, there were a lot of people who smoked and did drugs – at least a lot more than today.