Investors are finding themselves in a situation where the Fed is hiking rates into a depressionary context. Contagion in the markets could certainly erupt.

Of course, policy makers have a two-track mind and are looking at the very two things that are numerically the most manipulated, which are unemployment and inflation.

U3 unemployment numbers are justifying a rise in interest rates, considering it is largely falling by their metrics. 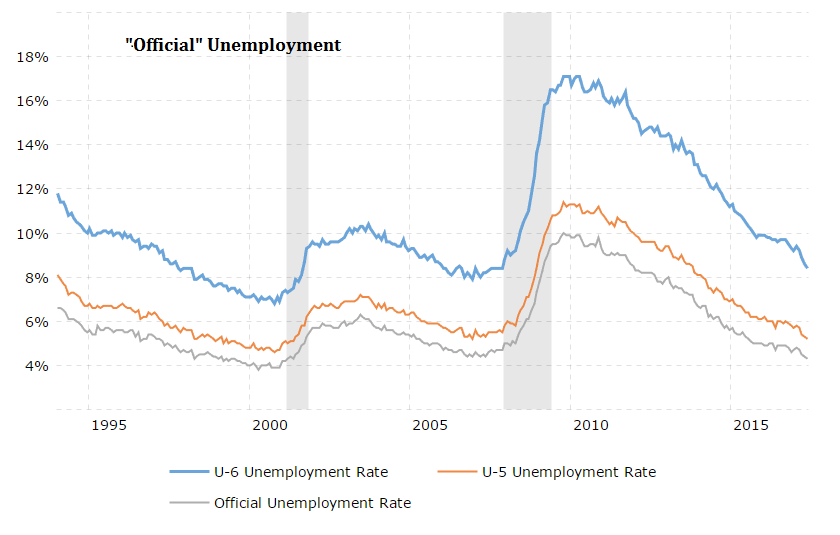 For the employment situation for May, U3 data is coming in at 4.3%. It sounds nice and seems to roll right off the tongue.

The problem with this data is that it isn’t taking into account discouraged workers and those who are underemployed, working as waitresses and waiters instead of in jobs they dreamed of having while pursuing their degree. Not to mention they have tens of thousands of dollars in debt.

The Fed is tightening monetary policy into an absolute mess and has been doing so since December 2015. The way we know this is because despite “rosy” economic numbers, we are seeing the yield curve flatten out, and I personally believe that we could very well see the yield curve invert by the end of this year, signaling main street fear.

Immediately prior to the last seven recessions, we’ve seen an inverted yield curve.

So just so it is clear, an inverted yield curve has been viewed as an indicator of a pending economic recession.

Short-term Treasuries yield lower rates of return and longer-term bonds pay higher rates. It makes sense because the longer you lend your money out, the more money investors should theoretically receive.

This is an inverted yield curve that shows investors’ concern for the future economic outlook and demand of higher interest rates on bonds for short-term bonds vs. long-term.

You can see that we are having one of the flattest yield curves since 2007, right before we had the 2008 financial crisis, what many have called the “Great Recession.” 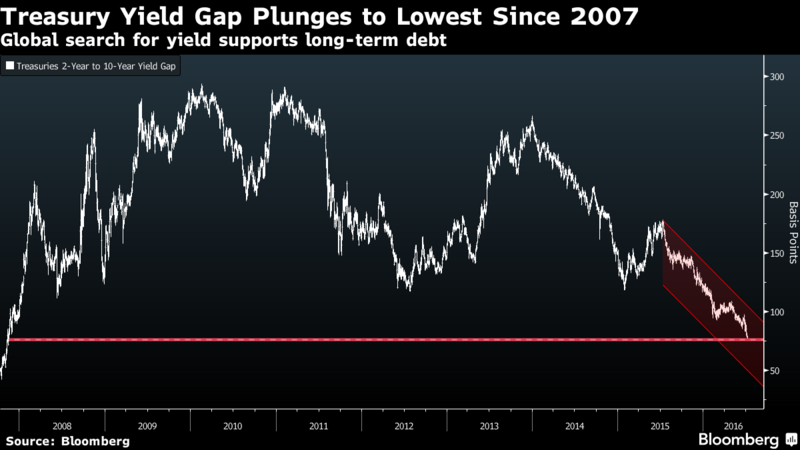 The treasury yield curve inverted before the recessions of 2000, 1991, and 1981. The yield curve also predicted the 2008 financial crisis two years earlier.

In the past, the Fed has ignored these warnings and has endured the consequences.

For instance, in December of 2005, the yield curve first inverted with the 2-year Treasury bill first hitting 4.40% and the yield on the 7-year Treasury note not rising as fast, hitting only 4.39%. For the next two years, the yield curve went back and forth, flattening and inverting until sure enough, we arrived at the biggest recession since the Great Depression.

Policy makers ignored the warnings then, and I fully expect them to ignore the same warnings now.

Some of the greatest opportunities will arise in volatile economic events, and it’s up to you to be prudent and prepared to act.

When the dust settled, there were more millionaires created during the Great Depression than any other time in history because those who were able to spot opportunities and had the capital to invest were able to double down on deals of the century.

We are at an inflection point in our economy and monetary system. They are converging for what could be a spectacular wealth transfer that we will reference for decades.