Here are the facts…

29 states have legalized some form of marijuana. This is a trend with unstoppable force.

I grew up ultra-conservative in an age where marijuana was essentially on par with heroin. In 5th grade I took D.A.R.E., a program that taught students about the harmful effects of drug abuse. In the crosshairs of this class was marijuana and how it was certainly the gateway to more illicit and harmful drugs. It was a time in history where the population widely rejected the use of marijuana and it was prohibited.

This is drastically changing.

I’m not here to advocate the use of marijuana, and it’s probably best that you don’t use it, but regardless, I can tell you that society is accepting it and widespread use is going to be a global trend.

On November 6, 2012, Colorado and Washington became the first states to legalize the sale and possession of cannabis for recreational use.

Seven states and the District of Columbia have adopted the most expansive laws, legalizing marijuana for recreational use. Most recently, California, Massachusetts, Maine, and Nevada all passed measures in November legalizing recreational marijuana. 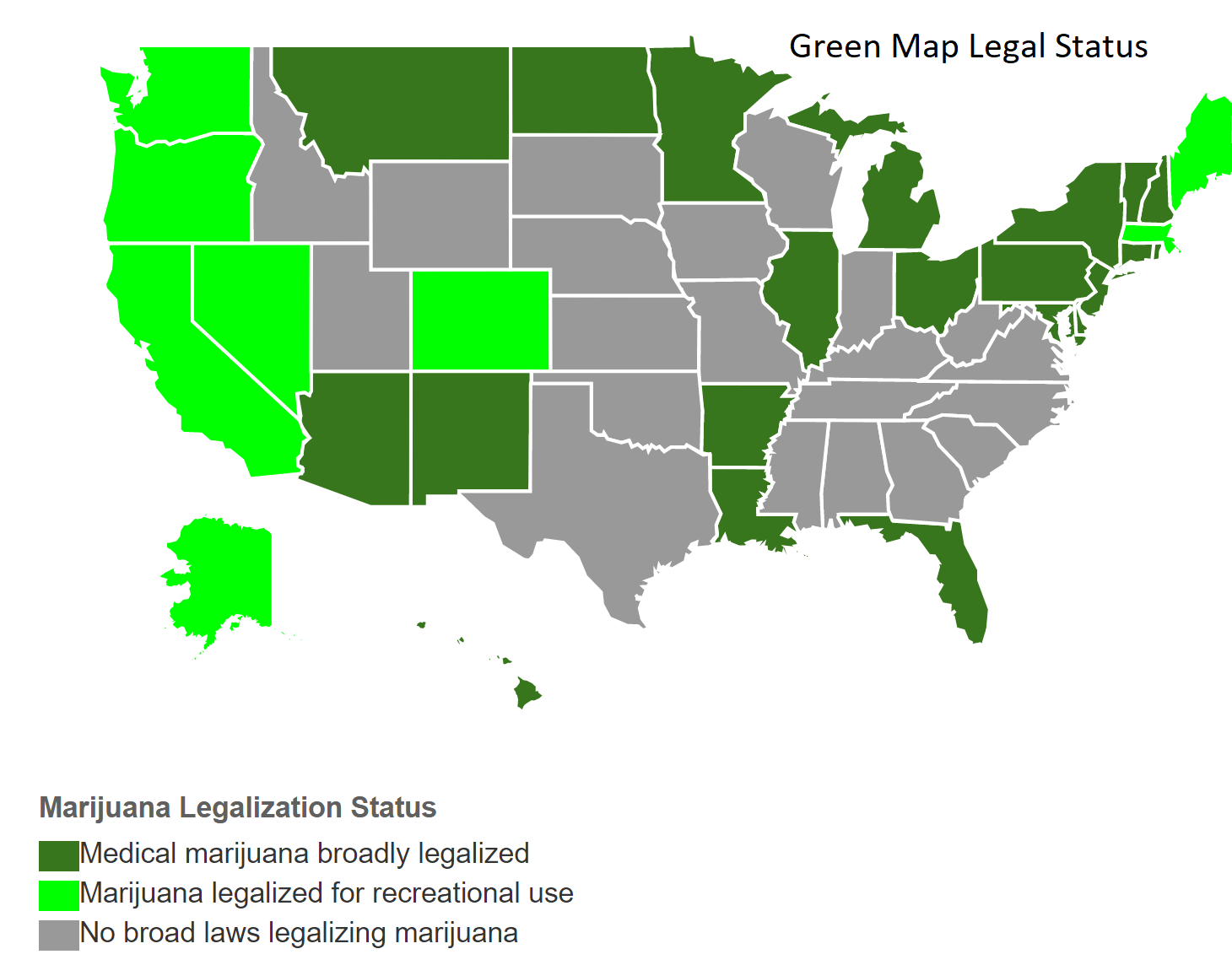 California will set the tone. With California’s implementation of recreational marijuana use, the floodgates will fling open.

California is a state of 39 million people. It’s not just that California is the 5th largest economy in the world, this state has 250 million people a year that come and visit. Florida is number 2 in terms of yearly visitors, and they only get about 113 million – less than half as many as California.

And let’s not forget that mainstream television is Cali-based, and influences of this law will certainly make its way into every country in the entire world.

The true impact that California will have on this trend will be incomprehensible, which is why I now feel like there is no turning back and the future will literally light up. 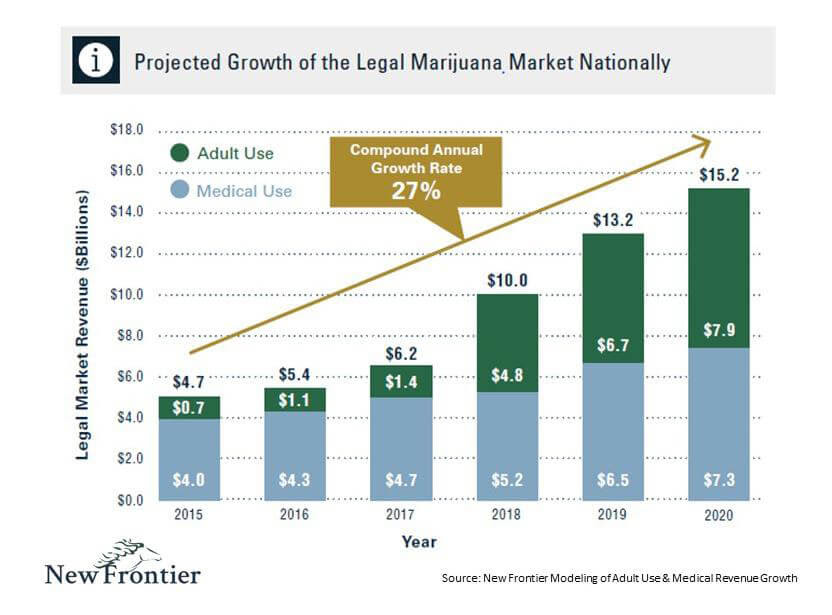 22% of American adults are using marijuana, and the majority of this group are millennials.

In a recent study collecting data from 596,500 adults aged 18 or older who took part in the annual U.S. National Survey on Drug Use and Health from 2002 to 2014, results found the number of Americans using marijuana jumped from 3.9 million to 8.4 million.

According to the Marist Poll, 52% of Americans aged 18 years and older have used marijuana once in their life, and out of that 52%, 44% of them are still actively using. The world is very receptive to using it.

As opposed to alcohol, which is in the maturity phase, we are just now in the growth stage of the marijuana industry. Along growing popularity in the marijuana space, regulators are loosening up in the financial sectors, as this green rush is taking the world by storm.

Just to give you an idea of how small this industry is, the largest cannabis player right now is GW Pharmaceuticals, a company that has a market cap of $3 billion. In fact, it’s the only company in the cannabis space worth over a billion.

Even being the largest player in the cannabis space, GW Pharmaceuticals is 70 times smaller than Anheuser Busch, with a market cap of $220 billion, just to put the industry into perspective.

This will not be the case for long. From recreational uses to the laundry lists of industrial capabilities, marijuana companies are going to rocket higher.

These stats are sure to be even more indicative of the loosening of the trend that favors massive growth in the marijuana business.

North American sales are projected to top $20.2 billion by 2021, assuming a compound annual growth rate of 25%.

To put this in perspective, this industry growth is larger and faster than even the Dotcom era. During that time, GDP grew at a blistering pace of 22%. 25% is an astounding number – especially when you consider that the industry is in its early stages.

This is It… Don’t Miss an Opportunity

From an investment standpoint, the winds are at our back, and I am diligently seeking the right opportunities in the cannabis space. I am in talks right now with the most dynamic players in the industry as they pitch me their business plan’s and everything they intend to do in this space, and what I can tell you is there will be fireworks.

After all, we’ve learned that the THC in marijuana has medicinal uses, while the plant fibers in hemp have countless uses in manufacturing and industrial production.

Just something as simple as paper could be made with marijuana that takes 12-14 weeks to grow, as opposed to a tree that takes 20-50 years.

This is a win-win and a no-brainer for environmentalists.

Millennials are speaking, legislation is in place, and the trend is certainly shifting… We will be prepared.

As a subscriber to Crush The Street, you can be assured that you are getting the most up-to-date and well researched information to prepare yourself financially, and positioned correctly to thrive in the hottest trends.