Despite what the media has said, Trump has managed to execute on a few fronts, truly against all odds. Every effort to disparage and hold Trump back has been presented. From inside his supposed support group and out, a firestorm of attacks have attempted to hold Trump back.

Make no mistake that so far, the markets love Trump…

The stock market value has grown to record levels, adding nearly $7 trillion since Trump was elected, now valued at $30 trillion. 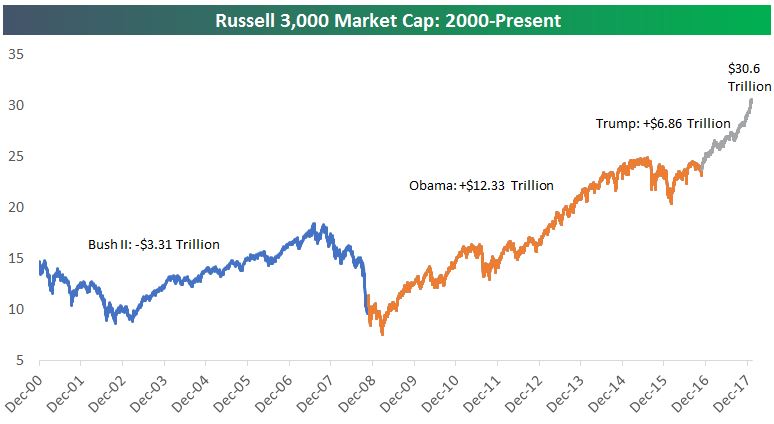 The sentiment for the Trump economy has been full steam ahead. This was something I had predicted even before Trump was elected, which was that the economy would see enthusiasm.

In March of 2016, I predicted Trump would win the election in November. To put my money where my mouth is, I let my readers know that I was taking a position in Stanley Black & Decker, Inc. at $100. This stock is as American is it gets, and my assumption was that if the economy got Trump, enthusiasm in the economy would specifically take this stock higher. We’re talking power tools and manufacturing, which was the exact sector Trump wanted to spur.

While more gains are possible, we are up 70% since the alert, and it’s time to solidify this green. Consider taking profits here. 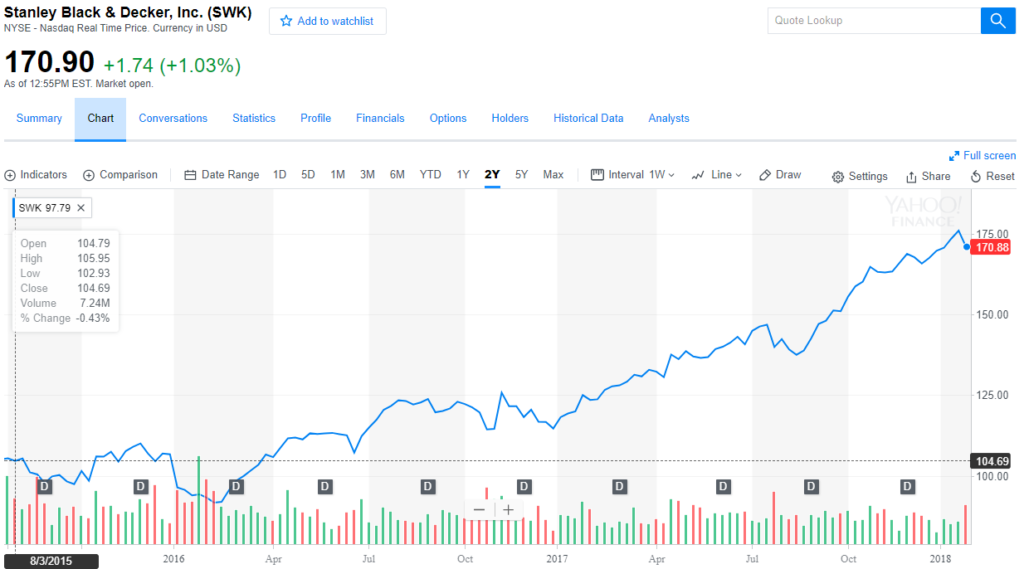 Another area Trump has been executing on is a weak dollar. Although the dollar got stronger immediately following the election, we are now seeing a swift move down that shouldn’t be ignored.

Both the dollar and bond prices are falling in unison, and it’s showing to be very favorable for gold in the present. The dollar index is hitting new low after new low, and it’s at levels now where the floor is literally falling out from under it. Currently at 88, the next true level of support isn’t found until around 80. 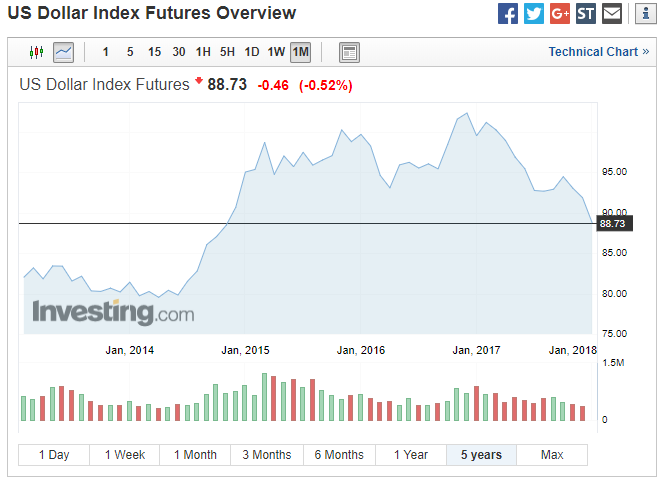 The dollar is getting weaker, and it’s becoming increasingly less appetizing to hold U.S. debt, even though yields are rising. The fact is that yields are not rising quick enough to counter the falling prices.

These are events that could break the camel’s back, mark my words… 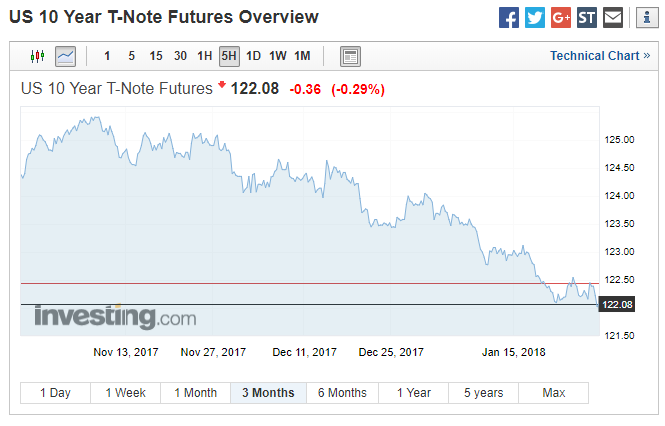 Fissures in the “everything bubble” are starting to make themselves apparent, and honestly, the only sector that isn’t experiencing the love it deserves is precious metals.

Gold has broken above 52-week highs. With just a slight upwards tick, we could see gold advance strongly into a confirmed bullish trajectory that attracts the retail crowd, along with the institutional investors.

The fact is that because of the trading history of gold since its 2011 high, it’s going to take more confirmation than ever to convince the market that it’s going higher with conviction. I’m a believer, and for me, the writing is on the wall. 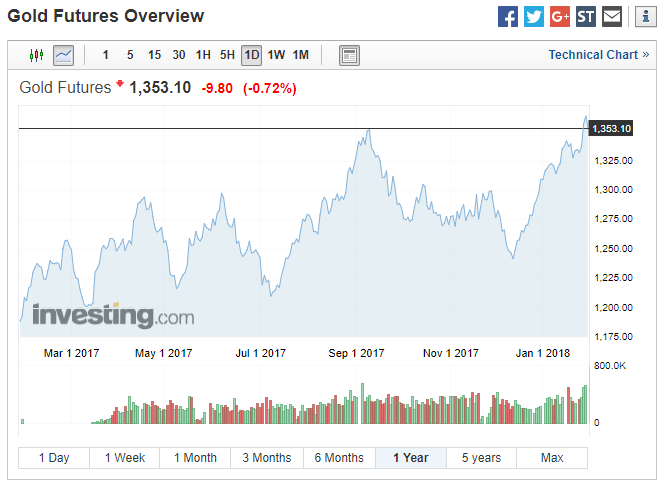 At this point, gold could be $1,400 and beyond before we even know it. The investment thesis is playing itself out. We have a weak dollar policy, bonds are collapsing, and commodities and oil are rising.

We will see gold get out of all of its downtrends and break upwards through all of its moving averages. After, the firework show will begin.

By the way, the U.S. dollar has hit another low against the Chinese yuan. This will have serious implications if it’s sustained, considering China is our largest trading partner and the primary holder of our debt. 2018 could be the year the USD and the CNY go 1-to-6.

With many factors at play, financial landscape could get turned on its head in a hurry, so stay tuned.

***Keep a lookout for an alert I will release on Sunday evening. We want to be sure we’re positioned correctly as the trends unfold.***