How to Dramatically Lower Your Cell Phone Bill

For most people today, a smartphone with a data plan has become a necessity, or at least a very important convenience. Modern smartphones have dramatically increased our quality of life by allowing us to perform all sorts of tasks and amusements while on the go – when I travel for business, the convenience of my smartphone is a huge help. It allows me to keep up with email, get flight updates, change flights, book taxis and hotels, etc. In my case, my employer reimburses me for my cell phone bill up to $125 per month, so I really don’t have much of an incentive to spend less than that. For those who have smartphones with a typical data plan with one of the four major carries (AT&T, Verizon, Sprint, T-Mobile), your monthly bill usually runs over $100. There is a new disruptive competitor out there, however, that is starting to shake up the mobile industry with innovative and much lower priced plans.

Here’s how they reduce their prices so dramatically: they use Wi-Fi rather than the cellular network the vast majority of the time. Most internet providers have been aggressively expanding their Wi-Fi networks and view these as a critical strategic investment for the long-term. There are many reasons driving this, but the bottom line is that Wi-Fi networks have become so ubiquitous that it is now feasible to use them in lieu of mobile networks. The technology is called Hybrid Calling, which means that when the user is in range of a Wi-Fi network, all traffic (calls, text, data) is routed via Wi-Fi, which for a number of reasons is much cheaper than mobile. On rare occasions when the user steps out of range of Wi-Fi, the traffic is seamlessly transferred over to either Sprint’s 3G or 4G network, and the company then pays Sprint for routing its users’ traffic.

Who is this innovative company? They’re called Republic Wireless, and their plans start at just $5 per month (yes, you read that right!). Here are their basic plans:

All of these plans come with no strings attached – no signed contract, and in addition, you can change your plan twice in a billing cycle without incurring additional fees. This is useful if you know that for a time you’ll be in an area without Wi-Fi, or conversely, you’ll be in an area where you can use Wi-Fi exclusively, and you can then change plans appropriately. There is a small catch in the data plan: the data is “unlimited”, however, if you use more than 5 GB of on-network data (i.e. not on Wi-Fi) in two consecutive billing cycles, the company reserves the right to reduce your access to on-network data. Given that the typical cellular plan starts at only 2 GB of data total as a cap, this is still a far better deal than your average plan.

The only downside at present is that phone selection is fairly limited, and, since there are no contracts, the cost of the phone is not subsidized. If you are the type of person who absolutely must have the latest iPhone or Samsung, then unfortunately this won’t work for you. They offer four Motorola smartphones ranging from $99 to $399. All are decent smartphones, but you won’t get the same quality as the latest and greatest smartphones from industry leaders like Apple and Samsung, so again, if you must have the latest and greatest smartphone technology, then this won’t be an option for you.

If you do decide to sign up and buy a phone, given the dramatic savings you’ll realize on your monthly bill, you can amortize the cost of the phone fairly quickly. Also, the major mobile providers are moving away from cell phone subsidies, so this competitive gap will continue to narrow. Mobile providers have found that the large up-front investment in subsidizing smartphones was too much to justify in the long run.

Lastly, as always, be sure to check their coverage map to ensure it meets your needs.

Logan Hertz works as a business strategy consultant in Atlanta and freelances as a personal finance expert. If you are interested in clever, easy ways to increase your income and reduce your costs, email him.

© 2015 Logan Hertz – permission to reprint is gladly given, provided the author is given credit

How to Dramatically Lower Your Cell Phone Bill 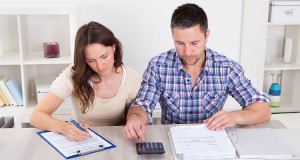 For most people today, a smartphone with a data plan has become a necessity, or at least a very important convenience. Modern smartphones have dramatically increased our quality of life by allowing us to perform all sorts of tasks and amusements while on the go