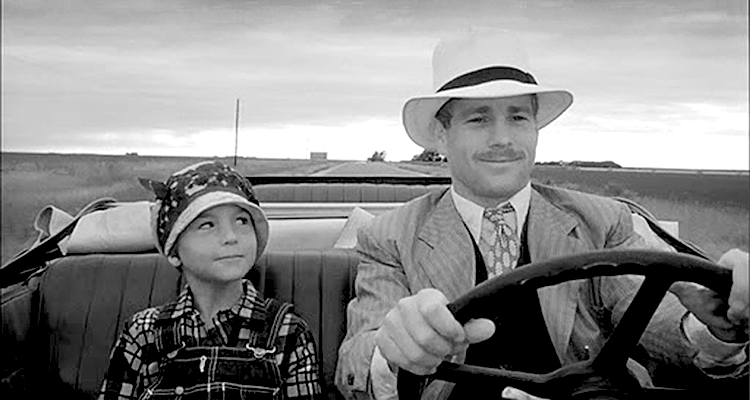 Your employees on Capitol Hill are hard at work this week attending a meeting about a meeting to discuss a bill connected to the first bill resulting in objections to the objections. They are very efficient at spending your cash while lacking in empathy for what the average American is dealing with today and what we’re in store for in the not-too-distant future. The House expedited its machinations yesterday and Senators are espousing their own carefully crafted speeches today as I respectfully wait on a final “yea” or “nay” to punchline my rant.

McConnell Ties Bigger Stimulus Checks to Internet, Voting Issues… “Senate Majority Leader Mitch McConnell suggested Tuesday he won’t bring up the issue of bigger checks for American households for a vote unless it is also accompanied by action on legal protections for technology giants and a look into voting irregularities, potentially dooming quick passage of the additional aid. ‘This week, the Senate will begin a process to bring these three priorities into focus,’ he said, before objecting to Democratic requests to consider a House bill to boost the $600 payments to $2,000.’ Sen. Bernie Sanders, Independent (Socialist) from Vermont, has threatened to throw the Senate schedule into disarray by saying he would attempt to filibuster a vote on overriding President Trump’s veto of the defense policy (NDAA) bill unless there was a vote on the stimulus checks.” – MarketWatch, Dec. 29

Senator McConnell blocks initial Senate request to vote on $2,000 stimulus checks… “‘Let me be clear: If Senator McConnell doesn’t agree to an up or down vote to provide the working people of our country a $2,000 direct payment, Congress will not be going home for New Year’s Eve,’” Sanders said in a statement late Monday. ‘Let’s do our job.’” – Lex18, Dec. 29

And there you have it. Moments ago, McConnell adjourned the senatorial goat rodeo until sometime tomorrow, Dec. 30. No more soup for you today, peasant!

The ”CASH Act” in no way shape or form could possibly rival the cult following of  “Paper Moon.” If you are not savvy to nor appreciate that classic film, I suggest you watch it as soon as possible, along with “Harold and Maude,” which may be collecting dust on your DVD favorites shelf, as Capitol Hill plays with your fiat and emotions. Paper signified the money involved in the father/daughter (citizen/politician) relationship as the common denominator that drove their actions throughout the movie. The Moon (your inner world and emotions) relates to how Moses and Addie were forced to reconcile their differences and learn that they really cared about and needed each other. Also, be sure to read the lyrics from Nat King Cole’s “It’s Only A Paper Moon.”

When comparing the Moon aspect to today’s deteriorating relationship between “we the people” and the politicians that are supposed to represent our republic, it’s definitely headed for a disastrous reckoning. The emotion-driven socialist left is seeking an infinite flow of free stuff from a conservative right to continually rob Peter to pay Paul while sinking the American hegemony that is kept afloat by an ocean of fiat monetary debt and fiscal policies.

The irony of Rep. Richard Neal’s comments on the House floor yesterday is that he was correct in saying a $2,000 check is not stimulus, but borrowing more to achieve his perceived near-term stability ignores the reckoning of a growing storm on the horizon that is no longer possible to avoid. The relationship between the people and Capitol Hill is headed for divorce over irreconcilable differences no matter how the CASH Act plays out.

“This is not about stimulus, this is about stability” – Rep. Richard Neal, Dec. 28

A movement is brewing under the surface that is building a different kind of third political party, the Serve America Movement (SAM). The following video actually has nothing to do with SAM, but it is a good representation of how some folks feel about the underlying dystopia building within the country.

Regarding current monetary policy and your cash, consider the following data points.

Near-Disaster in U.S. Treasuries Lights a Fresh Fire for Reform… “The U.S. Treasury market’s brush with disaster in March has reawakened calls to overhaul the underpinnings of the almost-$21 trillion cornerstone of the global economy and ease pressure on the Federal Reserve to step in with massive lifelines. Bond liquidity vanished nine months ago as investors panicked about the pandemic and stopped trading, forcing the central bank to pick up the slack and buy debt at an unprecedented speed and scale to get the business functioning smoothly again.” – Bloomberg, Dec. 18

The ultimate experience of robbing Peter to pay Paul is when a nation must purchase its own sovereign debt in order to stay afloat. 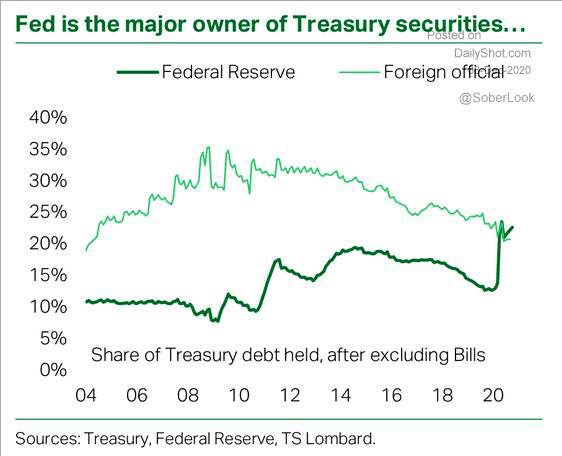 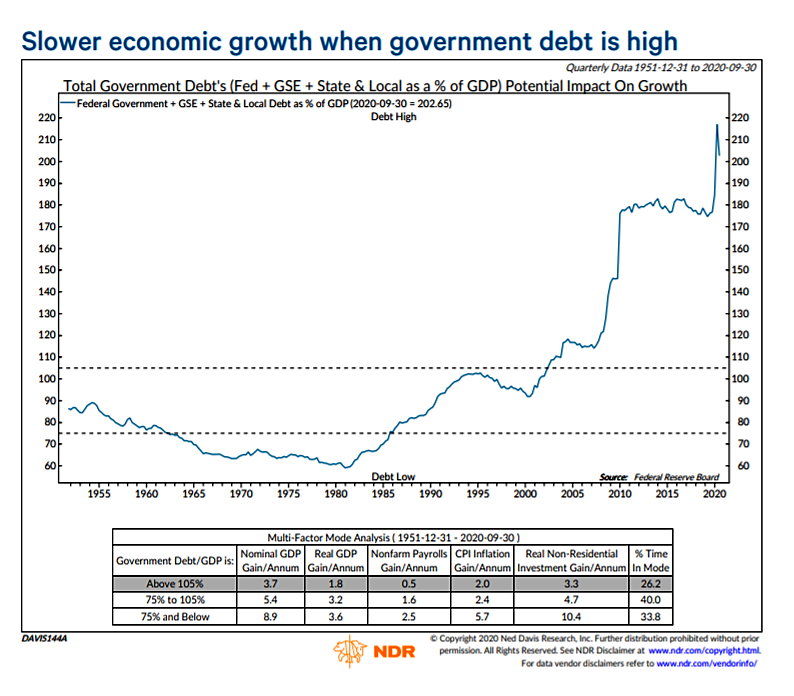 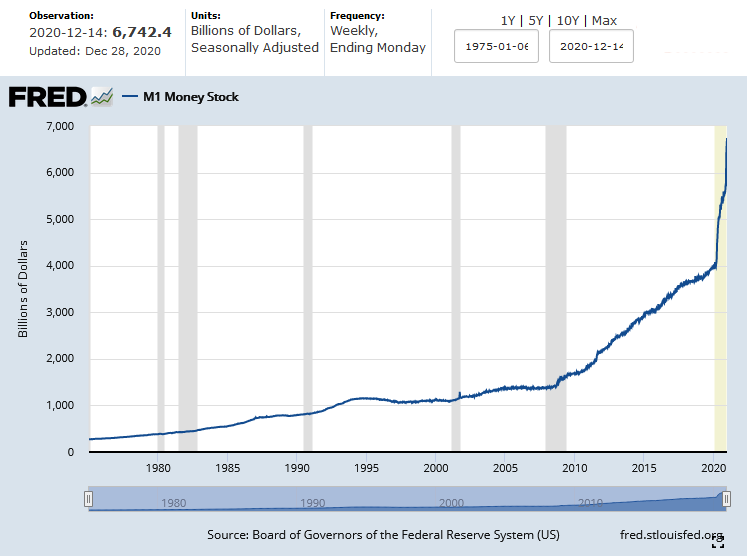 The U.S. National Debt Clock chimed in at $27.5 trillion this evening. Are you feeling stimulated and do you believe there is a way out of this? 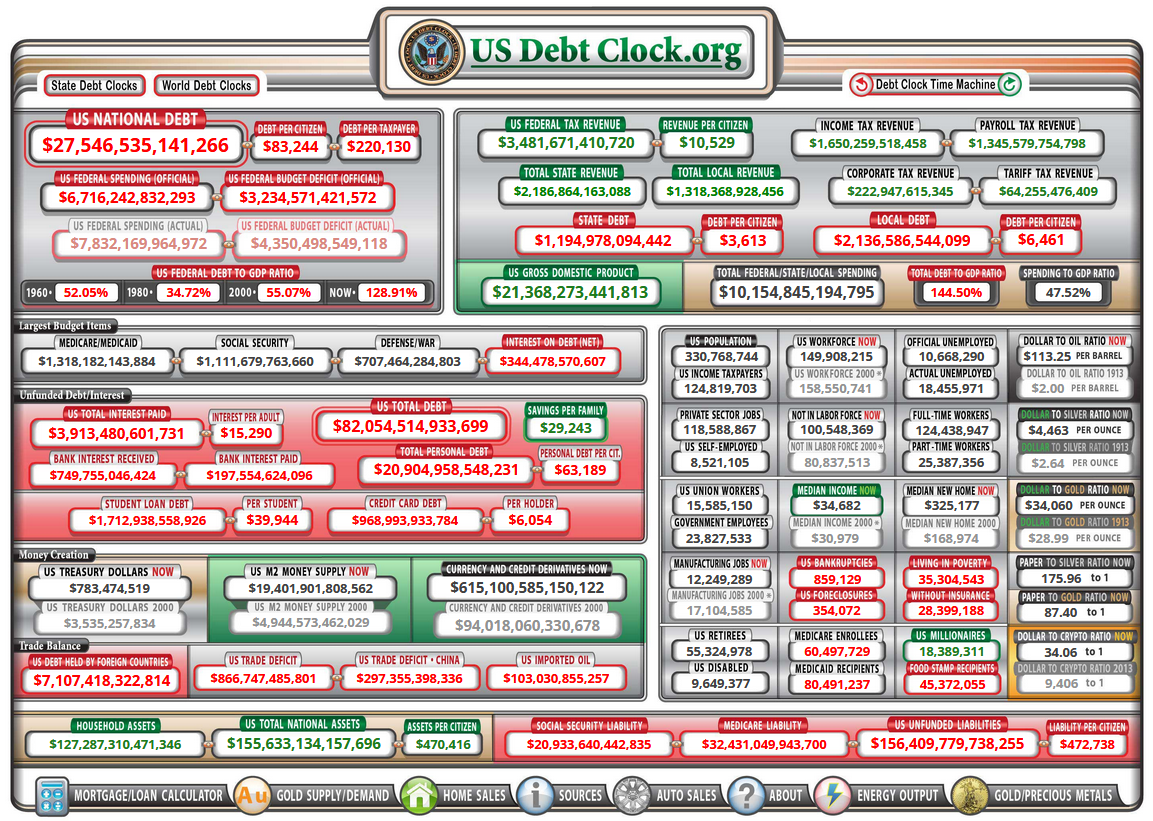 The current U.S. Debt to GDP ratio is at a whopping 127%. We’re screwed and no political party can fix this. The debt is unpayable and interest rates must remain near zero in order to service it for a while longer. 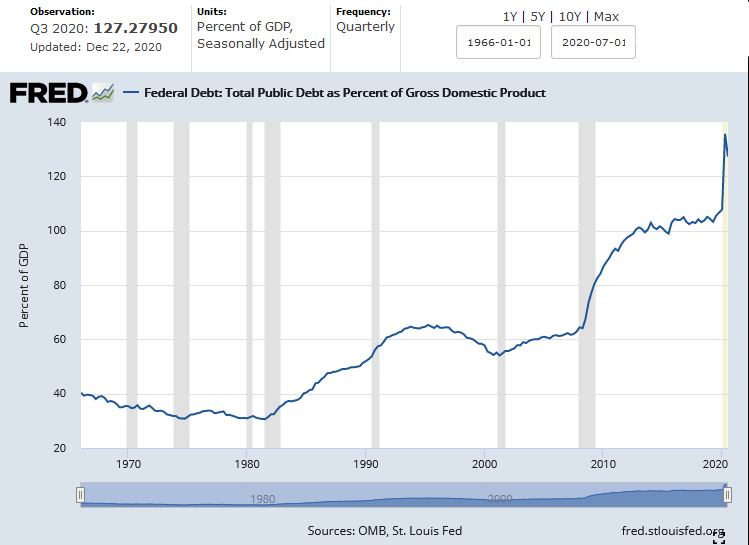 A Nation’s Economy Divided: Breadlines vs. Bread Makers… “An economy is its people. Alongside the 19 million infected and more than 330,000 killed in the coronavirus pandemic in the U.S., there are millions more whose lives have been upended by the economic collapse that has come with it.” – Bloomberg, Dec. 29

On a lighter note with a happy ending, sit back and enjoy the following clip from Paper Moon. Take note of the $20 bill labeled as “National Currency.” Currency is a transactional piece of paper vs. gold and silver, which are money with intrinsic value. 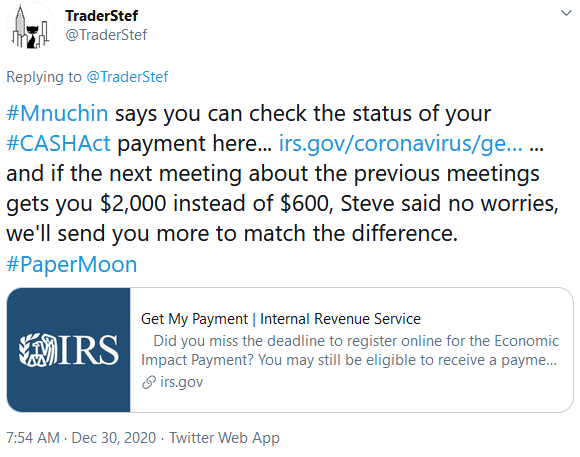 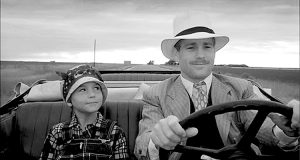