Advancing into Deflationary or Hyperinflationary Depression, or Both

“The only thing that truly trends is humans extrapolating their rates of return emotionally. Everything else will regress to the mean at some point.  Investors are being given a gift and do not see it.  Every rally in stocks should be used to lighten exposure to a crash and every corresponding dip in gold should be bought from a balanced portfolio approach.  You should be peeling back equity exposure on every new high and adjusting your risk into something that is stable, holds buying power, and is liquid. That is the point of investing. Your home, your art, and your bitcoin will not fit those guidelines.  Gold and silver do.  Do you think the millennials will be buying your 401k shares in 5 Years? Don’t be naive. No one went broke banking profits. And the Fed is handing you an opportunity to retire with enough money now as they have moved the housing bubble back into the stock market. It took 10 years. Do you have another 10 years to wait if we crap out again? Protect your profits now.” – Vince Lanci, Dec. 8

The current financial dilemma we find ourselves in after the Federal Reserve has been at the steering wheel for over a century is whether we will experience a deflationary depression, hyperinflationary depression, or a combination of both in the near future.  There are history and a good argument for all three possibilities, and an outlier is that we have been in a depression since the Great Recession. In between the frothy headlines of new stock market highs and median home price appreciation that is greater than the previous bubble, some analysts and mainstream media folks have asked a very good question: why is the “recovery” not stronger after trillions in bailout and stimulus programs were rammed through the digital pipes of Wall Street?  The overlords have told us for years that stronger growth is just around the next “transitory” corner.  Perhaps the new POTUS will successfully initiate the structural changes necessary to experience a robust recovery, or maybe problems are baked in the cake and it will be necessary to experience a Das Boot ending before coming out the other end with some form of stable prosperity.

“If this ‘cycle’ seems strange to you there’s a good reason. The current economic slump is not cyclical; it’s structural. This is a new depression that will last indefinitely until structural changes are made to the economy… that have nothing to do with money printing by the Fed.  This is why money printing has not fixed the economy.  The soup lines are here. They’re in your local supermarket.” – Jim Rickards, Dec. 2014

About those soup lines… 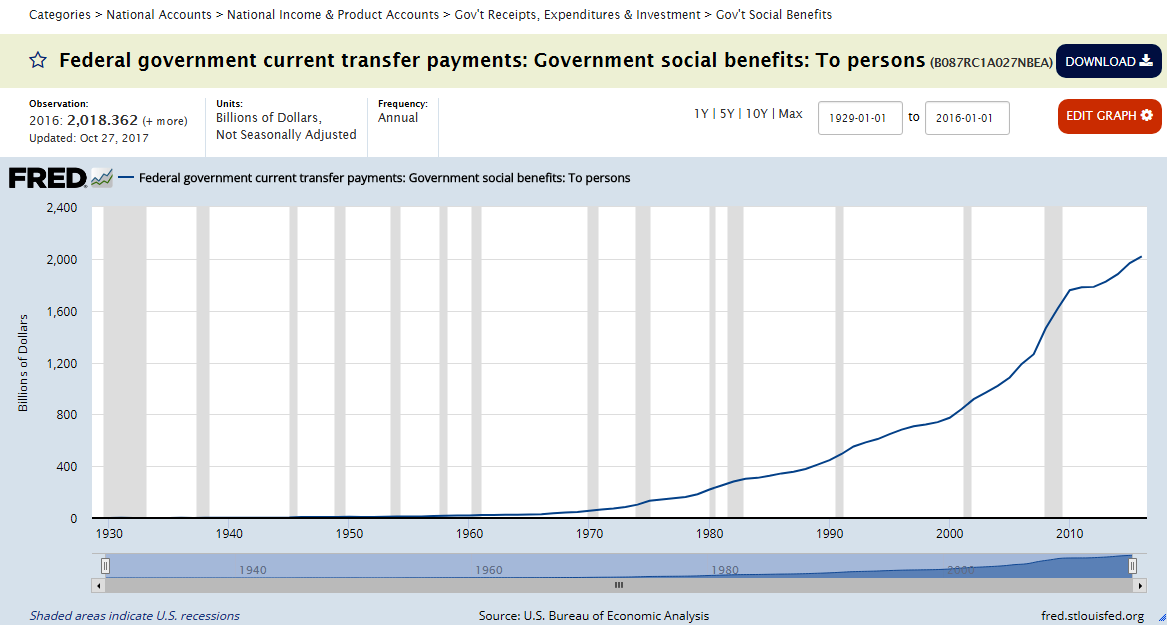 Expect a deflationary depression if the Fed does not keep buying debt and printing digital dollars, or expect hyperinflation that can morph into deflation if they do.

If the Fed were to stop creating digital debt and dollars within the fractional reserve structure, our economic engine would resemble the horsepower of a lawn mower as the Velocity of Money collapsed to near zero.  Banks will fail, and the average Joe will lose a large percentage of their bank deposits. Corporate debt will default, causing a tsunami of unemployment that will create a bankruptcy wave from the stratospheric household debt.  Taxes paid to local governments and the U.S. Treasury will plunge.  The welfare and pension benefit programs that so many are dependent upon will collapse.  The military would need to be downsized and brought back onto homeland soil.  Equity markets will experience flash crashes that no investor ever thought possible.  Interest rates will soar in order to entice investors to buy bonds, and the 30+ year bubble will burst without mercy from bond vigilantes.  The new real estate bubble will pop louder and deeper than ever before.  All social classes will suffer.  Did I miss anything?  Yes, everyone would be crying for the government to do something.  Just a reminder, the Fed is not a government agency, but rather a private banking institution.

If you think the above is bad, hyperinflation may be worse.  The dollar would drop precipitously in value, making the production and consumption wheel of fortune a very difficult circle to navigate.  Keep in mind that between 1783 and 1913, the dollar was a real store of wealth. With the exception of wartime periods, the inflation rate was near zero in the U.S.  If you saved one dollar in 1800, a hundred years later, you were still able to purchase a similar amount of goods and services with it.  Since the Fed took over in 1913, its value has collapsed 95%. By using the government’s own data, the purchasing power of $100 in 1913 would require $2,492 in 2017, or an increase of 2,391%. 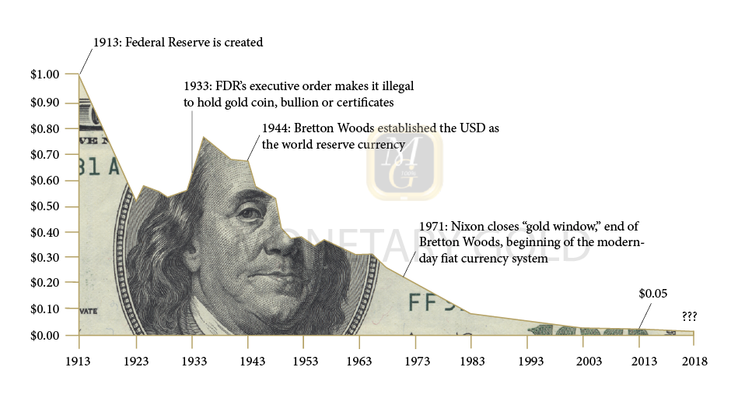 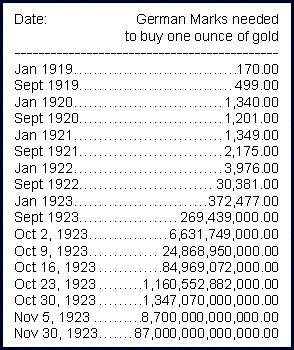 Foreign investors and sovereign funds will dump trillions of dollars onto the market for something of real value, and those dollars will end up back in the U.S.  Corporations that were heavily in debt might survive because their debt will be inflated away, but those with healthy balance sheets that created value will suffer the consequences. Unemployment numbers could be worse than with deflation, and the folks who were over-indebted by living beyond their means will be rewarded, but the good folks who saved for a rainy day end up paying dearly for their moral fortitude.  Government debts will be erased, and they will grow in power as a consequence, happily answering cries from the public to help with more regulations and loss of liberty.  The stock markets and real estate values will crash at first, but could take off into the stratosphere as people attempt to get out of dollars and into something viewed as an asset.  The wealthy class will benefit the most if they’re financially positioned in advance.  Imagine being able to purchase a city block of apartment buildings with one ounce of gold…

How does the hyperinflation and deflation scenario play out?

“As money printing escalates hand in hand with defaults, the world will experience hyperinflation on a level that no one can imagine today. At that point debt will probably have grown to tens of quadrillions. Most people will of course say that it would be impossible for debt to grow to these levels. Anyone who has studied historical debt defaults, money printing and hyperinflation will realise that during these periods, debt grows to many times the original debt.

Money printing and hyperinflation become a vicious circle that feeds on itself. Powerless central bankers lose total control and just panic into the next level of money creation. In the end it all fails of course, since printed money can never create wealth. At that point, the hyperinflationary depression turns to a deflationary depression. All credit disappears into a black hole and so does a major part of the financial system. The assets backed by the printed money collapse in value by 90% or more.

So can we avoid hyperinflation. Yes, that is possible if central bankers are too slow to react as defaults start. We would then go straight to a deflationary collapse with a total failure of the financial system, and a very severe and long depression.

Thus, either we will see a total destruction of paper money in a hyperinflationary scenario or a collapse of the financial system in a deflationary implosion of assets and debts. The most likely in my view is that we will have both. First hyperinflation and then deflation. But even during the hyperinflationary period, debt and bubble assets will deflate as commodities, including food, hyperinflate.” – Egon von Greyers, at Gold Switzerland

In the end, any recession/depression cycle inflicts consequences upon us all, and I don’t have an answer to the headline of this article.  What I do know is that no man is an island anymore.  If I had to say what new Fed Chair Jay Powell will choose to do when push comes to shove, he will likely inflate away, as central bankers fear deflation the most.

A good read to end this article is Countdown to a Bubble Burst, by Swarajya Magazine, out of Bengaluru, India.